You Can't Unpoor the Poor. But You Can the Middle Class... 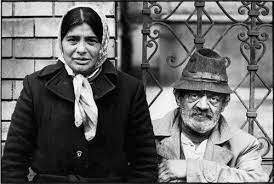