The Failures of Frank Lloyd Wright 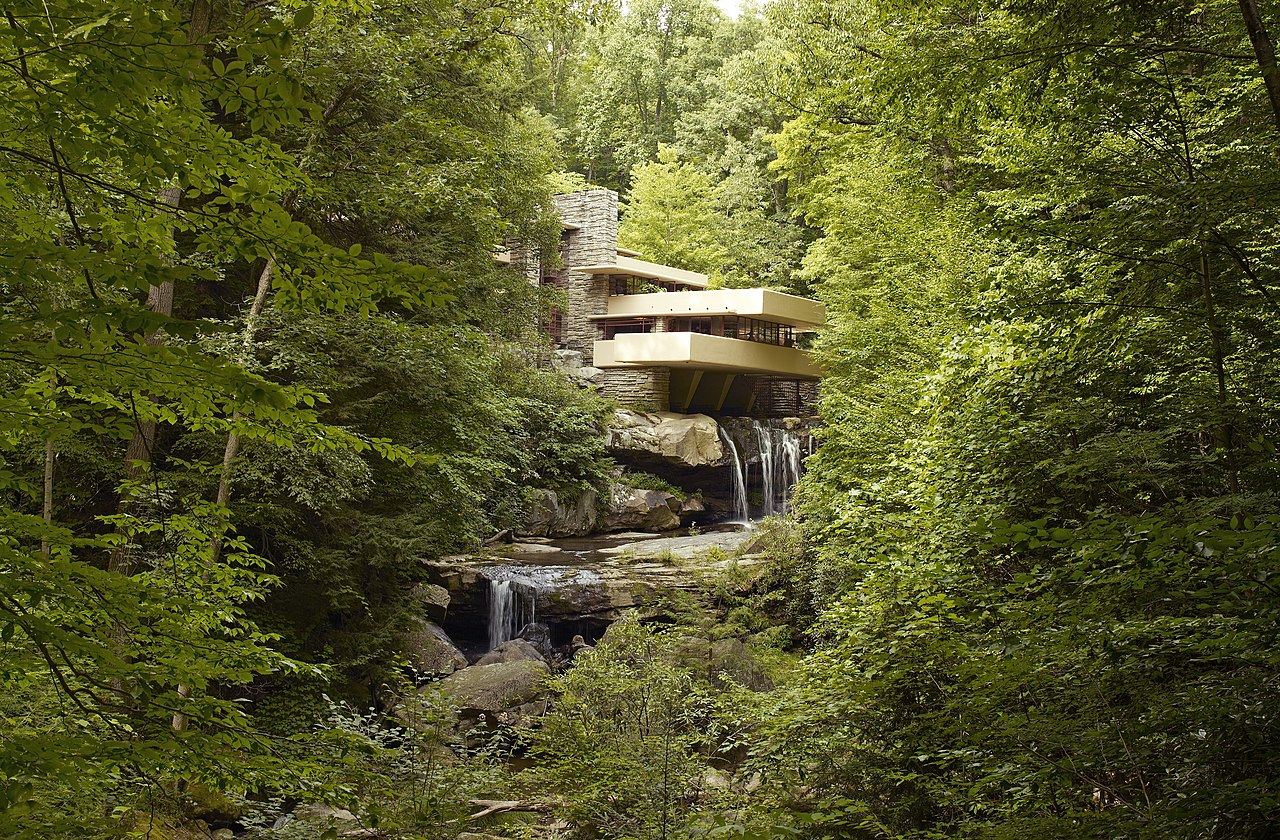 Arguably one of the most influential architects of the 20th Century, Frank Lloyd Wright's career was marked with one failure after another.

As I noted in an earlier posting, Failure is Always an Option, and even inevitable.  And yet the mainstream media, that lovely source of poor normative cues that leads to depression, would have you think otherwise.  They want you to believe that there are supermen in the world, who do no wrong and never make mistakes.   And this is an asinine proposition, and largely what is wrong with things in the world today.

Our politicians and public officials are held to standards so high, that no one could meet them.  People like Washington, Jefferson, and even Lincoln would have been sacked early in their careers, by today's standards.  After the Battle of New York, calls would cry out for replacement of the "incompetent" Washington - if he were held to today's standards.  And Jefferson's sexual peccadilloes would surely have gotten him impeached, if we held him to the standards applied to Bill Clinton.  And Lincoln?  A failed lawyer and businessman who lost eight elections.  By today's standards, he would be relegated to obscurity.

What about Wright?  We laud him as a great architect, and if you are in New York, you really should see the Guggenheim, the crowning achievement of a career that spanned over 70 years.  Yet the Guggenheim has its flaws, as does Fallingwater, his other signature work.  Recent renovations at Taliesin reveal foundations consisting of little more than beams set on raw earth, or in some case, ashes.  In another celebrated project, he argued with his own son on the suitability of using "decomposed granite" in retaining walls without reinforcement.   Much of what he designed had structural flaws, roofs that leaked, foundations that cracked.

And his life was filled with controversy and tragedy - starting early in his career, when he moonlighted for clients in addition to his day job with another architectural firm.  He was controversial, and often his designs were ridiculed and despised.   Many of his greatest projects were never built.   Others, unappreciated, were torn down or remodeled beyond recognition.

But yet, in spite of all of this, he is recognized today as a genius and a trend-setter whose visions are part of the architectural landscape today.  And yet, his life was filled with setbacks, failure, and mis-steps.  He was not a failure by any means.   But successful people fail, all the time.

The media paints a different picture of the great and the near-great.   According to their myopic view, they never fail - just pile one success atop another, until they are at the top of the heap.  But it ain't really so.

Even the best batters strike out on occasion - actually more than half the time.  And even the best pitchers can't always pitch a perfect game.   People make mistakes, and still succeed.   No one, not a human being, anyway, can be perfect all the time.

So what is the point of all this?  Well a few things, I think.

1.  Expect failure in your life - expect things to not work out as you plan.  This is the norm.

2.  Expect yourself to be weak on occasion and guard against this by setting up your finances to avoid weakness.  Gambling responsibly is a nice theory - not going into a Casino at all is a better option.  Similarly, relying on being "perfect" all the time with regard to a high-interest rate credit card is just asking for trouble.  Get a low interest rate one, so you are better off when the inevitable happens.

3.  Don't be depressed when you make mistakes, succumb to human weaknesses, or just fuck everything up royally.  We've all done it (boy howdy, I have!) and still come out the other end of foreclosure, being fired, flunking out, getting divorced - or whatever - pretty well intact.  The media touts being perfect all the time, because they want you to be depressed.  They want you to think there is something "wrong" with you, as you are not perfect like the people on TeeVee.   The want you to be depressed.  Depressed people make excellent consumers, particularly for media.

4.  Expect weakness and imperfection in others.   When a political candidate makes a slip of the tongue, don't castigate him.   But think hard about the opponent who intentionally sets out to make a big deal of it.   Who is pretending to be perfect (when we know he is not?) and who is admitting to human weakness?  Similarly, expecting perfection in our spouses is not realistic.  Having a laundry list of "if he ever....I'm out of here!" is not the sign of a strong marriage or realistic expectations.

The bottom line is you can fail - and fail a lot - and still succeed.   This does not mean you should intentionally set out to fail, but rather expect failure as a part of life and try to learn from it.  Probably the only "mistake" you can make is to never learn from your mistakes, I guess.