How Much Does It Cost to Own A Car? 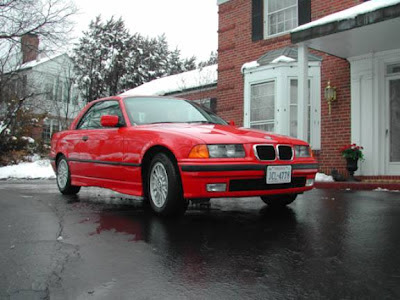 How much does it really cost to own a car?  More than we think!

Most people don't like to think about the cost of their cars.  Or if they do, they think of it in simplified terms.  "This new KIA costs me $149 a month in lease payments!" they crow, neglecting to think about the $3000  they put down on the deal.   But moreover, they fail to take into account insurance, fuel, repairs, and other "hidden" costs that add up to more than the purchase price of the car, over time.

Simply stated, we spend thousands and thousands of dollars a year on cars, and many folks simply can't afford this, which is what drives them into the poorhouse.   Or, they buy a brand-new car, cannot afford to properly care for it, and as a result, it barely outlasts the payments.

And yet, with regard to the latter, we are just as blind in determining actual costs.  Just as the fellow crows that his KIA costs only $149 a month (which is not nearly the actual cost) he thinks, that since it gets 30 miles per gallon and gas is "about three bucks" that he is spending only about 10 cents a mile to drive it.  However, oil changes, tires, brakes, and repairs can inflate this number to double that, in a hurry.  And likely, he isn't getting 30 miles per gallon and is paying more than $3 a gallon for gas - at least today.

Let's examine these costs in a hypothetical example and see what we come up with.

First, let's examine Variable Costs:  These are costs that vary with usage.  The more miles you drive, the higher these costs run.

1.  Gasoline.   Say you get an average of 20 mpg with your mini-SUV.  At $4 a gallon (coming soon to a gas station near you) this works out to 20 cents a mile.  You can play with this number, based on gas prices and gas mileage.  For example, 30 mpg brings this down substantially to 13 cents a mile.  $3 a gallon gas brings it to 15 cents a mile.   Interesting how gas mileage and the price of gas trade-off in savings - and why so many people would rather just see lower gas costs than get an efficient car.  But efficiency pays.

If we assume a typical car, having 5 quarts of oil and a filter, at about $3 a quart and $3 a filter, you are looking at $18 just in costs.  A more realistic price would be $30 or so, with many cars running $50 to $100, particularly for synthetic oils and esoteric filters (BMW, Mercedes).

And of course, there is change interval, which is like a religion to some folks.   Jiffy lube will say to use regular oil - but change every 3,000 miles.  BMW says to use $12-a-quart Castrol Syntec, (and all 8 quarts of it) but to change only every 12,000 miles or so.

4.  Brakes:  Brakes are a wear item, and how long they last depends on your driving skill and style.  The X5, for example, had pads replaced at 25,000 miles with the original owner.  The second owner had the pads and rotors replaced at 50,000 miles.  That is pretty typical wear.  The car now has 130,000 miles on it, and I have yet to replaced pads or rotors.  My driving style has gotten more than three times the use out of the pads and nearly double the wear out of the rotors.

5.  Repairs:  This is hard to quantify, as how much repair a car needs depends on the age, model, make, and your driving skills, as well as how you take care of a car.  Some items, like batteries, will need to be replaced on a regular schedule.  Others, like oxygen sensors, are replaced at 100,000 mile intervals.  And of course, you can buy a car, never service it, and end up with a clunker that you unload later on.

New car fans will argue that having everything covered "under warranty" is great, as it eliminates repair costs.  However, the huge depreciation (see below) far outweighs these sort of repair savings.

And often, repairs costs are independent of mileage.  A car battery goes bad over time, not based on mileage.

Now Let's look at Fixed Costs:  These are costs that you incur regardless if you drive 5 miles or 50,000 miles.  They are the fixed overhead of owning a car.  We can figure these out on a per-mile basis, as we did with repair costs, by assuming the 15,000 mile-per-year average that most Americans drive.

1.  Depreciation:  This is the biggie and it varies from new car costs (the highest) to clapped-out junkers (the lowest, but highest in terms of repairs).  In general, a car depreciates 50% in value every 5 years, until it reaches scrap value.  This cost will depend on how expensive a car you buy and how new it is.

And as you can see, the more you drive, the lower this cost-per-mile is.  Yes, a lower mileage used car is worth more - but not that much more to offset the difference.  There is little or no savings in keeping a car in your garage, in terms of depreciation.

You buy a brand-new car, and pay $40,000 for it, you can easily double this figure.  Yes, you save that 5 cents a mile in repair costs, but you add in 13 cents more per mile in depreciation.

2.  Insurance:  This also is based on mileage, as the more miles you drive, the higher your costs are.  I pay $15 a month for basic liability.  You likely don't.  And if you have a loan, you have to have collision and comp.   How you drive, how old you are, and how many accidents and tickets you have all vary this all over the map.  Let's assume $1500 a year for collision and comp and liability, with $500 deductible for that $20,000 Camry that you have a loan through the credit union on.  This is not atypical.  That works out to a ten cents a mile, which is pretty staggering, when compared to other costs.

Total Cost Per Mile (fixed and variable costs):  About 55 cents a mile.

The last number may come as a surprise to many.  In my hypothetical example, the consumer is driving a lightly used Camry that he bought for $20,000.  The idea that a $20,000 car could cost over $8000 a year to run, would seem preposterous to most.  But it easily could, when you add up all the costs involved.

And you can play with these numbers if you want - the point is, play with them, include them all, tweak them, but be sure to add them up and don't neglect anything.

For example, if you say you want to lease a car, well, your depreciation will be a lot higher (take the total cost of the lease, including the down payment and and back-end charges) even if your repair costs are less.  But bear in mind that things like tires and brakes are often not covered by warranty, but are considered wear items by many manufacturers (a friend of mine turned in a leased car recently, and was told they had to pay for four new tires!).  Other manufacturers cover some of these things - BMW covers "maintenance" for four years, 50,000 miles, including brakes.

A brand-new car will require more insurance, too.  A used car, less, but may have higher repair costs.  These factors balance out, in many cases.  It is like pulling on a wad of salt-water taffy.   You can pull one way or push back another.

If you are a careful driver and are handy with tools, you can control many of these costs to your advantage.  As I illustrated in the brake example above, by driving carefully and coasting to a stop (as opposed to using the service brakes at the last minute) I can decrease the wear on this item considerably.  And at 1.5 cents per mile, this is a considerable savings - hundreds of dollars a year.

Similarly, driving more slowly and driving for mileage can decrease your fuel costs - which can be as high as, or higher than, your depreciation costs.

Owning an older car that does not require collision insurance, for example, can also decrease your insurance costs considerably - from $1500 a year to $250 a year.  And again, driving more carefully and slowly will decrease these costs dramatically as well.  Driving fast and getting into accidents drives these costs through the roof.

When I started this blog, I had six cars - three BMW convertibles, including the one shown above, plus our pickup truck, the X5, and a 1948 Willys Jeep.  Since they were all "paid for" and I did not drive any of them very far, I thought that they didn't cost me much to own.  After all, what is the real overhead on a car you drive maybe 5,000 miles a year - if that?

Don't get me started on the boats....

A lot of these costs are "hidden" to the consumer, as they are spread out in tiny incremental transactions - a tank of gas here, an oil change there, a set of tires somewhere else.  And the depreciation costs - usually the largest single expense - is never really "realized" until you sell the car, and even then, most people never do the mental calculation and do the math on the overall costs.

Why did I have that many cars?  Well, we had two homes, and having two cars each, at each home, didn't seem too extravagant.  And then you have to have a hobby car, right?  Or a Jeep?  Or an old truck to drive to the dump, right?

It pained me to sell the car shown above.  Yes, it was as nice as it looked, and it was fun to have.  But the cost per year was killing me.   And I started to realize that having a fun toy was costing me an extra year of work until I could retire.

Obviously, in the USA, many of us need cars to get to work.  But realize how much a car is costing you and costing your estate, in terms of overall wealth and damage to your net worth.  If you are paying thousands of dollars a year to own a car - and have several in your driveway - it could represent a substantial portion of your disposable income.

If you are complaining about living "Paycheck to Paycheck" then take a look in your driveway.   Chances are, the problem may be sitting right out there.
Newer Post Older Post Home