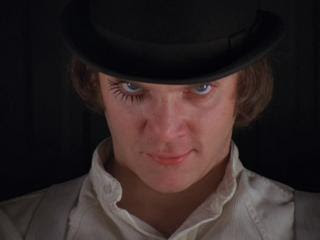 The serial rapist is coming for YOU!  Or maybe Obama is, I can't remember which.


You get an e-mail from a friend.   In it, or in a link attached to it, is an alarming message!   "Please pass this on!" the e-mail pleads, "The mainstream media won't report this, because they don't want to alarm anyone!  But if it saves one life, it is worth it!"

The attachment or forwarded message then goes on to tout some alarming trend or event.   They can take on one of a number of forms:

1.  The Psycho Rapist/Slasher:  Women are being victimized in the mall by rapists waiting under your car, or spraying you with perfume samples, or whatever.

2.  The Financial Ripoff:  There is a new scam going around where people are going to steal your identity.  Better cover up your license plates!

3.  The Political Hack:   Clinton/Bush/Obama is going to declare Martial Law and take away our Guns/Gay Marriages and we know this is true as a Wal-Mart truck overturned and all the "Martial Law" signs spilled out.

4.  The Missing Child:  Little Tiffany has been snatched from the trailer park!  Pass this on!  We all need to drop what we are doing and go look for little Tiffany!  Nine times out of Ten, little Tiffany doesn't exist, and in the other one time, either she was found 5 years ago, or she was a teenaged runaway.

5.  The Helpful Tip:  Not really a fear-seller, but the message offers a helpful tip to let you in on a little secret in life.  You can take apart a lantern battery and get a zillion AA batteries for pennies!

Let me just reiterate that none of these types of messages are true at all.  So why do people send them?  There are two reasons.  First, people like to be able to share special inside secrets for those in-the-know.   Everyone wants to know about the secret backdoor entrance to Disney World, where there is no line, or how to get a special deal that the rest of the plebes aren't part of.  And hoarding this supposed information and parceling it out to special friends is something that people like to do.  "I'll let you in on a little secret..." people say.

But of course, there aren't any little secrets.   And the best advice is often common sense - but no one wants to hear that, and no one feels "special" dispensing that, do they?

The second reason is just fear-mongering.  The political types want people to be afraid of Clinton/Bush/Obama, and the fact that they use the same scare-stories about both Republican and Democratic candidates is telling.  Fear also sells, too.   Crank up the fear, you crank up gun and alarm system sales.

Fear of the Mall Slasher is one reason most cars today only unlock the driver's door first, and then unlock the remaining doors after a second push of the button.    We don't want to let the Mall Slasher into our car!  No one bothers to think that the Mall slasher could just grab our key fob, open the car, and force us into it, if they really wanted to.   But no, that is not the case, and this fear is now engineered into our cars.

What is the harm in these messages?  A number of things.  To begin with, as I have noted before, people's perception of crime has always been a lot higher than the actual incidence of it.  Think about it - what are about half the TeeVee dramas about?  Crime.   As a result, people live in fear - unnecessary fear - which leads to depression and learned helplessness.

This level of fear also makes it easier to isolate people and set them against one another (the old "divide and conquer" technique) so that the average Joe Citizen doesn't think his real enemies are perhaps the people slowly bleeding him to death financially, but the unseen mugger who is ready to steal his wallet.

It is the old distraction game, used on a widespread social-engineering basis.   Don't worry about the nice man at the car dealer who is ripping you off to the tune of $5000 or more by leasing you a car, worry about that suspicious looking young black man in the hoodie.  Right?

And by the way, you should lease a brand-new car, so you don't break down on some deserted road and be killed by the Serial Slasher or robbed by the aforementioned Young Black Man in a Hoodie.  Right?  That is how fear can be used to persuade you to make a poor economic decision.   And yes, I have had so-called rational people tell me this, with a straight face.

Fear bootstraps upon itself and sells a lot of product.   People hunker down in their homes and send out for Pizza, rather than interact with a society at large.

So how do you avoid this fear and why should you?

Well, the easiest way to avoid it is to not watch television.   Despite what these e-mails say about the "mainstream media" not reporting fear-mongering, that is just about all they do.   The second thing to do is not read or believe these fear messages, and if a "friend" sends these to you, find a new friend.  Seriously, people like that are just a drag on your psyche, and you are better off without their constant fear-mongering entirely.

What is the advantage of not being afraid all the time?   It sort of seems self-evident.   But you can perceive the world as it really is, not as the fear-mongers want you to.   And no, this doesn't mean you will start walking though a public housing project and thinking "Gee, look at all the nice friendly people!" but instead, stop thinking that muggers and rapists are behind every corner of your suburban enclave.

Acting rational in an irrational world simply means being able to perceive reality for what it is, and not what it isn't.   Today, many philosophers tout the idea that reality or truth is a relative thing, and that there is no underlying reality or truth, only different people's perception of it.  This is, of course, utter bullshit, and philosophers are not to be trusted with the truth.

As I noted in an earlier post, you can jump off the Empire State Building and claim to be taking a shortcut by avoiding the elevator - and you can delude yourself with this notion for a moment or two.   But then reality, in the form of a concrete sidewalk, intervenes, and ruins the whole illusion.  Suddenly, the idea of relative truth or perception turns out to be nonsense.

The people who are the most successful in the world - these hated 1%'ers - are not necessarily rich to begin with, smart, or even lucky.   No, the common denominator is, aside from wanting it badly enough, the ability to perceive reality more clearly than anyone else.   These are the ones who bought real estate when it was cheap - and sold out before the crash.  They saw reality for what it was, which the rest of us only see today in retrospect.   The better you can perceive reality from bullshit, the wealthier and happier you will be.

The more you chase after delusions - or live in fear - the worse off you will be.

And right there is why they sell fear - it distorts your perception of reality and gets you to act in ways that are against your own self-interest.  Combined with the television and the entire Carnival of distractions, the consumer is so disoriented, dazed, and confused, that he is easy pickings for the pickpockets of the consumer economy.

The first step to walking in the light, is to walk away from fear.
Newer Post Older Post Home