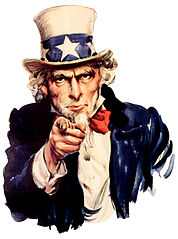 Our country is a lot like a family - with needy and irresponsible siblings, as well as crazy cousins.

It struck me the other day that our country is a lot like a family.  It is dysfunctional.  As I pointed out in a previous posting, there are people in this country who spend every last penny they have, and then borrow 10 cents more, just to have a jet-ski or some other stupid purchase.   And they don't fund their retirement or buy health insurance.

These folks are a burden to the rest of us, and you and I pay for their care, when they go to the hospital and stiff the $20,000 bill from their Jet-Ski accident (and they we pay them the rest of their lives, as they go on disability).

Others of us work hard, ask for little and end up paying a lot of taxes.

And it is funny, but many families work the same way.

Take Jason (not his real name).  Jason comes from a family of three children.  Jason works pretty hard and saves his money and supports himself in a modest lifestyle.

His "crazy sister" Eileen has four children (and no husband) and is constantly calling her parents and begging for money.  The living room needs new carpet.  The children need braces.  The car needs a new transmission.

And Jason's parents sigh, and then write out a check to Eileen.  Their checkbook is filled with stubs of checks written out to Eileen, which Jason would find, once he probated his parent's estate (and yes, Jason is a real person, and yes, I saw the checkbook).

Jerry, Jason's ne'er-do-well brother, has a substance abuse problem, and similarly sponged off Jason's parents for years.  His parents finally cut him off - there were willing to buy Eileen a new washer/dryer, but not crack for Jerry.  What the difference was, I don't know.

But Jerry went into rehab, and once he got out, the largess poured from the parents.  They let him stay in their vacation home, for free, for several years, as a primary residence, and Jason's Dad gave Jerry his Mother's old Cadillac to drive around.  And of course, there was the money.

Now, Jason kept quiet about all of this.  As a middle-child, he was not one to make a fuss.  But nevertheless, it infuriated him that his siblings were using his parents as an ATM machine and a personal loan officer - for "loans" that were never paid back.

As I noted, Jason probated his parent's estate.  "We always try to treat each of you equally," Jason's Parents always told him, "And we're so proud of you, Jason, as you have been such a success in life!"

But Jason, sitting at his Father's desk, sat and cried quietly, as the cancelled checks and bills fell to the floor.  He read his parent's will, which, as they promised, left everything to the three of them, equally.

The problem was, since his parents had doled out so much money to his siblings over the years, there was nothing left for anyone to inherit.  Jerry and Eileen had taken the lion's share of the money, over the years, leaving little more than $100,000 in the Estate.

Jason didn't need the money.  Well, he could have used it, in his retirement, to travel.  But that was beside the point.  Jason felt cheated.  Why did his parents favor layabouts like Eileen and Jerry, and seemingly punish him?  What did he do to incur their wrath?

And maybe Jason's parents didn't intend it to work out that way.   But then again, maybe they did.  As I noted in The Parent Trap, many parents love to lord over the ruined remains of their children's lives - and then complain to their friends what parasites and layabouts their kids are.  But the successful kids - do the crow about them?  Hardly ever.  Successful kids are a threat to them.  They hate them.

The problem with this sick behavior is that it enables, which is amateur psycho-babble for encouraging bad behavior.  Eileen has hit upon a perfect scheme - where her house gets continually remodeled at someone else's expense.  And, as a bonus, she gets to spend part of her Brother's inheritance.  Jerry gets to get high and stay high - all the time - with little or no consequences, even after he sobers up.

It is, to say the least, unfair to Jason.  These people are "needy" and "need help" because of their own actions - and the help provided does not cure them of their needs, it merely amplifies them.

The same could be said of our dysfunctional "Family" as a country - our government hands out money to people who are often irresponsible, which encourages more irresponsible behavior.  People are entitled  to money, regardless of their actions.

And maybe our elected officials enjoy lording over the ruined lives of welfare recipients - at least they know who they will vote for, right?

And today, more and more wealthy people are cashing in on this, from $50,000 mortgage reductions for mini-mansions, to bail outs of Wall Street.

GM and Chrysler get a bailout, while Ford is forced to go it on its own.