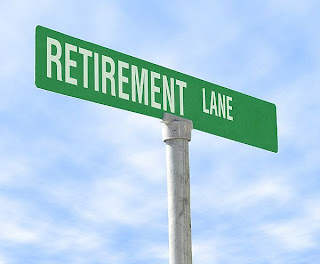 Defined-Benefits Pensions are not very prevalent anymore.  The few that are left are under attack.  If you are relying on a corporate pension plan to fund your retirement, you might end up getting less than 50 cents on the dollar, if the company is driven into bankruptcy.


Defined-Benefit Pensions are pension plans that pay you, in retirement, a guaranteed amount of money, often based on your last year's pay.  At one time, they were the dominate form of retirement planning in this country.  Today, they are largely gone from the public sphere.   Only some teachers and government employees get them.   And even government employees are being switched over to 401(k) type plans.

The problems with these types of  plans are manifold.   First, they are the classic case of "kicking the can down the road" in that a manager can end a strike in 1975 by promising lavish pensions in 1995 - at which time said manager will be long retired and have cashed-in his stock options.  And such promises need to be fulfilled, and each succeeding manager finds a way to patch together such plans, until it all goes horribly wrong.

Second - and this is related to the first point - these plans are horribly underfunded, just as your 401(k) plan is likely horribly underfunded.  It always seems the kids need braces or the car needs a new transmission, and the money for retirement gets put on hold.  And in the corporate world, the same is true.  There is always some pressing need at hand - from new product development to issuing dividends (the latter often to boost the stock price, so that those stock options can be cashed in!).  The pension plans end up underfunded.

The third problem is that in addition to being very comfortable plans, many people are retiring earlier than ever before and living longer than ever before.   As a result, these payouts, which in the past may have lasted 10-20 years, tops, may be extending for 30-40 years, as people retire in their 50's and live until their 90's.

The fourth problem is that many companies and industries have shrunk, so that their market share and profitability is now smaller than back when these promises were made.  So GM sees a 50% decline in market share (and profitability) but now has more people on the pension payroll than ever before.

In short, pension plans turned into a nightmare for many companies, as these unfunded liabilities just got larger and larger with time, and eventually, swamped the company they were attached to.  And companies went bankrupt as a result.

And that point is usually half or less.  Many folks, when their pension goes through the PBGC, end up with 40 cents on the dollar.   And this is tough, when you were planning a luxurious retirement at $100,000 a year as a retired airline pilot, and end up with $40,000 a year, which is still OK, but not what you expected.  For others, the situation is more dire.

So many folks, in the last two decades, have found themselves in a bit of a pickle.  If you worked for Pan Am or Eastern Airlines, you know what I mean.  The Eastern case is particularly poignant, in that the pilot's union decided to forgo pay increases in exchange for "fully funding" the pension plan, which seemed like a swell idea at the time.  But in bankruptcy court, the pension plans of all the unions (flight attendants, maintenance workers, pilots, etc.) were all lumped together, and the pilot's "fully funded" pension plan quickly became a partially funded one.

And this illustrates how, even when you try to do the right thing, it still doesn't work out.

OK, well, shit happens, right?  Airlines with bloated cost structures go out of business in this era of deregulation.  And car companies with bloated union contracts and too much debt go under - and then re-emerge in better shape than before.  Right?

Well, yes, right.   And we just shrug and say, "Gee, I'm glad I'm not that lame gazelle that the jackals just took down, because having your intestines eaten out of you while still alive must really hurt!"  We are herd animals, so we move on, look for better grazing, and try not to think about what happened to old Stan, because it won't happen to us, right?

But one neat variation on this theme is the idea that you can intentionally take a company, load it up with debt, and then force it into bankruptcy, and screw everyone and come out smelling like roses - and own the resulting company.

How does this work?  Well, you find one of those legacy companies that has a good basic business model, but a cost structure, in terms of labor and pension plans, that is too high.  The company is doing OK, but because management promised the world to labor, the margins are getting thinner and thinner, and weak management decided that borrowing more money was the way out of a tough spot.

So you take over.  By then the stock is in the toilet, so it ain't hard to buy the place out.  Grateful shareholders will blubber with thanks that you gave them $5 a share for this turd stock.  Bloated with debt, pension plans, an onerous union contract, and probably haz-mat cleanup issues, the original owners want OUT and NOW.

So you take over and continue to run the place - and run it into more debt.  And you get paid handsomely in the interim for your management fees for running the place into the ground.

Now, here is where it gets tricky.   When you bankrupt the company, you want to make sure you own all that debt - or a majority of it.   When the company starts to look like it is hitting the shitter, you might be able to buy up corporate debt for pennies on the dollar.  So, not only do you own most of the stock, you are also the company's major creditor.

Or, you could try another tactic, which is to "take the company private" by buying out the shareholders and then using leveraged debt to do so.   You own the company outright, but to buy it, you had to create a staggering amount of corporate debt, often on onerous terms (junk bonds) that are nearly impossible to service.  And maybe you actually hold these junk bonds - or your friends do - so that you make huge profits on the coupon rate on these bonds, while the staggering debt load brings down the company.

Either way, the plan is the same - load the company up with debt, and then let it fail.

Once in bankruptcy, there are no assets to divide up - most companies have only leased properties and worn-out machinery that is worth little, if nothing.   You reorganize in bankruptcy court.   This means the onerous pensions are sent off to Pension Benefit Guaranty Corp and the pensioners get their pensions cut in half - and paid for by the U.S. Taxpayer.

Next, you wipe out the shareholders.   Now, this includes you, but don't fret.    But since you only bought a controlling interest  (often less than 50%) and paid fire-sale prices for it, you don't lose too much.  Maybe a few millions of dollars.   Chump change to a guy like you!

Next, you screw all your suppliers.   You haven't paid their invoices in months or even years, and now those debts are wiped out completely.  Pretty sweet, considering if you played this right, you have a lot of that inventory still on hand for the turn-around - now with a zero cost basis!

Next you screw your employees.   A bankruptcy judge has broad powers to re-make any contract whatsoever and this include labor agreements and even Patent licenses (you screw any Patent holders, too!).  So now your $32-an-hour employees are making $16-an-hour or less.

But here is the best part:  How do you keep control of the company?  Well as a debtor-in-possession (remember, you bought all that corporate debt for pennies on the dollar, right?) you are issued stock in the new company.  And if you played this right, you are now the majority shareholder in the shiny new company emerging from bankruptcy court.

And this new company is worth a whole lot more than the previous one.   Millions - perhaps Billions.  And you own it all, or at least control it.   Sweet!

Of course, if you are a pensioner trying to get by on your defined-benefit pension, it ain't so sweet.   Or if you were a supplier who had sold the company a lot of materials on credit, and now are a minority shareholder, perhaps not so sweet.   And if you are an employee, making half the wages you once made, perhaps not sweet at all.

Is this good, bad, or indifferent?  You could argue it any whichaway.  For example, many of these companies, such as GM were poorly managed, and managers played "kick the can down the road" for decades, loading GM up with pension liabilities and debt, and agreeing to more and more onerous union contracts and work rules (the latter often costing more than wages, as they required multiple employees for single jobs, and even paid workers not to work, when plants closed).

So you could argue that the pensioners and workers who got screwed got what was coming - the giant Karmic wheel a-spinning, as they took out as much as possible from the plant for so many years, and finally took out too much.

In other scenarios, though, perhaps the blame rests with management - for not more aggressively managing the plant, negotiating sustainable contracts with the unions (instead of playing kick-the-can) and keeping the company on sound financial footing.   Managers can be weak - and often trade-off long-term financial health for short-term profitability, particularly when their compensation is tied to today's stock prices, and not the prices 10 or 20 years from now.  And in the case of GM, they made very poor business decisions, like the Vega, the Citation, Saturn (good idea, pay 10x too much for it) and the Fiat fiasco (GM paid Fiat enough to get out of the deal for Fiat to buy Chrysler!).

But yet in other cases, you could say that some of these "vulture capitalists" are intentionally setting out to "take down" a company and "bust it out" by creating an artificial debt crises, such that the company ends up insolvent, and after emerging from bankruptcy, they end up in control and fabulously wealthy - if they play their cards right.

Whatever side you pick, I take away two things from this.

1.  If you have a defined-benefit pension plan through a corporation, be wary.  If the company goes bust, your pension may end up slashed.   Have a "Plan B" in place.

2.  If someone tells you they are a financial genius because they bankrupted companies for personal profit, don't believe them.  This is not creating wealth, but merely profiting from destruction.