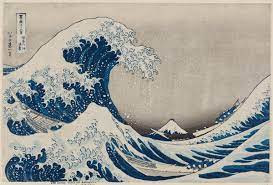 In the 1990's, the dot-com kids liked to pitch their websites using phrases like 'sea change' and 'new paradigm'.  What do these phrases mean, and are they just trite happy-talk or real concepts?

Back in the 1990's, a lot of "dot com" companies started up, with the promise that the Internet would "change everything" we do and there was a lot of free arable land in cyberspace, that was just waiting for people to lay claim to.
They were, of course, right, but perhaps a decade or two too early.  Just as the early railroad boom of the late 1800's overbuilt roads in the wild west, the dot-com pioneers of the 1990's overshot the mark with their predictions for the future.
15 years later, much of what they promised has come true, and a "sea change" is occurring, although most people are missing it.    We were told back in the 1990's that people would switch to online banking and retailing.  That mail would be obsolete.  And that computers would decrease the amount of paper used.   It has taken a long while, but these trends are finally manifesting themselves:

1.  Most folks have switched to online banking, even though it existed in 1995.  Yes, back then, a friend of mine said to try it, and I resisted, saying I preferred the paper Statements.  Today, few people are that obtuse.  As a result, the volume of mail from banks and creditors has dropped to nil, and everyone can access their accounts over the Internet or by smart phone.
2.  As a result, the volume of MAIL has dropped off significantly, causing pain at the Post Office.   One month, there was mail.   The next month?  Well, sometimes I don't get ANY mail for days at a time.  This is indeed a sea change.
3.  Paper in general is dying.  I used to have two huge photocopiers, two enormous HP printers, and I bought toner and paper by the carton.  Since I last posted about Staples Reward Program in April of 2011, I have not even opened the box of toner I ended up buying online.  The smaller HP printer I have now has been claiming to be "low on toner" since April of last year.  It still prints (hint: remove the cartridge and shake it, if the printing gets too light).   I just don't print anything anymore - not with online filing of my Patents, my taxes, my bill payments, my letters to clients, drafts of documents to clients, etc.   When I want to "read" something, I display it on one of my large 24" monitors.  Large monitors = no reason to print out.  This indeed is a sea change, but until most people go to huge monitors, it will not take place - YET.  But it will.
4.  Retail is dying.  The Staples people have sicked a number of shills on me to post messages about how great it is to spend $1000 on software to become a "premiere" member and get coupons for dollars off on toner.  Sorry, but read #3 above - I just don't use enough toner to warrant goofing around with stuff like that.  And who needs $1000 in software? (Huh?).  The main thing is, if paper dies, what happens to stores that sell mostly paper supplies?    Likely one chain or the other will go out of business.   I suspect Office Depot and Office Max, being weaker chains (and having higher prices) will bite the dust in 2012 or 2013.  Anything you can buy more cheaply and more conveniently online is going to drive retailers bankrupt - selling CDs, movies, books and media are clear cases.  Other things, perhaps less so.   But in most cases, ordering physical merchandise online is easier and cheaper than "going to the store."

But what about all the stuff you read about in the papers?  Facebook?  Twitter?  Social Networking?  Smart Phones?  Aren't these the big sea changes of the 2010's?
Yes and no.  I think, like the "big trends" forecast in the 1990's, the jury is still out on some of these.   Are they trends or fads?  And like in the 1990's one obstacle to success was the idea, at the time, that people would pay huge amounts of money for these online services.  The stuff that succeeds is the stuff that is free, or cheaper and easier to use than the old ways.
Online banking and bill pay succeeds because you save money, time, paper, and hassle.  And it is more secure than mail.   Filing documents and sending e-mails succeeds because it is basically free, easier, saves time, and is less hassle.   Paying monthly subscription fees to be someone's "dot com" customer, on the other hand, is just creating additional expenses, which is why a lot of the "dot com" companies based on a "subscription model" went by the wayside - and why many more will.  Who in their right mind pays money to access "Angie's List" anyway?
Smart phones are great.  But until the costs come down to everyman levels, they won't quite take over the market.  And when they do, the cheaper and more open-architecture models will predominate.  Apple's market share is only about 1/3 the overall market, and growth seems to be double in the open-source Android sphere than in the closed-architecture Apple group.
Sorry, but I'm not spending $499 for a phone and $100 a month so I can scan 2-D bar codes and read Twitter in real-time.    This is not cheaper, more convenient, easier to use, or better.  And the people who are "constantly in touch" via smart phone are often more out-of-touch with their immediate environment.  Most rarely get any real work done.
But many of the vaunted technologies - the electronic wallet, for example - are probably a few years off.  It is not that they won't happen, only that it takes a while for an installed base of equipment to exist (and an installed base of users) before change occurs.  And it has to be cheaper and easier to use - not just another layer of subscription expenses between you and the retailer.
What is interesting to me is that many people don't seem to notice the Sea Changes that are occurring, but instead focus on what could be.  The Post Office closes branches, cuts back on hours, and talks about limiting deliveries.   The response from much of the public is mystification.  "They must be mismanaged to be losing money!" people post on discussion forums.  The sheer drop-off in the volume of mail is not even discussed.   And clueless Congressmen (and women) to "save jobs" propose keeping sorting centers open, even if there is no mail left to sort.
They live in denial about the sea change in mail - the death of mail.  But the same people are all a-Twitter about twitter, which is hardly a game-changer of anything.  It is, to say the least, very odd.
But perhaps that is why folks created the "dot com" bubble of the 1990's - they focused on what seemed to be important at the time - the IPOs and start-ups like Pets.com - who had big Superbowl ads and lots of hype and talk in the media.
But few folks noticed the real changes going on at the time - the fact, for example, that Real Estate was dirt cheap and that mortgage interest rates were dropping.   So people turned away from Real Estate as "yesterday's news" and jumped on the dot-com bandwagon.
Today, there are similar opportunities in the marketplace, but few people perceive them correctly.  The death of mail and the rise of online retailing will mean opportunities for some, and suffering for others.  Package delivery isn't going away.   Spending $20 to FedEx "important papers" however, is.  (Most everyone accepts faxed or scanned signatures these days).   The company that best positions itself for store-to-home delivery will succeed in the marketplace.  Others will fail.
And right there is the opportunity.  There are too many players in the market - USPS, UPS, FedEx, DHL - and others.   Who will survive and who will disappear?
Or, in the drugstore wars, can Walgreens and CVS really keep up this game of opening stores across the street from each other - every five blocks (or so it seems, at least, in the greater Tampa area).
Linen's 'n Things and Bed, Bath, and Beyond tried this game, and it didn't work out.  One went under.  The other, well, is reduced to selling trashy gadgets.  That didn't work for Sharper Image, I doubt it will work for BB&B, not matter how many "coupins" they send me (and they send me a lot, and I still find no compelling reason to go).
Change is in the offing, but the real opportunities are not going to be found in the Facebook IPO, but elsewhere, I think.  And a lot of this "Sea Change" is happening right in front of us, and we not only fail to see it, but actively deny that it is possible.
UPDATE 2021: (reformatted and re-inserted graphic)  Who could have predicted, back in the day, that a guy selling used books on the Internet would end up the richest man in the world(tm) - before his divorce, anyway?    Yes, a "sea change" was coming, but most of the "dot com" businesses from back in the 1990's are in the dust today.  Have you updated your MySpace page lately?
Newer Post Older Post Home