Can Poverty Be Cured By Money Alone? 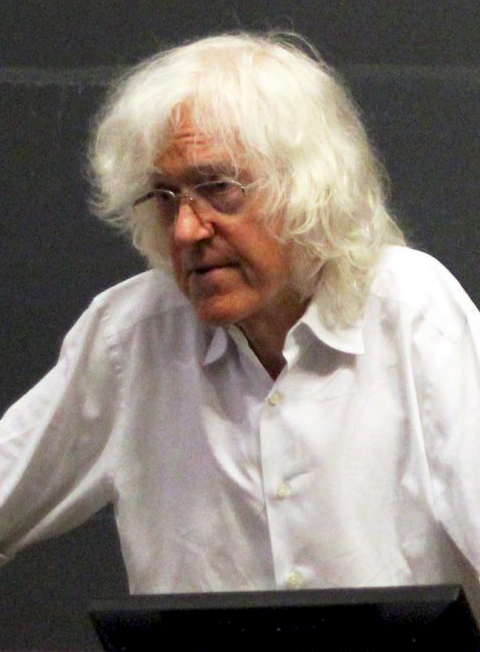 It is a noble instinct to want to help those in need.  But suppose our help actually hurts?

“I regret that, in a book called On What Matters, I have said so little about what matters. I hope to say more in what would be my Volume Four. I shall end this volume with slight revisions of some of my earlier claims.
One thing that greatly matters is the failure of we rich people to prevent, as we so easily could, much of the suffering and many of the early deaths of the poorest people in the world. The money that we spend on an evening’s entertainment might instead save some poor person from death, blindness, or chronic and severe pain. If we believe that, in our treatment of these poorest people, we are not acting wrongly, we are like those who believed that they were justified in having slaves.
Some of us ask how much of our wealth we rich people ought to give to these poorest people. But that question wrongly assumes that our wealth is ours to give. This wealth is legally ours. But these poorest people have much stronger moral claims to some of this wealth. We ought to transfer to these people, in ways that I mention in a note, at least ten per cent of what we earn.
What now matters most is how we respond to various risks to the survival of humanity. We are creating some of these risks, and discovering how we could respond to these and other risks. If we reduce these risks, and humanity survives the next few centuries, our descendants or successors could end these risks by spreading through this galaxy.
Life can be wonderful as well as terrible, and we shall increasingly have the power to make life good. Since human history may be only just beginning, we can expect that future humans, or supra-humans, may achieve some great goods that we cannot now even imagine. In Nietzsche’s words, there has never been such a new dawn and clear horizon, and such an open sea.
If we are the only rational beings in the Universe, as some recent evidence suggests, it matters even more whether we shall have descendants or successors during the billions of years in which that would be possible. Some of our successors might live lives and create worlds that, though failing to justify past suffering, would give us all, including some of Those who have suffered, reasons to be glad that the Universe exists.”

It was not surprising to me to find out he was born in China to missionary doctors who were trying to improve medical conditions in that country.   As you may recall, prior to the Communist Revolution, China had a severe overpopulation problem and people were starving in the streets.   China is still a populous country today, but thanks to the "one child" policy, the population has been held in check - to the point where the policy is now being eased.

While such sentiments are indeed noble and it is part of our human nature to help the less fortunate, we should first examine what sort of help the less fortunate need or want - and perhaps they should tell us what it is they really need.   Handing out food and Bibles may sound altruistic, but it does have a not-so-hidden agenda, particularly with regard to the Bible part.

It is also possible that altruism can backfire - in a big way.

I am not sure that just giving money to poor people is the answer.  It sounds good from a humanitarian point of view,  but I think a better answer is to figure out why they are poor in the first place.  Otherwise you will just throw more and more money at the problem and it will not get better, but worse.

Consider Africa.   Corrupt governments run by brutal dictators mean than it is difficult for businesses to succeed (no one wants to invest in such countries) and only those in favor with the government are even allowed to succeed (corruption requires bribes).   Poverty doesn't just happen, it has causes.

Throw in overpopulation, usually due to an utter lack of birth control and social values placed on having as many children as possible (often related to religious values, which ironically Westerners imported).
Add in poor farming practices, tribalism, religious wars, and whatnot.

Plus, a complete lack of education and respect for education.


What folks need for the long term is not a bag of rice, but means of growing enough rice to feed their own population, in a country that is not torn by violence or tarnished by corruption and brutality.   If people have a means of making a living for themselves this is far more powerful than a handout.

In the past, the population was kept in check by disease and infant mortality.

So we send in more aid - bags of government rice, which people are now rioting over to get (and which put local farmers out of business - hard to compete with "free" as a price).

Or they are refugees from horrific wars started by their brutal dictator leaders (who they often voted for) or over religions ideology (which is often a cover for power-plays for natural resources).

Now we have millions of starving people on the move, living in tents and dying like flies.

What folks need for the long term is not a bag of rice, but means of growing enough rice to feed their own population, in a country that is not torn by violence or tarnished by corruption and brutality.   If people have a means of making a living for themselves this is far more powerful than a handout.  The bag of rice only serves to keep the existing system in power another day.

I am not sure 10% of my income is going to fix even a portion of that.  It may make them live for a day, a week, or a year, but the underlying fundamental problems are not being fixed, and in fact, my "donation" may be helping to perpetuate these problems.  How many brutal dictators in Africa are propped up by foreign aid?  So long as people are fed, they will not riot against their governments or demand change.

I am not sure allowing a lucky select few to re-settle in wealthier countries is going to fix much, either.

The entire system needs to be changed from the top down.  Populations have to be kept in check to be more in line with the available natural resources.   Education and logical thought have to replace superstition, tribalism, and religion.   Dictators and corruption have to go.

If they don't, not only will nothing change, it will get progressively worse.   Each bag of government rice we send is like throwing gasoline on the fire.  We want to "help" from the best instincts in the world, but our help never seems to change much, as the changes needed are far vaster than some NGO can provide.

Meanwhile, we send missionaries to tell them that birth control is evil....

Maybe our meddling isn't such a good thing after all - and some in Africa are starting so say this, as well.

So what is it we should do?  Should we try to spread Democracy in other counties?  Our history of invasions and meddling is clearly a mixed-bag.  Nation-building hasn't worked very well for us in recent years.

So we do.... nothing?   Perhaps.   I don't have all the answers.   But I am not sure that trying to "guilt" people for having earned wealth is an answer either - nor is trying to be "holier than thou" by saying you ascribe to higher ethics or moral standards.

And it doesn't seem that throwing money at the problem - over the last half-century - has changed anything one iota.
Newer Post Older Post Home