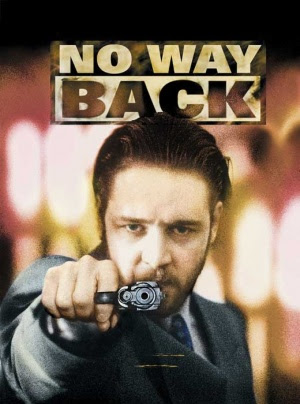 It is possible today to get into situations that are nearly impossible to get out of.


Everyone, including myself, likes to take a shit on Millennials.   Well, we like to shit on the media's representation of them, anyway.   And this is not a new sport.  Old people have been ridiculing the hair styles, clothing, and cultural values of the young for generations.   And if you are my age, and you look back at your high school year book photos and cringe, you realize the old people were right.

Millennials we are told, are protesting their high ($25,000 average) student loan debt.  They are protesting "Wall Street" and the "1%'ers".   They are protesting "white privilege" and other PC-nonsense.   This is what we are told by the media, anyway.   The media likes to paint young people as clowns doing stupid things.  And the media loves to paint college students as out-of-touch liberals who believe in crazy things - again, something that has been going on for a long time - since before I was in college.

But not everyone in college is - or was - protesting, and it is only the louder voices we hear.  The vast majority of Millennials are probably not the clown-like caricature the media presents.   In fact, many are serious and studious and are approaching this dangerous new age with a combination of caution, vigor, and common sense.

Millennials, the argument goes, are getting a raw deal compared to previous generations.  And I would have to agree with this - but for entirely different reasons that posited by the protests the media loves to harp on.  According to the media, Millennials are upset about the balance on their student loans, racial discrimination, transgender rights, and income inequality.   And while some of these things are indeed real issues, some are over-stated or are tertiary to the real problems facing the upcoming generations.

Quite simply stated, if I had to live under the conditions that kids today have, I would have probably shot someone.   Helicopter parents and a drinking age of 21 were not in the cards for me as a teenager.   Yet, the young generation today seems to take these things in stride, as if wearing a straitjacket was the new vogue.  We treat young people as children today, but at the same time tell them if they make even one mistake in life, it's all over!   The pressure is enormous.

And increasingly, it is getting harder to "come back" from some of life's mistakes, as I was able to, when I was that age.   As I have noted before in this blog, I was thrown out of high school, flunked out of college, and still managed to become an Engineer and Lawyer.  I had shitty credit and was lackadaisical about paying my bills - but that didn't prevent me from getting a job or renting an apartment.  Back then, your credit score was not an indicia of your worth as a citizen, mostly because the credit score didn't exist, although your credit report did.   But few employers and no landlords I recall ran a credit report before renting out their hovels or giving you a job.

Today, it is different.   As I noted before, the vaunted "student loan crises" is somewhat overstated, as the average amount most students graduate with is not much more (and in fact far less) when adjusted for inflation than I had.   And I paid mine back.    Average student loan debt is not hundreds of thousands of dollars per student, but rather the amount most Americans have as a car loan for a nicely optioned medium-priced Toyota Camry - one of the most popular cars in America.

What has changed isn't the average amount of debt, per se - although it has crept up.   What has changed is that student loan debts are difficult if not impossible to discharge in bankruptcy.   This change was made when I was in school, so arguably it is not a "new" aspect to living that Millennials have to deal with.  But when I was in school, private student loans were not a "thing" and were not protected in bankruptcy, and thus were generally not available to students.   Today they are, and some students foolishly borrow money for living expenses and live large in college, only to pay for it later.

So yes, that bear-trap exists, if you choose to step into it.   I was fortunate that this temptation was not offered to me (although by the time I was in law school, they were throwing money at me).   Also, I never asked my parents to co-sign loans for school, particularly for non-school related expenses.  I was also fortunate - or smart - to get a degree in something that paid back, and in fact, the people I was working for paid me to go to school, because there was a shortage of people in my lines of work.

But the big deal is the credit score and credit report, and how over the years, these are being used against people to keep them out of jobs and apartments and whatnot.   If you have shitty credit and a low score, it may be very difficult to get a job, rent an apartment, or even find a spouse!   And as I noted in my last posting, it becomes a Catch-22 type of situation.  You cannot get a job because of your low credit score, but you can't improve your credit score (by paying down debts) because you have no job.

So yea, that is unfair to the Millennials - not "white privilege" or "cultural appropriation".  But no one is protesting how credit scores are being used to keep people down.   I guess it doesn't have a catchy catch-phrase that can fit on a sign or make a good chant.

Another thing that has changed since I was a youth is how we treat criminals after they are released from jail.   Now, granted, it is a lot harder to feel sorry for a convicted felon than it is for a college student who took on too much debt.   One put a gun in your face, the other just did too many beer bongs.   But we expect criminals to be "rehabilitated" and to learn from their prison experience that prison sucks, and that being a criminal is a dead-end.


And this might actually happen if we didn't make it nearly impossible to do.  Once you have a criminal record - something that employers and landlords also check these days, it is difficult if not impossible to get a job - even a low-wage labor job.   The problem is insurance.   If you hire someone without checking their background, you are deemed negligent.  If that person commits a crime or some other wrongdoing, you could get sued out of existence for failing to use "due diligence" in your hiring practices.   If you knowingly hire a convicted felon, and something goes wrong, it is arguably worse.  And your insurance company is going to make sure you have proper hiring practices in place, which effectively prevents you from hiring an ex-con.

And this goes for low-wage jobs as well.   Hiring a pizza delivery driver?  Better check his criminal record. If it turns out he was convicted for "date rape" and a customer alleges he made improprieties, you are on the hook.   So even low-wage grunt jobs are often out of reach of ex-cons, as any contact with the public or children may make them unhireable to the employer.   And the employer has no choice in this.

I recounted before how a friend of mine was entrapped by one of the oldest gags in the book and ended up going to jail under "Rockefeller's get tough on drug laws" back in the 1970's.  Yes, back then, the Republican party had a big-government "liberal" wing, and a Republican was governor of New York.   They also experimented with - and later revoked - the get-tough-on-drug law and the mandatory minimum sentences as being unworkable.   This didn't prevent the Federal government or many States from later taking up the banner.

My friend did his time in the County lockup and when he got out got serious about his education and got an Engineering degree.  Of course, his brush with misfortune wasn't quite over.  He was severely burned in a Volkswagen accident which took months if not years of rehabilitation to overcome.  The last time I heard, he got married, got a job, and managed to live "happily ever after."   It makes me realize how lucky I have been, in comparison.

I mentioned sex crimes, that is a special category.   Once you are registered as a sex offender all bets are off.   And of course, there are good reasons the sex offender registry - and lifetime registration - were created.   Serial rapists and murderers should be registered, at the very least, based on the severity of their crimes.   But others who commit lesser offenses are often lumped into this category.   The documentary "Pervert Park" illustrates this point.   Some of the residents of that trailer park are actual rapists or child molesters who deserve to be registered for life (if not actually in jail!).   Others were tempted to download child porn from a government-run "honeypot" website.  Still others were "entrapped" into saying things in a chat room by a local Sheriff and convicted on conspiracy charges.

When I was in high school, high school kids had sex.  I know, act shocked.   But back then, the "age of consent" was 16, so when an 18-year-old senior had some "heavy petting" with his 16-year-old sophomore girlfriend up on "lover's lane" it was not considered a sex crime.   And since we didn't have cell phones we didn't do stupid things like take pictures of ourselves having sex.   Today, that is of course, illegal, and teenagers are being sent to jail and forced to register as sex offenders for what when I was in High School, was considered "young love."  Times have changed and a law designed to ensnare sex offenders is having unintended consequences.

The point is, it is possible today to do some stupid things early in life and end up with the rest of your life very limited in scope.  And this was not the case in the past.   Not long ago, you could screw up your finances and still be able to work things out, over time.   Not long ago, an ex-con was given a second chance in life, if not necessarily all the chances in the world.   Not long ago, chat rooms and cell phones didn't exist, so teenagers didn't end up going to jail for typing out their sexual fantasies or dating a sophomore in high school.

It is a harsher world we live in today.   More and more, there is "no way back" from mistakes you may make in life - large and small.  And granted, maybe some of these horrific things should be a one-way trip to oblivion - but since there is no fine gradation between levels of culpability, the very guilty are banished along with the lesser culpable.

It seems that in our "Christian Nation" we are less and less prone to forgiveness.   And granted, maybe some crimes or offenses should be unforgivable.   But making a late payment on your credit card?   Today that makes you as unemployable as a convicted felon!
Newer Post Older Post Home