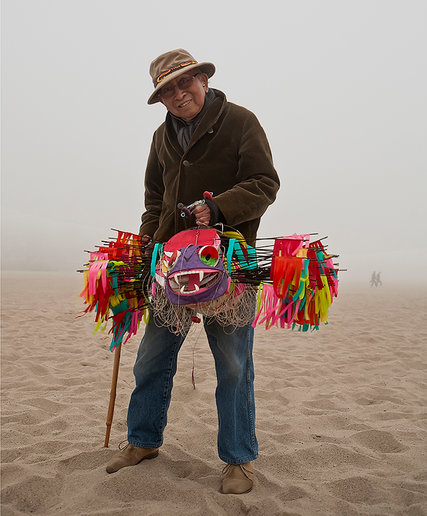 Quick:  Name one famous animator you know of.  Can't think of one?   Neither can I.


The New York Times is interesting to read - it is like getting the news from a distant planet, which is what New York City seems to the rest of America - a place where making $100,000 a year marks you as "poor", where a decent apartment starts at a million dollars, and getting your child into the right pre-school is considered essential to them attending Harvard.

Sadly, much of the media in our country comes from either coast, where expectations are much higher (as are salaries and taxes) and political views are more than slightly to the Left of the rest of the country.   As a result, the rest of America is often left scratching its head over that the media considers "the news".

A recent obituary honored a former animator and art director for Walt Disney.  Much was made of his contributions to the movie "Bambi" - which if you read the obit you would think was up there with "Citizen Kane" or "Gone with the Wind" or maybe even "Casablanca".   I am sure he was a nice man, talented and all, and made great contributions to the movie - as did the dozens if not hundreds of other animators who worked on the film, or indeed for any Disney production or any animated film, cartoon, or short.

Even in today's era of computer rendering - or especially so - there are small armies of people who participate in creating CGI.   In the old days, it was armies of people painting cells.   Granted, some were merely cell painters, others more of designers.   But none of them were household names or known to the general public.   Animators were and are, largely oblivious to the rest of us, just a name among dozens or hundreds (today) that fly by in the credits at the end of a movie.

So, yes, it is great this guy gets recognition in his obit.   Good for him.  He looks like a fun person, too.   But in a follow-up NYT article (apparently the nearly full-page obit was not sufficient!) this comment is repeated:

"because of the marginalization to which Asian-Americans were long subject, he passed much of his career unknown to the general public..."

Really?   It's not just the marginalization to which animators and art directors have long been subject to?  Because if you think really hard, can you name one animator who is popularly known to the American public?

The only one I can think of is Hayao Miyazaki who wrote and directed Spirited Away.   Oh, wait, he's Asian, so I guess that doesn't count, right?  By the way, that is a great - and somewhat disturbing - movie.   If you have a chance to watch it, do so.

But even with Mr. Miyazaki's films, I am sure there were dozens if not hundreds of unsung designers, artists, animators, and the like who slaved away on that feature film for years, only to receive brief mention in the credits - and a paycheck of course.

So what's the point of all this?   The point is, we seem to be all-too-willing to inject race into everything, even an obituary for a nice, but relatively obscure animator.  It is not enough that he receives recognition for his work in his obituary, but we have to make him a poster boy for how racial relations in this country are poor and how society fails to recognize the accomplishments of someone who is not white.

I don't get that from either article.  What I get is a nice man who probably would have been appalled that his obituary was hijacked to take away from his accomplishments and use him as a poster-boy for race relations.  Because that is what the New York Times is doing there - not honoring his achievements, but marginalizing him as yet another victim.

There is no evidence in either article that he was somehow unhappy with his tenure with Disney, or that he felt he needed or deserved more recognition for his work, or that he harbored a long-standing grudge against the Disney organization.  Granted, he faced the discrimination that many Asian-Americans faced during his lifetime - but not, apparently from Disney.   He was also a subject of a retrospective art exhibit at the Disney museum just a few years ago.

It seems a shame that someone who created so much should be memorialized as a "victim" rather than as someone who rose above the challenges of discrimination and succeeded in life.  His was a success story, not a failure.  The obit and follow-on article give the tone of the latter.

It also seems odd that he should be the subject of not one, but two nearly full-page articles in the nation's "Newspaper of Record".   Like I said, he seems he was a nice, talented man, but is his story that important for two articles?

I guess the New York Times can't help but jump onto a discrimination story.   To succeed in America, the narrative goes, you must embrace being a victim.