All News is Fake News - Chickens Come Home to Roost 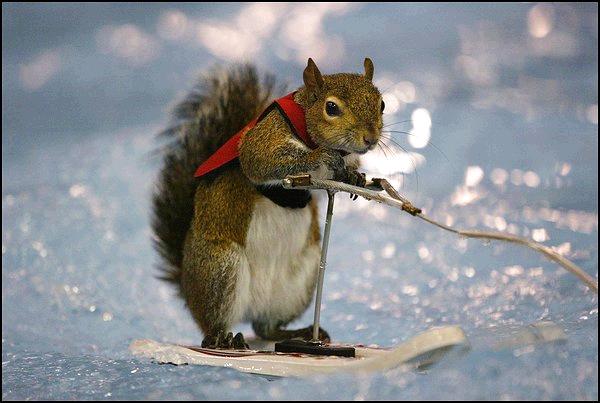 The "mainstream" media has been peddling stories that border on fake news, for decades.  Today, the far-right just cuts to the chase and makes things up.  The chickens have come home to roost!

Fake news made a lot of real news last year.   People actually believe in made-up stories, and it seems some fake-news sites are getting giddy with how far they've been able to push ridiculous stories and get people to believe in them.   I wonder if the point of these stories isn't really to get folks to believe that Hillary chops up children into small bits in the basement of a pizza shop so much as it is to illustrate that people will believe anything you print, and have been doing so for generations.

In my last posting, I took the New York Times to task (I am sure they are shaking in their boots!) over a very biased and slanted story that was clearly written with a goal in mind - to make us all weepy over a convicted criminal and to get us to believe he is a "victim" of the system.   It is not "news" reporting, but propaganda of the worst sort.  We are treated to page after page of how bad the criminal has it in life, but nary a word on the injuries suffered by the real victim of the crime - other than to lightly mock his stress and paranoia after having his home invaded (and showing us all where he lives, so we can "self-investigate" in person!).

The punchline is, of course, that the criminal is already out of jail so the "injustice" if there was one, has been corrected.  But sadly, I think the publicity from this article will not help, but hurt his chances of turning his life around.

Stories like this - that are so blatantly biased and tell things from one point of view - hurt journalism in general.  But this has been the norm in journalism for decades.   What pisses people off about Fox News, other than it is totally unwatchable for anyone older than age eight - is that it uses the same subtle biases the other news shows have been using, since television news began.   A raised eyebrow here, a knowing look there, emphasis on the right word - is all it takes to make a benign story sound sinister.

And sometimes, news shows dispense with "impartiality" altogether.   When we watched "live streaming" of the election results from PBS on YouTube, the hosts of the show abandoned all pretense of impartiality by declaring the night an unmitigated disaster.  Granted, the idea of a Trump Presidency is still hard to swallow, and no one for a moment believes that Public Broadcasting is anything today but a de-facto left-leaning television and radio network (and hardly "Public" anymore but in the pocket of major donors and content providers like NPR).  But it is hard to accept their criticisms of Fox News when they engage in the same sort of partisanship.

For decades, many on the Right complained that the "mainstream media" had a liberal bias.   And for decades, the mainstream media denied this, which of course stretched their credibility even further.  Having a slightly liberal bias is not a bad thing in and of itself, failing to own up to it is another.

How does bias work?   It begins with the editors or program directors.   Someone in any news organization has to decide what stories are worth reporting, worth investigating, and what will get published.   And someone has to decide what gets on the front page and what gets "buried" in the back.   In the modern media age, someone decides how long a story runs - does it survive the "news cycle" or does it peter out and die?

"Legitimate" news outlets don't necessarily make up the news, but then again, they don't have to.  They can decide something is not news or something trivial is news.   It leaves you with a little less flexibility than the outright fake news sites, who can make up compelling stories at a whim, but it still leaves you plenty of options as to how to shape public perception.

And much of these decisions as to what is and isn't news depend less on political predispositions than on what they believe will sell with the public.   As I have learned from monetizing this blog, there is a lot of money on the table in the news business, and you can make a lot of money telling people what they want to hear.  Moreover, this pressure is often subtle.   The editor with the highest standards of integrity will tell you that he does not let crass commercialism affect his editorial decisions, but subliminally, he knows which articles "sell" newspapers or generate good ratings or high click-rates.   And he also knows the penalty for not putting up popular content - the country is littered the corpses of dead newspapers, magazines, and cancelled news and commentary shows.  Ratings or die, that is the name of the game.

Oftentimes, you can create legitimate "fake news" merely by being opaque or not explaining things completely.   For example, in the New York Times article I mentioned in my previous posting, they minimize discussion of the real victim of the crime, his injuries, and his concerns.   It really isn't even brought out, until the very end of a very, very long article, that the fellow isn't even in jail anymore and that no real injustice has been done (other than that nasty victim of his crime stabbing him in self-defense! Boo!  Hiss!).

And the media loves being vague - a form of passive-aggression - as they can keep you watching by telling you half the story.  The New York Times article is a case in point - starting out with a "teaser" and then embedding the "rest of the story" in page after page of weep-fest for the criminal in the case.

Or take how the Nightly Nooze is formatted - They have less than 22 minutes to "inform" you and much of this is wasted by an anchor giving you a sound bite of a story, then handing off to a "reporter in the field" and after suitable introductions, she says basically the same things the anchor did.  "Back to you, Jim!"  It is bad enough the format of the show is so short and interlaced by commercials, but to waste valuable airtime in this nightly ritual of back-and-forth between anchor and "on scene" reporters is just unforgivable.

The latest gag in the "bounces off me and sticks to you" genre of political think - perfected by Trump during the last election - is to call all mainstream news "fake" - usually by people who are "true believers" in alternate reality news sites.  I think the mainstream press really thought they could kill off fake news by bringing attention to it.  But it backfired in this age of schoolyard name-calling.

Perhaps George Bush started it - taking John Kerry's attack on Bush's lack-of-war-record and bouncing it back with Swift-boating, which the mainstream "liberal" media reported with bated breath.   The media was complicit in this event - which turned the tables 180 degrees until Bush was the war hero and Kerry the coward.

And so it went in the election.  Donald Trump is accused of being a "birther" and he simply turns it around - "You're the birther, not me!" and people actually believe this.  This is the new normal we have to face.  Ronald Reagan may have been the teflon President, Donald Trump is the trampoline one.   Whatever you throw at him, bounces off and hits you instead.

Fake news didn't emerge from a vacuum, but rather from the incubator of network news and tabloid journalism. Dan Rather, of all people, put the nail the coffin of real news by relying on an obviously fake document to try to implicate Bush on the eve of the election.  Dan Rather - what a piece of work - and the Father of Fake News as we know it.

Of course, Rather had to "retire" from the news, and his producer at 60 Minutes was fired.   There is (or was) at least some modicum of accountability in "real news" for false reporting.   No one was every fired over swift-boating John Kerry, however.  Which illustrates the power of real fake news - you don't have to answer to anyone.