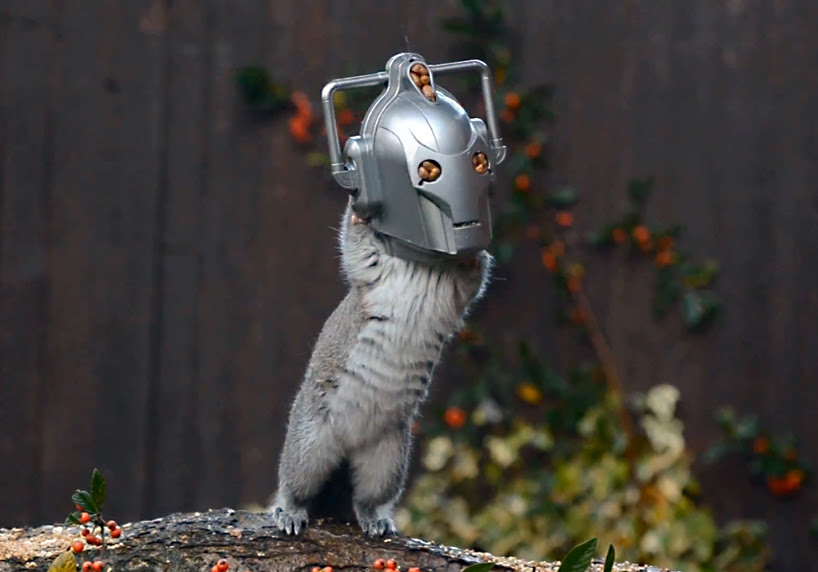 The media's portrayal of "cyber-warfare" is somewhat overstated.


A fellow has set up a website called cybersquirel1.com to point out how idiotic the media is in reporting "cyber-warfare".   As he points out, to date, worldwide, there have been two attempts at "hacking" the power grid, once in the Ukraine by Russia, and our attempt to use Stuxnet to destroy centrifuges in Iran.  In the meantime, squirrels and other animals have brought down power plants and actually have killed people and these incidents go on daily and number in the thousands per year.

We are entering an odd age of high technology where most of the public has no clue how the technology works.  As a result, superstition, rumors, and wishful thinking are replacing real technical education.  We are becoming a Cargo-Cult - primitive natives worshiping the relics of some bygone civilization.  Relics that might as well have fallen from the sky.

Whenever technology gets ahead of the populace, ignorance and superstition takes over.   After World War II and the detonation of the A-Bomb, people started to seriously believe in UFOs.   To many, this was a comforting belief - one that is still practiced today - in that the mad complexity of the world can be explained in one sentence - it was all made by aliens.   Of course, simple answers to complex problems are usually always the wrong answers.  But to the simple-minded, it was easier than trying to learn the basics of nuclear physics.

(And that is an odd thing - a nuclear weapon in theory is a very complex thing to understand.  From a technician's point of view, very simple.  Slam two pieces of radioactive material together to form a critical mass and ka-blooie!   Granted, the hardware is more complicated than that, but that pretty much sums it up).

The complexity of the moon landing is too difficult to comprehend.   It had to be faked, right?   Simple minds want to believe simple things - and that others are not very much smarter than they are.   It is a lot easier to deal with the fact that you are no rocket scientist if you believe that rocket scientists don't exist.

We saw this again during the "gas crunch" of 1973 and it goes on today.   People believe in the "miracle carburetor" that gets 200 miles per gallon, that the "oil companies are suppressing".  This is a lot more comforting to believe than the reality - that we were driving gas-hog cars that were destroying our own environment.

And so on and so forth.   In response to periodic horrific mass-shootings, some choose to believe that these shootings never happened as it is too horrific to contemplate.   No, it all has to be paid actors and a hoax.

The "Cyber" thing I have talked about before - the media loves to append that prefix to anything - why not squirrels?

But the reality is far different.   Yes, there was ways to "hack" servers and computers.  Often these involve just trying different things until a computer or program crashes or locks up - and then defaults to full-access mode.  I "hacked" my first computer at age 16 when me and a friend discovered by accident that if you tried to boot a dual-floppy Digital PDP-11 with the discs removed, it would sit there for several minutes trying to read the non-existent discs before giving up and booting in administrator mode, allowing full access to all files, once the discs were re-inserted.   Much "hacking" today falls along the same lines.

But much more of it is far more primitive.   The easiest way to "hack" a system is to get someone on the inside to give you the passwords or to get them to load a program onto the system for you.   And this is not hard to do, using social engineering techniques.   And every day, I get attempts to "hack" my accounts.   E-mails, particularly on Yahoo! claim to be from the "administrator" and claim there are problems with my account.   Won't I please type my user name and password in this e-mail reply?

Or you get an important message from "FedEx" about a missing package, or Google about a missing e-mail - just click on this attachment, please!   Of course, the attachment is a virus program that you just willingly loaded into your computer - bypassing every safety precaution Microsoft has tried to install.

We can make cars safer and safer with more airbags and rollover protection and anti-lock brakes.  If people still believe driving off a cliff is a shortcut to the bottom of the mountain, there ain't much all those safety features are going to do for you.  Computers are the same way.  The biggest vulnerability in the system is people and the fact they are unsophisticated.

The media is making a big deal about how Russia "hacked" our election.  But the reality is, foreign countries have been trying to influence politics of other countries for ages.   America has done this for ages - using the CIA to influence locals in small countries and try to swing elections one way or another.

But the reality is less glamorous than high-tech computer hackers, but rather small armies of drones in cubicles behind computer screens, typing witty comments on Reddit and other social media sites - trying to get stories and images up-voted and moving up the ranks of Google.  It is not so much "hacking" as "spoofing" a system that in reality, is quite primitive.   Google keeps its algorithms secret not because they are so high-tech, but the opposite.  If you knew that Google just barfs up what is on the front page of Reddit, you might not use it as a search engine.

Yes, the Russians tried to influence public opinion, in part by releasing "embarrassing" e-mails that really weren't that embarrassing, but the Democrats reacted like they were naked pictures of Hillary.   And yes, they tried to "upvote" messages about Trump and succeeded in skewing reality on the Internet.

But they were not the only ones.  Many in "silicon valley" (which is more of software valley these days) are very right-wing and supported Trump.   One fellow makes no bones about the fact he paid trolls to troll for Trump.  The stereotype of "high tech" companies being left-wing is clearly over-stated.

The problem is, again, that we have this "technology" which really isn't that complex, but that people think is.   Media types have little technical education - even those who report on technology.   Most reporters are so stupid that they think a company that delivers pizzas is a "tech company" or one that rents cars is somehow "cyber".   The opinion of the media is that taking something you did before on paper and then putting it online makes it tech-y.

And sadly, this seems to be a trend -we are getting dumber and dumber all the time.  The genes for education and study are dissolving in our gene pool.   The dumbest among us reproduce at a prolific rate, while the educated barely have enough children to replace themselves.  No wonder wealth disparity is getting wider and wider - intellectual disparity is widening at the same time.

And even those of us who have half a brain are "dumbed down" by the media, particularly television, which operates at a sixth-grade level.   We are pummeled by media messages until we can't think straight, and end up acting against our own economic best interests.

What is scary about the last election is not that Russia tried to influence it, but that smart people failed to connect the dots and see trolls for what they were.   That people in high offices are susceptible to e-mail phishing or even Nigerian scams.

The sad thing is, we live in a technological society, but our technology is still relatively primitive that anyone can understand it enough to operate it and understand the basic concepts of how it works.  However, few people choose to want to learn anything about the smart phone they hold in their hand.  To them, it is merely a means of spreading online rumors and lies, as well as superstitions.

We are living in a Cargo Cult.   A Cyber-Cargo-Cult - if that makes the media happy.
Newer Post Older Post Home