What is a HELOC and why can it be dangerous? 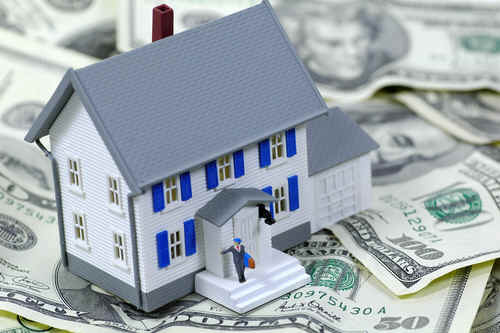 Borrowing against your home equity we are told is a "smart move" - but is it?

Since the recession of 2008, the Consumer Financial Protection Bureau was formed, and they have a nice brochure about the perils of HELOCs.

Why could  a HELOC be a bad thing?   Well, for the usual reasons that any form of borrowing could be a bad thing - plus a few more.

As we noted before, borrowing money for any reason is troubling.   You have to pay it back,  for starters, and when you borrow money, you should sit down and really examine where you are going to get the money from to pay it back.   Surprisingly, a lot of folks (including myself) never bother to think about this - they just borrow and assume some income stream will exist in the future to pay it back.

Second, there is interest.  In today's low-interest climate, it seems like a trivial issue, but even a few percentage points of interest can add up to a lot of money over time - almost doubling the amount you borrowed, particularly for a 30-year mortgage.

Those are reasons why any form of borrowing are fraught with peril.   HELOCs have their own additional issues.

First is the variable rate.   Most HELOCs are offered with variable ARMS which are maybe a percentage point less than a fixed rate.   Don't bother asking for a fixed rate - odds are they won't offer one.  Variable rates vary (hence the name) but by what standard and how quickly depend on the contract you sign.   Some contracts limit the amount of increase in rate to 1% a year (even if rates rise faster than that).  Others do not.   Others have limits on how often the rate can change (annually, bi-annually, etc.).   It certainly pays to understand these terms before signing the loan documents - and it is a loan.

Second is the "reset".  Most HELOCs "reset" to conventional mortgages with 30-year terms after an initial 10-year period.   So you use the little checkbook they give you (or Debit Card) to spend the equity in your home, and you pay only interest on the amount borrowed.   If you don't pay it back within a decade, the debt "resets" as a conventional mortgage, and you have to make payments on that mortgage.

If you already have a primary mortgage, property taxes, and insurance to pay, the additional mortgage could be burdensome or even impossible to pay.  You could lose your home - and many did, during the recession of 2008.

The big problem, of course, is how easy it is to spend the money.   I had such a little checkbook back in the 2000's when I got a HELOC on my home in Alexandria, Virginia.   It became all-too-easy to run up debt on that puppy, paying off bills and amortizing credit card debt over 30 years.   I was lucky that we sold out at the height of the market.  Others were not so lucky.  Others lost their homes.

Yes, sure, you have "self control" and won't spend the money.  You are a financial superman who can walk through a casino without spending a cent on the slots.   A lot of people try to convince themselves of this.  The end up in gambler's anonymous.   I never lied to myself about this -with regard to casinos, anyway.  I realize today, though, how deadly temptation can be, and the best way to avoid being tempted is to avoid temptation in the first place.

Not surprisingly, the banks make it easy to sign up for a HELOC.  Bank of America will offer you one and even pay the closing costs, provided you keep the account open for two years.  The closing costs could top $2000 with appraisal fees and mortgage deed stamps, taxes, and processing fees.

Think about that - two grand.   The bank isn't stupid.  They expect to make that much profit from you within three years, just in interest payments.

I thought about getting a HELOC for about a nanosecond.   People said it was the "smart" way to borrow!  But I realized there was really no need to borrow in the first place.   I can spend less or use savings, if I want to buy something.   Having a line of credit "just in case" is like a dieter leaving a chocolate cake - or worse, a box of chocolate chip cookies - sitting on the counter in the kitchen.   Best to not put temptation in your way.

No, debt-free is the way to be.  If you are thinking of getting a HELOC, think about why you are doing this and whether there are other ways to pay for what you are borrowing money for.  Because it is not a "smart" loan, but just another debt that has to be paid back.
Newer Post Older Post Home