When Did FICO Become a Slut? 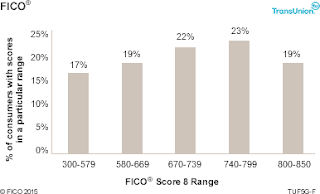 Your FICO score is no longer a State Secret!

In a very early posting, I noted that while, under the law, your credit report has to be provided to you once a year for free (at annualcreditreport.com - do NOT use any other site!) your credit score is considered "proprietary intellectual property" and if you want to see it, you generally have to pay for it.

The FICO people are about the same way.   Well, it is more complicated than that.   You can obtain a "credit score" - sometimes the actual FICO score - in a number of ways, for free.   Credit Karma, for example, will provide you with credit scores.  But they are not necessarily the FICO score from Fair Issac Corporation.

And these scores can be calculated using different algorithms.   For example, Bank of America offers a "Free FICO Score" which is based on Transunion data.   Under this scheme, I score 798 as of 12/22/2016   Credit Karma gives you two "scores" (not FICO scores) based on Transunion and Equifax data, yielding 816 and 811, respectively, as of 01/13/2016.    Capital One credit card, offers a "free credit score" feature, which is based on God-Knows-What, and is also 816 as of 01/13/2016.   They also offer a "credit report" for free, but it is not clear which of the three databases (Transunion, Equifax, and Experion) it is based on.

Note the spread in the scores, depending on how they were calculated.   Most lenders use the FICO-branded score for their evaluation of your creditworthiness.   I have noticed that in general, the non-FICO scores tend to be higher (by about 10-15 points) on average than the "real" FICO-branded score.  Note also that your score can change pretty dramatically over time, even from month to month, particularly if, like me, you have very low debt and low lines of credit.   Your debt-to-available-credit ratio can change dramatically between the day before your credit card payment is due and the day after.

The Bank of America FICO page (I am not sure if this is offered to all customers or just the "Platinum" members or what) also shows a neat breakdown (above) of average FICO scores for consumers in America.   Usually, in order to get these come-on offers they advertise on TeeVee, you have to have a score of 770 or better.  Oddly enough, the graph above does not break out at that level.  But interpolating from the graph, it appears that only about 30% of people in the USA qualify for this "excellent" level of credit.  Quite frankly, this is far higher than I anticipated.

Of course, I live near a very impoverished city, and low credit scores and shitty credit deals are the norm where I live.   More affluent areas are likely to have higher credit scores.   Quick:  Which is chicken and which is egg?   Do poor credit practices lead to poverty or vice-versa?  Food for thought.

The chart above also shows than nearly 40% of people in the US have really shitty credit, and maybe 70% - the vast majority - have to accept sub-prime lending deals.  These are the folks paying huge interest on car loans and credit cards.   And in a way, the graph above is skewed.  It appears to be an even, almost Bell-curve (no relation) distribution of credit scores.   But since the cutoff for "good" credit is about 770 or so, it really is divided into two groups - the haves and have-nots.

In other words, it doesn't matter much if your score is 780 or 820, you are still going to get the best deals in terms of interest rates and whatnot.    And similarly, it doesn't matter if your score is 550 or 620, chances are, you aren't going to get a loan at all, or if you do, at onerous interest rates.   The scoring system is binary, you are either in or out.  Or more precisely, trinary:  There are the best deals, shitty deals, and no deals at all.

But credit score isn't everything, and for this reason, I counsel people not to obsess about it.  Pay your bills on time, don't borrow money for stupid things - and don't borrow more than you can pay back - and your score will be excellent, regardless of attempts to "game the system".   And there are some ways you can game the system to bump up your score a point or two, but they are hard to do without a time machine.

For example, "oldest account" data is one of the minor factors in your score.  The older the oldest account is on your record, the higher this factor is in your score.   So when I closed the Sears account I opened at age 21, this factor went down - but it did not lower my score by an appreciable amount.   You might be able to bump up your score if you had an older account - but again, without a time machine, this is kind of hard to do.  For me, keeping an old Sears credit card account open wasn't worth the hassle - or the possible five-point bump on my score.

The biggies are whether you pay your bills on time, your debt-to-available-credit ratio, and whether you have any judgments or bankruptcies against you in the last seven years.   Being late on a mortgage payment can really kill your score, compared to being late on a department store card.   Both are bad for your record and score, however.    And there really is no way to "repair" bad credit - anyone promising to do so, is just trying to rip you off.

Correcting incorrect information, on the other hand, is something you can do yourself for free, and it can "repair" or correct your credit record.   I recounted before how an erroneous "late" payment appeared on my report when my bank sold my mortgage to another bank.  (Today, I am told that banks do not report late payments during this transition period, to avoid just such mishaps).   All it took was a phone call to clear up the error, and my credit score no doubt greatly improved (back then, we plebes didn't have access to the scores - or to chaste cheerleaders).

But again, obsessing about credit score is playing their game to some extent.   Borrowing money is not a privilege and borrowing for stupid things like consumer debt isn't a "smart financial move" but just a way of taking a dollar out of your pocket and making it worth a dollar less - just so you can have bragging rights to owning something.  And that is foolish.

Moreover, your score doesn't matter, if you have low income.   You can have the highest score in the land, but if your income is zilch, no one is going to lend you money.   I find myself in this situation right now, and maybe it is a blessing.  As an early-retiree who is living off after-tax savings, my taxable income is very low.   In fact, I have to be careful to make sure it does not fall below the poverty line or I will lose my Obamacare subsidy, which means I would have to pay $14,000 a year for my health insurance, instead of getting $14,000 in tax credits.   Such is the crazy patchwork quilt of Obamacare.

But getting back to loans, if your W-2 shows you made only $30,000 last year, you are not going to qualify for a mortgage for $300,000, no matter how high your score is.   I could not get a mortgage to buy the house I currently live in, based on my current income.   Weird world we live in, eh?

And as I noted before, when a bank declines you for a loan, you should listen to that good advice from the bank.  Getting debt advice from a bank is generally a bad idea, particularly when they are eager to approve you for a loan.  When you are declined, however, that is often an indication you need to get your financial house in order - listen to that advice!

When I was a big-shot lawyer and real estate investor, we were spending money faster than we made it.   I asked my banker friend if we could borrow more money.   Now bear in mind this is a bank I bought founding shares in - and still own stock in - and the Vice President I was talking to was a personal friend of mine.  All that doesn't matter.   If you think banking is done on a "who you know" basis, you are sadly mistaken, particularly in this day and age.

Anyway, he cranked the numbers and told me I was over-extended as it was, and he was really sorry, but they couldn't loan me more money.   I told him not to sweat it, as this was some great advice and an indication that maybe I needed to re-think my finances.

Others take this a different way.  They get angry with the bank, as if somehow it was a personal slight and not just what a spreadsheet algorithm cranked out - or what your credit score said.  They truly believe they are "lucky" to get a loan, and the ways to get it are to "know somebody" or through luck.   So instead of looking at their finances (and credit record) and thinking about why the bank declined them, they run off to seek shitty sub-prime financing that will surely ruin them over time.

And usually, they get these sorts of loans for stupid things like jet-skis or a motorcycle, or a pool.   Yea, I've been there, done that!

And the opposite is also true.   Just as having a great credit score and low income means you will not qualify for a loan, having a low credit score does not mean you are not wealthy or well-off.   There are a lot of people who live the cash lifestyle - some even for legal reasons - that just don't care about credit score because they don't need credit.

Sadly, this is becoming harder and harder to do, as credit score is now used as a factor in hiring and renting.   If your credit score is in the tank, you won't be able to get a job or rent an apartment - which is Catch-22.  If you can't get a job due to low credit score, how can you be expected to ever bring that score up?  It is like being a convicted felon - a one-way street to poverty with no way back.
Newer Post Older Post Home