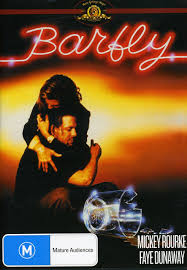 Good old Joe!  What a nice guy.  Salt of the earth.  A raving hypocrite and an utter asshole.


I try to be accepting of other people.  Even someone who seems to have no redeeming qualities whatsoever, like some accused criminal, I try to see another side to them.   Maybe they had a poor upbringing or mental health issues or were drug addicts.   These things don't excuse bad behavior of course, but if people own up to the things they did, well, at least that is a start.

Other folks, they seem to get away with bloody murder, never own up to it, and moreover, come across as self-righteous - castigating others while not owning up to their own fallibility.   I know one such guy, and I'll call him "Joe" as everyone thinks he is a "good old Joe" and talks about him in that sort of tone of voice.   "Good old Joe!" they say, "He does seem to drink a bit too much, but you know, he is a good ol' boy, that Joe!"

And for years, I went along with this.  "Good old Joe!" I thought, just as everyone else did.   He was charming, I guess.   But when you look at his life and how he lead it - and what he thinks of other people, you start to realize "Good old Joe" is evil as all get out.   In fact, now that I think of it, I hate good old Joe.  He's a real jerk.   Let me explain.

Joe grew up on a farm in Kansas.   He was a typical farm-boy and dated a few girls in high school before joining the military during the Vietnam era.   He was shipped off to Okinawa and missed out on direct action in 'Nam, fortunately for him.   But he did see some "action" getting into small race-riots against black soldiers when on leave.   You see, "Good old Joe" was a raving racist.   Oh, yes, he uses the N-word a lot, in fact, in nearly every sentence.   In his mind, black folks are what is wrong with America and they have somehow "taken away" his money.   But as we shall see, that was not the case.  Joe managed to squander what little money he had.

After his stint in the military, he returned to the family farm, but farming didn't seem like the life for him.  Again, he dated some local girls - we'll get back to that later! - and left town to seek work in Arizona doing construction.  He found odd jobs in house construction, working for low wages and spending all his money at bars.   Yes, he had a serious drinking problem.  He liked to cash his paycheck at the bar (yes, I've done that once - just once!) and buy "a round for the boys!" and get snockered and melancholy and maudlin.  He loved to spend hours in bars getting drunk and talking to strangers.   He was a charming man that way, but nevertheless a raging alcoholic - good old Joe!

Of course, if he left it at that, I guess he was harming no one but himself, although he was putting the world at risk with his drunk driving - good old Joe!  But he met a young woman and convinced her to marry him, even though his immediate and future prospects were not so good - just a string of minimum-wage or near-minimum-wage jobs that lead nowhere and didn't even have benefits.   They got married anyway, even though he was a staunch right-wing Republican and she a left-wing liberal Democrat.   Not a match made in heaven, to be sure.   And while they got along at first, they stared to argue and get into shouting matches.  But before long, his wife was pregnant with one of several children.

The problem was, of course, that good old Joe didn't want to change his lifestyle much to accommodate his wife and new family.  He still hung out in bars, squandering what little money he had, and showed up every evening at home, late, drunk, and argued with his wife in front of the children.  Good old Joe!  Everyone loves Joe, right?   Except his wife, who was finding it harder and harder to make ends meet, and spent hours keeping house, taking care of the kids, and working at a job of her own, while Joe went out with his "buddies" and had a good time.  Yet everyone told her, good old Joe!  He's such a nice guy! which started to rankle her after a while.

Joe drove home one night from the bar drunk, crashed his pickup truck, and ended up in jail with a DUI - something they could not afford on their meager salaries.  They were already asking his wife's parents for assistance - now it got worse.   And it would not be the first DUI he would get, either.  Good old Joe!  Such a nice guy.

But the fun never ends with Joe.   After more than a decade of contentious marriage - one in which the children - raised in an environment of alcoholism and constant shouting - turned into juvenile delinquents - Joe had a surprise in store for his wife.   What's that, a surprise you say?  A new car?  A fur coat?  A vacation in Cozumel?

No, no, nothing like that.  Joe surprised his wife by telling her that he had an adult son out of wedlock 20 years ago.   Nothing like secrets to keep a marriage strong!   And you see, good old Joe was quite comfortable walking away from family obligations - in fact, he made quite a habit of it.

Joe is a flawed man.  So am I.  I can be a real jerk sometimes.   I own up to this.   I am imperfect and don't judge Joe for all the really rotten shit he has done to his family over the years - that is between him and them.

What pisses me off about Joe is that he does all this and yet attends a fundamentalist church and believes in their hateful philosophy.  Even though a similar church was literally across the street from their house, Joe was concerned that the minister there was "too liberal" - believe it or not.  He made the family drive an hour every Sunday to attend a right-wing fundamentalist church.  Good Old Joe!   You see, Joe believed that sex before marriage was taboo, according to the Bible, and that having children out of wedlock was a sin - for other people, of course.

Joe was quick to castigate - damn to hell - the fornicators, the drunkards, the homosexuals, and all the other "bad people" in the world (including of course, the blacks and Hispanics, although the called them by other names).  He will bore you for hours about how black people are "having children like litters of puppies" with the Father "running off without supporting his kids!" - and the irony is lost on him.  It completely fails to register in his mind that his religious beliefs would put him in the front-row seat of the roller-coaster to Hell, if such a thing existed.   Joe was a raging hypocrite.   Good old Joe!

But maybe I am being too harsh.  Maybe Joe is just too stupid to know any better, and can't even spell hypocrite much less understand what it means.   Maybe he just can't help it, and doesn't see the disconnect between his beliefs about others and his own personal behavior.  Maybe.  Good old Joe!

All I know is, I would never get away with the shit that Joe does.   If I tried to even pull off half the stuff he does, people would call me out on it.   And maybe this gets back to how victimhood works.  Joe gets away with it because we condescendingly think "he doesn't know any better" because he comes from a rural home and does not have a lot of education.   He gets sympathy when he screws up.  We are held to a higher standard, at least in theory.   But if you think about it, all the time Joe spends at the Bible-Thumping church, shouldn't he know better than the rest of us?  Or at the very least, not be so eager to judge others.

The problem I have, is that there are a lot of Good Old Joe's in the world, who are quick to judge others, but not judge themselves.   Sarah Palin is quick to denounce extramarital sex and the high divorce rate, but fails to see how this plays out in her own family.   People are fallible - we all are.  But to claim to have the inside track to what God thinks, while at the same time leading a train-wreck of a life, strikes me as a bit odd.

So I won't judge Good Old Joe.  No doubt, his life has been marked by tragedy and hardship, and maybe that is the Karmic wheel turning.   Good Old Joe has had to deal with troubles in his life, to be sure.  And as they say, it takes two to tango - why his wife put up with him is beyond me.   She could have left early on, or simply chosen not to marry him.

Good Old Joe - the poor bastard.   Life to him is just one confusing and unexpected thing after another.   And maybe that is why he drowns himself in cheap beer and the friendship of strangers.  If there is a lesson here, it is not to be like Good Old Joe.
Newer Post Older Post Home