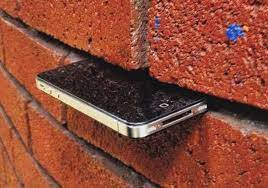 A software company can "brick" hardware through the use of updates - accidentally or intentionally.

In recent years, we have seen technology plateau for longer periods of time.  In the 1980's, it seemed that every year, your computer was obsolete.   By the 1990's, PC design had largely stabilized, and people were content with what they had.   Companies had to create reasons for people to upgrade.  Windows 95 was one such attempt - that largely failed, as people felt the upgrade - of both hardware and software - was somewhat forced.   Just a few short years after junking their DOS PCs for Windows compatible hardware, they felt put-upon to junk these new machines for a new version of Windows whose advantages were not well explained.

The result was a tech recession, as hardware makers geared up for a major change that didn't occur.  People still upgraded machines - over time, when the old ones wore out.  But the sea change the hardware and software companies envisioned never materialized.

In recent years, it seems they have fixed this problem.   Instead of offering new software (which in turn requires new hardware) they instead decided to use the auto-update feature of most computers and phones to force updates onto machines that would either degrade their performance or turn them into bricks.

Windows 10 was famous for this.  Unless you intentionally disabled updates or manually went into your updates and erased the Windows 10 "auto-upgrade" nagware, your Windows 7 or 8 machine would automatically download and install Windows 10 on your Windows 7 machine, which up until then was working perfectly fine.

The result was mixed.  While a few people reported Windows 10 worked fine on their older machines, a lot more reported problems with drivers, slower performance and software conflicts.  Many folks got frustrated that their older machines that were running Windows 7 flawlessly (and mine is nearly a decade old) were now clunky and hard to use.  They gave up and went out and bought a new computer.

Now whether this was unintentional or deliberate collusion with the hardware makers is for you to decide.  The net result is the same - you have a product that is working fine for you one day, and barely runs the next.  And unless you are adept at using computers, uninstalling Windows 10 and re-installing Windows 7 would be very tricky or costly, particularly if you had to pay someone to do it.

Apple got into the game with its famous update to iOS 9 and iOS 10 - both "bricking" older phones, or phones with unofficial software on them, or phones that had been unlocked.   People downloaded the new iOS or had it set to auto-update and found that their phone was no longer a phone, but a paperweight.   Supposedly, Apple has now "fixed" these problems, but in the interim, people had no phone to use.   So they had no choice but to go out and buy a new one.   And I suspect Apple only "fixed" the problem when they realized that people were not running out to buy new Apple phones, after being treated so shoddily.  Nevertheless, I am sure it sold more than a few new iPhones, particularly for people with Cadillac plans that gave them "free upgrades" to new phones every few years.

Accidental or intentional?  Or merely a happy accident that no one felt compelled to fix?   You do run into this with older software that is no longer supported.   If you want to run obsolete versions of software, you do so at your own risk, and if there is a conflict with some new piece of software, well, too bad for you.

Google Android is in the game now.  As of January of this year, a new "update" to Google Search causes the error message "com.android.systemui has stopped" whenever you try to close an app on the phone.  This is a common error message when something has gone wrong on an Android phone - the smart phone equivalent of a blue screen in Windows.  The phone reboots and you have to log in again, and all your apps are dumped.

In the past, this occurred due to various reasons.  Usually clearing the cache - a tricky procedure that if done wrong, could erase your phone - solved the problem.  But the problem today (January 2017) is a little different.

Today, it is only older phones being affected by a new update to the Google Search app, which is part of Android.  The only way to fix it, that I know of, is to go to the play store, uninstall the "updates" to the Google app (by hitting "uninstall), and then hit the menu button and disable automatic updates for the Google app.

This fixes the problem, but then reverts the phone to the original version of Google Search, which doesn't work as well as the updated version.   In particular, the voice recognition feature seems degraded.

But of course, to the folks at Google, they are less concerned with people using older phones (Like my old Galaxy S4) and the easiest way to "fix" this problem is to go out and buy a brand-spanking-new phone.

Now again, the question:  Is this intentional or accidental?   I am inclined to say the latter, only because I understand a little how technology works.  When these updates and upgrades are tested, testers use the latest equipment in an environment with high-speed internet connections.  As a result, software that works in the lab often doesn't work in the field, where connection speeds are slower, equipment is older, and not everyone has upgraded memory or storage.

But the net effect is the same - it reminds the user, painfully, that their equipment is old and needs to be upgraded.   If you are clever and handy and know something about technology (or can Google the problem, ironically) you can do a work-around to the problem.

And who knows?  Maybe the next update to the Google Search app will patch this issue.   But I am not holding my breath.

What scares me about this sort of thing that is it only a matter of time - if it has not occurred already - that the powers-that-be decide that intentionally bricking phones and computers is a neat way of forcing expensive hardware upgrades onto people.   This is a particularly attractive strategy when technology reaches a plateau, and the new features of newer models are not compelling enough to get people to switch.   Forcing them to switch becomes an attractive option.

And who knows how long it is before they decide to brick other things - your car, your refrigerator, your HVAC system, whatever.   Because anything with a processor in it could be bricked in this manner.

Software updates are a fascinating way of literally programming planned obsolescence into a device!

UPDATE 2020:  The problem only got worse with time, as more and more apps would not function with the Galaxy 4.  Even if I disabled upgrades and updates, the app maker would tell me the app was "no longer supported" and when it is your banking app, well, you have to do something.

So, the outdated Galaxy 4 goes in the trash after years of loyal service, and two new (used) Galaxy 7's are found on eBay for $149 apiece.  The only downside is the batteries are not removable in these new phones, but so far (two years now) the batteries seem robust and likely to outlast the phones, which, like the S4's before them, will go into the trash, working perfectly fine, but outdated.

Such is the nature of electronic technology.   At least I am only paying $149 a pop to upgrade, versus $1000+ for a new iPhone or Galaxy.   Like buying an expensive car, all you are doing is buying more depreciation!

Unlike cars, though, which depreciate 50% every five years, smart phones depreciate about 95% in five years - perhaps more.   You can't give away a Galaxy S4 anymore!  And I am sure the S7 can now be had for well under a hundred bucks.

I suspect in two or three years, I will be looking at two-models-ago Galaxies to buy.   Maybe just one, this time, though.   Like cars, one way to cut costs in half, is to share.
Newer Post Older Post Home