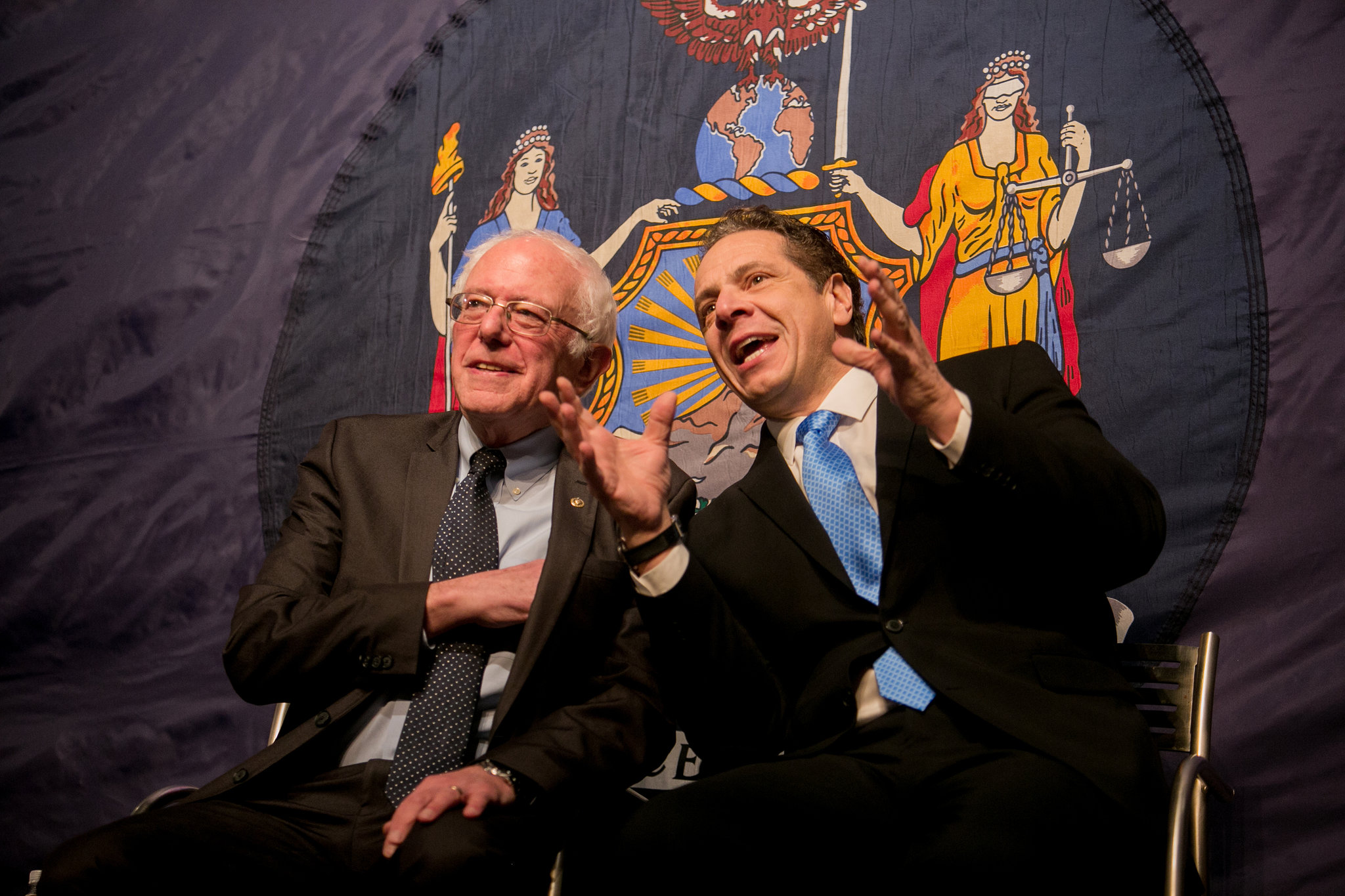 Populism on the Left is not dead - sadly.

Two items in the news that depress me.   Democrats apparently believe that the reason they lost the election was that they were not Leftist enough.   No, they seriously believe that people voted Republican because Democrats didn't promise enough free shit.

In Virginia, Governor McAuliffe has been trying to promote his lieutenant governor, Ralph Northam, as his successor.  Meanwhile, an unemployed former Obama Administration official who has decided to take his "populist" message to Virginia and challenge Northam for the nomination.   This means an ugly primary fight, and since only crackpot extremists vote in primaries, there is a good chance he will get the nomination.

If this happens, the Republicans will take back the governorship - for the first time in many years.   Virginia is a conservative State and Democrats have won there by being middle-of-the-road, not left-winger populists.   The Democratic party could learn a lesson or two from this playbook.

The stakes are high - lose the governorship of yet another State and that means an even weaker Democratic party.   More gerrymandering will go on, and the State will revert to bright red, once again.  The stakes are indeed high for Democrats.

A messy primary battle is why Hillary lost the Presidency.   Bernie Sanders and his ilk need to go away.

Ah, but that form of "give away money" populism isn't going quietly into the night.   Good Old Bernie is on stage again, this time with Governor Cuomo, who is announcing his unfunded plan to give away college to anyone in New York whose family is "poor" - which in tax saturated New York means any family making less than the paltry sum of $125,000 a year.

Yes, you read that right - free college for families with six-figure incomes.   Only in New York!

But wait it gets worse.   The staggering tuition sums that these poor people can't afford to pay?  About $6,000 a year.

Even if you are destitute, you can get a student loan for this amount - with a total indebtedness of about $24,000 after four years - less than the cost of a moderately optioned Camry.  This is not a staggering or onerous amount of debt to pay off.  And it is, ironically, about the average indebtedness most college graduates have today.

(There is a mythology about student loan debt - that most students are graduating with hundreds of thousands in debt.  The reality is most have less than $30,000 which is what a car costs these days.  For a decent college education, this is not an obscene amount.  For a crappy college education, it is).

Cuomo argues - correctly - that in our more technological society, a college education is really necessary to get ahead in the world.  Of course, he fails to say a worthwhile college education.   The problem with this plan is that a lot of kids will do what they are already doing today - going to college to party and to study what seems "like fun" and isn't too hard.   They won't be going to SUNY to get degrees in robotics or computer programming or even business.  They will be majoring in "queer studies" and "racial sensitivity" and a whole lot of other nonsense that colleges and universities are pushing these days.

Worse yet, once it gets around that a SUNY degree is free, it won't be perceived as being worth anything.  State schools already have a perception problem - that they are of lesser quality or are not a rigorous or prestigious as some private institutions.   This perception is usually inaccurate, but it exists today. When SUNY becomes "free school" for the poor, what will its perception be then?   It becomes like the British higher education system, where a "real" degree is a "first" and the kids who went to party just got "ordinary" degrees which are worth nothing in the job marketplace.

To me, having worked my way through 14 years of college (ten years mucking about with an Engineering degree part-time, and four years of Law School at night), the actual cost of tuition was not a big issue.   While I was accepted at George Mason Law School, which had cheap in-State tuition, I chose to go to the far more expensive George Washington University Law Center, even though the tuition back then (30 years ago) was more than a year at SUNY today.   And yes, I graduated with $38,000 in student loan debt (about $80K today) and paid it all back, thank you.

Cuomo is trying to solve a problem that largely doesn't exist except in the minds of some newspaper editors who love a good headline, and "progressive" political leaders who are looking for a "hook" to snare millennials with.  And sadly, the Democrats go back to their old playbook - what free thing can we give you that will get you to vote for us?

Because the "horror stories" of intractable student loan debt are usually outliers used to sell headlines - people who get worthless degrees and go about it in the most expensive way possible.   We never hear about the folks who scrimped and saved and borrowed less and got degrees which actually lead them to reasonable paying jobs.   We only hear about religion majors who are $100,000 in debt and can't figure out why.

If Cuomo and Sanders really want to "reform" student loans, they should push for legislation to make private student loans subject to bankruptcy.   This would severely limit the number of private student loans being made, which in turn would force students to make better choices - spending less, maybe working more.  It also would shut off the tap of "funny money" that has allowed colleges and universities to pad their bills and payrolls for so long.   Throwing money at a problem is often the worst thing you can do - it only makes the problem worse.

What colleges and universities need isn't more free money, but more cost controls and oversight, and that is only going to occur when they have to compete for students based on a price/value proposition - something they do not have to do today, unless you count rock-climbing walls in the student union as a "value" for incoming freshmen.

Colleges and Universities today are a lot like the airlines before deregulation - since they did not have to compete on price, they offered amenities instead - fancy in-flight meals and frequent flyer miles.   You did get first-class service back in the heyday of regulated airlines, but a coast-to-coast flight could cost more than a good used car, too.

Sadly, it seems the Democrats don't get this and instead want to throw more money at Colleges and Universities - as if this will fix the problem.   Maybe they need to look at the history of this and try something different instead.

And maybe the Democrats need to look at their own history and try something other than pandering instead.