If someone steals your debit card, what do you need to do?

What is the difference when someone steals your credit card, versus your debit card?   Well, tonight, I got a chance to find out, firsthand.
Three years ago, I was out on my boat, quite drunk, when the cell phone rang.   Bank of America fraud department wanted to know if I had just bought a one-way, first-class ticket to Abu Dhabi on my BoA Credit Card.
No, I had not.   I told them I would call them back, using the number on the back of the credit card, which I did (I wasn't THAT drunk).
So I called back, and the same story.  Only I learned also that they made a $1.10 charge to iTunes first, to test if the card numbers were valid.  Then they went for the big Kahuna.
But the joke was on them - back then, I was so financially stretched, that my card was near the limit and the charge was declined.
Bank of America cancelled the credit card and mailed me a new one.   End of story.
Tonight, I went out to dinner.   And before I left, I checked my balance at 5:00 PM.   When I got back at 7:30, I found several e-mails about foreign debit card charges and suspicious activity.
I logged onto my BoA account and found four fraudulent charges (in bold):
The first is to a "U STORE & WASH" which is located in the fictitious town of "GREEN PARK SC" which does not exist on any map.  There is a U STORE & WASH in Medford, Oregon, and I called him and he said it was the second call he got that day.  He does not have a merchant account.   Again, they make a small charge to test the card.
How they set up a fraudulent merchant account, I do not know - I had to provide a birth certificate and fingerprints to get mine - as well as the name of a real City and State.
The other company, TERRIFICPET which is listed as "NY" but has a phone number in Ontario, Canada, made three charges, of $20, $40, and $60, before the BoA computers caught on.
I called the number, but it was busy.  A search online lists the number to a website owner in Ontario:

Some more detective work turns this up as a website for "Virtual Pups" and the address listed above as being for their legal counsel. Someone stole my credit card and used it to buy a virtual dog? That is just too weird!
Is this guy making fraudulent charges? Has someone hijacked his merchant account? Is one of his employees doing fraud after hours? Or did they just pinch his phone number? What? When I call the number listed, I just get a busy signal.
I called Bank of America, the customer service number that was provided in the e-mails (and is on the back of the card). The person answering the phone was very vague and evasive, but finally gave me the name of the fraud department. I called that number, and after a few minutes with the DTMF tree, got a live (American) voice, and explained my life story (again). He indicated he would cancel the card, and show the charges as fraudulent. He then gave me the number of ANOTHER branch to call, to get a credit on my account for the charges. Not as simple as with a credit card! So far we are on phone call #3, and it ain't nearly over yet!
I call this number, go through a DTMF tree again, and talk with another fellow. He is sympathetic and says I will get a credit in 24-48 hours (a big problem, if these guys had charged a lot, or my bank balance was low!). However, he suggested I file a Police report.
Moreover, a written report form from the bank fraud department would arrive in the mail in 2-3 days, I would have to fill this out, provide a copy of the Police report, etc., and then mail it back in.
Not so simple, eh?
And if I fail to do all of this? I may not be credited for the fraudulent charges.
What irks me is that the charges are listed as "pending" but for some reason they cannot cancel them. You would think..... anyway.
It is interesting, however, the difference between credit card fraud and debit card fraud - to the account holder. You have to jump through a lot more hoops with debit card fraud. And filing a police report is one of those hoops.
The officer is sitting in his car, in my driveway, right now, filling out the report.
I also called the RCMP Fraud prevention department and filed a complaint online - but they will only consider complaints forwarded from a U.S. Police department. And the local cops don't have time for that. The best advice the RCMP has, if you are a victim of identity fraud, is to call the credit reporting agencies (!) which to me is a tacit admission that "we ain't gonna do shit". So much for Law and Order in Canada!
THIS is why ONTARIO is now the NIGERIA of North America. No one gives a damn, and no one will do anything about it. The fraudsters on Craigslist and eBay are all out of Southern Ontario, nowadays.
But if you do call the RCMP, they will offer messages in French or English.... How politically correct.
UPDATE: I called the employer of one of the listed owners of TERRIFICPETS and while I could not get ahold of the owner, I did talk to a friend of his (only after they claimed he no longer worked there). She said he no longer owns the business, having sold it. Curiouser and Curiouser! It may be, and appears to be, that the scammers picked the name of a real company, changed the spelling and city, state slightly (from Ontario to NY) and then used the phone number of the original site (which is busy, probably from a lot of irate callers).
Or it could be their site was hacked? Stay tuned.
UPDATE:  I received a call from a website called "YEXT" which is an advertising site. They wanted to know why my credit card was declined for a $1000 purchase.
They claim a company called "Vineyard Bulldogs" in "Mineral Wells, Texas" tried to order $1000 in advertising services. Disturbingly, they had my card number, expiration date, and home address and phone number.
They listed their contact information as "Louise David" at 956-508-3512 but a call to that number went through google phone, and then to an answering machine with an indecipherable message.
The charge was, of course, declined, as the card is no longer valid. What is disturbing is that they had the correct billing address information, which tells me that they swiped the info from an online website of some sort (and not from a point-of-sale terminal). These thefts may be related to the Puppy Scam, which I will write about next.
UPDATE: I searched the TERRIFIC PET website and found these listings, which appear to be made last night. I am willing to bet, this is the "Vineyard Bulldogs" who tried to list on YEXT:

UPDATE:  With no response to my calls to TERRIFICPETS, I tried e-mailing them.  They replied that they would reverse the charges and apologized.  Interesting.
I had called a number in Mineral Wells, Texas, and it went to Google Phone, and a thick (Mexican?) voice was on the answering machine.
He called back.   He could barely speak English.  The most I could get out of him was "You want Dogs?"
Who buys dogs from people like this?  And who pays $1200 for a bulldog.
Go down to the track, Greyhounds are free.... and more beautiful! 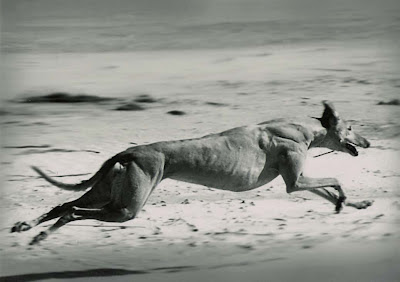 So nice, they even smell good.  And there is only a $250 adoption fee, which includes neutering.   No pet stains, no training needed.  Quiet and they love to sleep.  And they are beautiful - particularly compared to a slobbering bulldog.  Yea, I know, they are the Georgia mascot.  Go Dogs!
UPDATE: I sent an e-mail with all this information to the Police Chief in Mineral Wells, Texas.  One of the phone numbers given by "Louise David" is for a land-line, and should be traceable to a physical location.  We'll see....
UPDATE:  After doing more detective work, it seems that my stolen debit card was used to buy online ads for fictitious dogs.   The fellow with what I thought was a Mexican accent was from Russia.   When people answer the ads, they tell them a song-and-dance story about how they are getting out of the breeding business and they will send the dog for free, if they wire the shipping money by Western Union.
So, in other words, my debit card was stolen not for the money, but to pay for ads for another fraud.  A fraud-within-a-fraud.  See THIS POSTING for more information on the Designer Dogs Scam as well as THIS POSTING on Free Puppies.
How did the card get stolen?   ECS Tuning, a BMW-parts company in California, sent a "mea culpa" letter explaining that they put my CC information on their order forms, which were then given to the warehouse people to fulfill the orders.   Someone in the chain was photocopying the forms, which is how they got my debit card number, CVV2 number, expiration date, and home address and phone.
This can happen to anyone, of course, but it illustrates that using a debit card over the internet has more risks than a credit card.  I now use my credit card or PayPal for internet transactions and my debit card for point-of-sale purchases.
I didn't lose any money in this deal, but it was a small hassle.
It goes without saying that ANYTIME someone asks you to send money by Western Union, it is likely a scam.
Newer Post Older Post Home