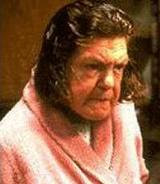 One problem with being old and living alone, is that you are a prime target for exploitation of the most odious sorts.

As I noted in Get Out of the House!, many elderly people look at "staying in their home" as some sort of accomplishment or desirable goal.   This goes through phases, which I witness here on Retirement Island.

First, they retire, and have a lot of time on their hands.  Now, they have time to clean those gutters, manicure the lawn, build a birdbath, and paint the driveway.   And in short order, they turn home repair into an obsession.  Their houses look neat - super-neat - and they spend all their time complaining about "those darn kids running across my lawn!"   Or, they put PVC pipes or rocks at the edge of the road, so motorists don't damage that last 6" of perfect lawn that goes all the way to the road (oblivious to the fact that intervals of pipes, posts, or rocks are uglier than an occasional bare spot, and moreover, illegal on the right-of-way).

This goes on for several years, at least until a health crises arrives.   But eventually, they lose the energy and stamina to keep up the place, and the former showplace now starts to degrade, its degradation enhanced by the very fact that the numerous fountains, birdbaths, feeders, birdhouses, swing chairs, patios, and other elaborate and fussy landscaping and home accessories, are now in decay.

And then the vultures sweep in.   As their income and abilities decline, over time (inflation eats away at earning power, many pensions have no Cost-of-Living increases, and all those birdbaths were bought at the expense of savings) the can't keep up the house as it was, and it starts to decay.

So, when they need a new roof, the fellow who says he can put one on for $1000 sounds like a good deal.  That is, until he takes the $1000, strips off the old roof, and then disappears for good.   Worse yet, are folks who pose as building inspectors, gas leak inspectors, and the like, and request permission to look through the attic or "inspect" the stove, and then distract the elderly homeowner long enough to swipe all their jewels.  And if they can't swipe, they then merely stake out the place, and come back later on - after the chatty homeowner has told them that every Thursday is Bridge Club.

And of course, they are scammed on the phone and online.   The are badgered to hand over credit card information over the phone, or send phishing e-mails saying that their car warranty is going to expire.  Or they get that e-mail from a "grandchild" who is stuck overseas and needs money wired fast! - but of course it is just a con.

As you get older and lose your faculties, all of these things can happen.   And the problem is, you can't predict in advance when you are going to lose your faculties.  And once you do, you don't think you have, so you "stay in your home" thinking you can handle it, when in fact, you are living in your own squalor, in a house that is falling down around you, and you are constantly victimized by con artists.

For example, one woman drives home, only to realize she has locked herself out of the house.   She is too ashamed to ask a neighbor for help, certain that they will perceive her as "losing her faculties" - so she lives in the garage for a week, eating canned goods stored there, before finally going back to the store, dirty and disheveled, and embarrassingly reports to the shopkeeper, her predicament.   Of course, she is shuffled off to the "home" in short order.  Losing your house keys is not a sign of dementia.  Living in your car because you are too scared to do anything, is.

And for the elderly, this is a source of shame.   No one wants to be perceived as "losing it" for the simple reason that their peer group - reduced to the superficial status of giggling high-schoolers - will ostracize anyone who becomes ill or loses their faculties, as though it were a personal failing.

"Did you hear about Suzie?" they say to each other, knowingly, "She was found babbling in the back yard in her bathrobe!  Tsk-Tsk!"   And they all giggle and think to themselves, "Well, that will never happen to ME!" but of course, it is a predictable outcome if you live long enough, as the brain is the only organ in the body that is incapable of regenerating new cells.

And I have written about this before, and it is a shameful aspect of elderly living - how the elderly ostracize each other if they become ill or run out of money.   When my Grandmother went to a retirement home, there were two wings, one for ambulatory patients, who played Bridge, had luncheons, and went on bus tours.   The other wing was for those who were bedridden, incontinent, and drooling most of the day.

The ambulatory people referred to the other wing as "the other side" which sort of has a metaphysical meaning.  "Where's Suzy?" one would say, "She wasn't at breakfast this morning!"   And the others would look up from their Bridge hands and say, "Suzy went over to the other side," and no more would be spoken of her (and the woman who asked would feel embarrassed for even asking about her).

And the worst thing you can do in the retirement home is to come back from the other side.  My other Grandmother did this at her retirement home, which was a high-rise, and the "other side" was called "the seventh floor" in hushed tones by residents.   She made the mistake of coming back from the seventh floor, at least three times.   And she discovered after the first trip, that the other residents had basically written her off for dead.

Gee, the elderly are such fun!

No, they are just human beings, and that is the point of this post.   And yes, there are a few, brave hardy souls out there, who don't listen to the normative cues of their peers, and do what they think is right, not what the clattering chickens in the Bridge Club think is socially acceptable.   And those folks, who march to their own tune, don't write-off lifelong friends, just because they went over to the other side, the seventh floor or the pavilion or whatever.  But those folks are few and far between.

And perhaps this is why so many elderly people resist leaving their homes, as an assisted living center or retirement community can also be a bit of a horror-show.

But staying in your home has far more serious potential consequences than the lawn not being kept tidy or being ripped-off by unscrupulous contractors.   Sometimes, it turns into a nightmare of M. Night Shyamalan proportions.

You may have read about cases, where elderly or disabled people are found tied to their beds in their apartments, often dead and decaying, while crack-heads are still cashing their pension and social security checks.  This happens with alarming frequency these days.

Often, how this starts, is that a younger person will befriend a single elderly person, perhaps suggesting that they move in as a "roommate" to help defray costs for the elderly person.   They may actually pay rent for a month or two, and be helpful around the house, cleaning up and making meals.   And at first, the elderly person may see this as a sound way to stay in their home, as well as offset the rising costs of living.

However, in short order, the new friend invites other friends to come and live there, and very quickly, things spin out of control.   Valuables go missing, rent is no longer paid.  The helpful friend who cleaned and vacuumed and made lunch is now telling the elderly homeowner to "go fuck themselves" and refusing to leave.

The elderly homeowner tries to complain to neighbors or even the police, to no avail.   She is perceived as losing her faculties, and whenever Police or neighbors arrive, the "new friends" who are now firmly ensconced in the house, will act very contrite and reasonable and whisper "well, you know, she is losing her mind a bit...."

But of course, that is the last time anyone actually sees the elderly homeowner, as she is then "punished" for trying to alert the authorities.   Locked in her room, or even tied up, they cash her social security checks and pension checks, and raid her bank accounts.   And this can go on for months, perhaps years.

In a few celebrated cases, the perpetrators (who sometimes are the victim's own children) continue to cash the checks and loot the estate, even years after the victim has died.

Does this happen often?  Often enough.   The main thing is, figure out how and where you are going to spend your "declining" years before you decline.   Because once you go around the bend, you won't know if it is snowing or blowing, and by that point, it is too late to take action.
Newer Post Older Post Home