I Can't Afford to Pay Cash! 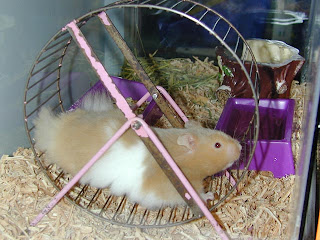 People get into debt, and then get into a debt mindset.  It is poverty-think.
One of the comments I get from particularly dense people is, "Well, that is all very well and fine for you to say to pay cash for a car!  You're rich!  I can't afford to pay cash!"

Parsing this takes time.  First, I am not rich, at least in terms of income.  I likely make less than you do - far less, in fact.   But I own money which is a different kind of wealth - actually the only kind.   High salaries do not make one rich, unless you keep some of that salary, which you cannot do, if you are borrowing all the time.

But the more important thing is this:  If you are borrowing money, not only are you paying the same amount for the car as the guy paying cash, you are actually paying more.   So when you say you "can't afford to pay cash!" that really is a lie.

So the idea that "you can't afford to pay cash" is just stupid.  You are paying the money - plus a premium - just to pay it in installments.   If, instead, you put that money into savings, over time, you would accumulate enough to pay cash for the car, and earn interest in the money, making out on both ends.

But, it gets better.

Once you realize how much you are spending - and how difficult and hard it is to save even a dollar - you will be less inclined to spend the money on foolish things like status cars.   You will shop more aggressively on price - and be offered better deals as a cash customer (those rebates that the borrowers don't get, for example).   And you may realize that buying a late-model secondhand car, with low miles, is a far better bargain - often 20% less than retail prices for a new car.

Or, like me, you realize that while you can "afford" to buy a new car, after painfully saving up money, you realize how hard it was to do, so you forgo the expense entirely, preferring to have $20,000 in the bank, as opposed to $20,000 in your driveway.   You realize there is nothing wrong with your old car, anyway.

It becomes a self-fulfilling prophesy - they go into debt because they "can't afford to pay cash" and because they are in debt, they can't afford to save up for a new car.  It is the Hamster Wheel of Debt.  You take on debt, because you are broke.   The debt keeps you broke, so you take on more debt.  And you never save, as you have to service debt - all the time.  Debt, debt, debt.

But this is not a preordained outcome.  It is a choice, not a necessity.  And you can tell yourself, all day long, that you need a new car to get to work but you are in fact, lying to yourself just to justify poor choices.
Newer Post Older Post Home