Never Take Career Advice From Anyone Over 30! 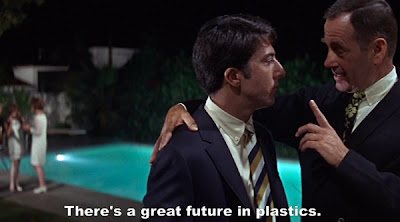 
A reader wrote to me that his wife wants to pressure their son to go into nursing, as it is a solid career and has a good future, even though the young man likes to write.   It is good that the parents are interested in their son's career and trying to provide helpful advice.   But picking a career for your child is not usually a good idea.

Why is this?  Because the careers that will be "solid" in 20-30 years are ones we really don't know much about today.   Maybe nursing will be OK - but it never has been a really high-paying career.   And as more people get into elder care and medicine - because of all the hype in the media - the law of supply and demand will catch up.

And then what do you do when the baby-boomers all die off?  Just a thought.

My career choices (and there have been several) were not considered "popular" when I was in school.   Engineering was considered a solid field, but I was told that a good Mechanical Engineering degree was the way to go, and that Electrical Engineering was "too specialized" and too narrow a field.   I am glad I switched my major from M.E. to E.E. to be sure.

And while Electrical Engineers were making good salaries in Silicon Valley in the 1980's, the market started to flatten out in the 1990's.   Engineers were paid, "OK" it seems, and prone to being laid-off and also never hired again, once their salary requirements rose so high - and their job skills became obsolete.

Computer Engineering wasn't even heard of when I was in High School.   I liked to program computers, but again, my elders told me there was "no future" in software.   After all, guys who programmed FORTRAN on punch cards were just math geeks who were paid little.   The idea that one program could run on a million computers - and make huge royalties for a programmer and his start-up company - was not even considered.

Until the 1970's, Patents were not deemed to be worth much.   Several court cases had gutted the system, and in some venues, judges were rabidly anti-patent.   My Dad told me there was little point in getting Patents - and Patent Attorneys at that time had pretty small, sleepy practices and commensurately small salaries.   Then the Federal Circuit was created in 1981 to hear all Patent Appeals, and after Polaroid v Kodak, all hell broke loose.  Suddenly, everyone needed to get Patents - and Patent Attorneys could name their own salaries - and did.

Again, who could have foreseen this?  And again, the advice from my "elders" proved dead wrong.   And when I told them I was studying Patent Law, I had to explain to them why this was a good thing.

And since those days, the Patent business has chugged along, although like Engineers, the salaries have sort of flattened out, over time, as Patents are once again reined in by the courts.   Going into the business today is not as lucrative as it was in 1985 or so.

The only thing I will tell you is this:  Do something you love - or at least enjoy.   Why?  Because while having money is a lot of fun, it is not a rewarding as creating, experiencing, and doing.   And if you go through life doing things to "make money" you will feel cheated, when the grim reaper is on the horizon, that you didn't do things that you wanted to do, and could have.

If you want to be an artist, a writer, or a philosopher - and really want to do it  (not just think it would be a collection of "gut" courses which would allow you to party through college) then do it.   But if the career is going to be a low-paying one, then for God's sake, don't blow a wad of money getting the credentials to do it.

How can you get the education then?   Don't worry -  if you want it badly enough, you will find a way.   And maybe part of that journey is discovering that you don't want it that badly - and that is a fine and good thing.

But suppose, like so many high school graduates, you don't know what you want to do?  Don't panic.  This is normal.  Your life experience is limited - knowing which career entails what is hard to fathom.  There are jobs out there you never heard of - and maybe never will.   Picking "whatever" and blowing money on it, to me, makes no sense at all.

Again, as I noted in an earlier post, paying a ton of money for an education, and then working as a cocktail waitress to pay off the debt, makes no sense at all.   You never end up working in your chosen field, and every year you work at some other job to pay off your debt reduces the chance of you ever working in that career at all.

So think about what you want to do - and then do it.   Consider advice from your elders - but also take it with a grain of salt.   What worked for them might not work for you.   Follow your own muse, but don't borrow a wad of money to do it.
Newer Post Older Post Home