What Would A Landlord Do? (WWLD?) 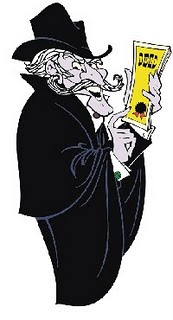 If you are on a Condo Board, or even just maintaining your own home, one way to look at things is along the lines of What Would a Landlord Do?  WWLD can save you a lot of hassles and money.

I was on a site the other day which was devoted to Condo issues.  And the fellow who runs the site, I think, is shilling for some attorney that represents Condo boards.   It is hard to tell, as the links on the sidebar of the site go to different blogger sites and elsewhere.  It is confusing to navigate.

The stuff he was discussing pretty much summed up what I said in my article, "Never Buy A Condo!" which illustrates the pitfalls of Condo ownership.  One of the articles he had was about conversion of older apartment buildings to Condos, which creates problems, as they are often near the end of their design lives, and cause a lot of expenses for the new Condo owners.  And of course, new Condo construction quickly becomes old Condo construction, within a few years, so you are not immune from this effect if you buy a new Condo.

Condo Boards, being amateurs at running huge buildings, are often flummoxed by their responsibilities.   The owners want to spend hardly anything to fix the place, and if there is even a dollar "surplus" in the bank account, they shout for lower condo fees.   And then owners demand that their petty grievances against other owners be aired, and that onerous social rules be enacted on door mats and Christmas wreaths, or whatever.

And as I noted in my article, sometimes it is better to live under the Dictatorship of a Landlord than under the Democracy of a Condo Board.  While Dictatorships can be nasty, when you are renting an apartment you always have the option of emigrating to some other place.   With a Condo, you are stuck, particularly if the actions of the other owners tends to cause prices to plummet.

It struck me, that, if you are on a Condo Board - or indeed, even if you own your own freestanding Real Estate, taking the view of a Landlord, at times, could be instructive.   Having to keep a close eye on the bottom line, Landlords typically don't waste a lot of time on tomfoolery, nor do they squander money on nonsense - or try to fix up a building near the end of its design life.

Thus, for example, you generally don't see Landlords getting into the middle of tenant disputes over whether Suzie can have a door mat or a Christmas wreath.  They usually say, "do what you want" and when their leases come up, evict both tenants as troublemakers.   While a Condo board can't generally evict people, they can choose not to get involved in owner disputes and silly rules about decorations.

On the other hand, I have seen Condos in Florida, where one owner decides to enclose his balcony to create more living space, petitioning the Condo Board for permission to do so.   While this might be a swell idea for him, what ends up happening is that the building looks like hell, as each owner decides to screen in, glass in, or leave alone, their balcony, with each owner choosing a separate contractor and design style.  The end result is an building that looks like a "balcony sampler" and is an eyesore.  A Landlord would not allow this.  He would make sure the enclosures were uniform, to preserve the value of the building.

And in most cases, these glassed-in balconies become huge energy sinks, as the heat from the sun turns them into furnaces.  The owners then each try different shading solutions, making the problem even worse.  The strain on the HVAC system is increased, and the cost of cooling goes up, a real problem in a building with a shared cooling system.  Let balconies be balconies.   If you want a larger apartment, go rent it (or buy it).

But that is a problem right there, as OWNERS, Condo people want to rip out and rebuild their places, which can have mixed results.

Or, for example, one owner wants Hurricane shutters, while another does not.  And each owner buys from a different source, which results in a "Hurricane Shutter Sampler" effect on a high-rise, which is ugly, to say the least.  A Landlord would pick all of one style and be done with it, and preserve the aesthetic of the building.
A Landlord keeps his eye on the ball - what is really important, not what is trivial.  And things like a roof that doesn't leak and pipes that don't burst are what are really key.  And this is where Landlords rule and Condo Boards suck.  The Landlord, being experienced and not wanting to lose money, realizes that patching a leaking roof is about the most expensive way to go about meeting your roofing needs.  Just replace it and be done with it.   But a vacillating Condo Board will approve patch after patch, on the grounds that they cannot "afford" a new roof.   So they kick the can down the road a ways, and end up costing everyone more money, plus the hassles of the continual leaks and associated damage.

Democracy tends to work this way, in general.

And when a building is totally shot, a Landlord will say it is time to call it a day, sell the building to a developer, who will tear it down and start over.   Why throw good money after bad?   A Condo Board will patch together an aging building forever, as getting a majority of people to agree to sell out is a nightmare.

So, my advice is this:  If you are on a Condo Board, and some issue comes up, ask yourself, What would a Landlord Do?  If the Condominium was a Rental Apartment Building instead of Condos, what would a responsible Landlord do in that situation?   They would do what was most cost-effective, in the long-run, not in the short-term.   And they would do what was the least hassle.   And in most cases, this is probably the correct answer, regardless of whatever issue is before you.

Now, if you are a homeowner, the same advice probably applies.   If you were renting out your home, how would you maintain it, and how would you take care of it?   You would want reliable appliances and infrastructure - durable and useful, without a lot of expensive frills.   You would want to get the most value for your investment.   And often that doesn't mean designer kitchens and baths and other fru-fru that adds little or nothing to the rental value or resale value.

And that also means, making a house less cluttered and crowded.  People tend to "fill up" houses with personal possessions, to the point where they are just chock full.  A less crowded environment is often more relaxing and enjoyable.

And while a Landlord wants to make a property look attractive to tenants, they do so by making it clean and neat looking on the outside, and not cluttered with solar powered lawn lights and cement lawn sculptures.

It is an interesting concept, and I am not sure it works in every situation.   However, it is an illuminating mental exercise to undertake.   And it may put your decision-making in perspective.