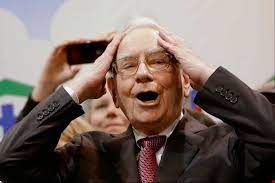 Warren Buffet said the other day that he would not be buying Facebook stock.
Well, of course he isn't.  That isn't really investing.


Our investment markets have bifurcated in recent years into two camps, what I call "real" investing and "fake" investing.  What is the difference between the two - and why do they exist?

Real investing is marked by a number of basic concepts:

1. Invest in companies that are profitable for the long-term.
2. Invest for the long-haul, not for the quarter or year.
3. Understand what you are investing in.
4. Never get into bidding wars.
5. Buy a company when it is undervalued, not after it becomes successful.
6. Expect a reasonable rate of return, over time.
7. Don't panic when you lose money - you should expect this on occasion.
8. Looking at dividends, as well as stock price.

Fake investing, on the other hand, is similarly demarcated by distinct characteristics:

1. The Casino Mentality of striking it rich.
2. Focus solely on share price, and not profits or dividends.
3. Investing for short-term gains - days, months, weeks, quarters.
4. Buying trendy or hyped stocks or investments.
5. Buying based on share price alone, while ignoring P/E ratio and earnings.
6. Buying a company after it becomes successful.
7. Selling when a company starts to go down in value.
8. Not understanding the nature of the company or its fundamentals.

They are two diametrically opposed view on investing.   The real investors - the successful ones - follow the first path, seeking real values in real investments.   Real Investment are companies that create wealthby taking some raw materials, whether it be labor or physical materials, and then transforming it into a product or service worth more than the cost of raw materials.  And usually these investors become very wealthy, over time, and are people you have never heard of.   They do not appear on television, touting their schemes or stocks.  They do not run for President or star in a "reality show."  These are the quiet millionaires - and billionaires.

The fake investors, on the other hand, are loud and prominent.  They are the ones on television shouting at you to buy or sell.  They are the ones touting the latest stock pick or the latest IPO you need to get in on.  The promote the idea that the stock market is like a casino, if you can just place the right "bets" you can quadruple your money, overnight.   And yea, that can happen, on occasion, just as sometimes someone wins at a Casino.   But in most cases, it doesn't work out, and people lose money.

Real investing isn't sexy, nor is it very interesting.   You have to look at a company and see what it does, how it makes its money, how it looks to shape up for the long-term, whether it is undervalued, and whether it is profitable - or could be made so.  You go in, you buy the stock, you hold it for a long time, and you make money the old-fashioned way.  The company sells a product that represents a creation of wealth from labor or raw materials.  They make money, pay their bills, pay dividends.

Fake investors look at a company, and think, "Gee, someone else will pay even more for this stock a week from now!" and they gamble this will happen.  And more than half the time, they guess wrong.  But they make enough "correct" picks, about a third of the time, to keep them playing the game.  Over the long haul, however, they lose money and then complain that the game is rigged.

If you listen to the media, you might be led to think that Gold is a good investment, that the Facebook, Groupon, ZipCar, Twitter, and Zynga IPOs are all good deals.   You might think it is a good idea to buy Apple stock, as you hear about them in the news, and they are making lots of money.  You might have thought that buying a condo on spec in Ft. Lauderdale in 2005 was a smart move.  And all of those "tips" you are getting from the media would be really, really, bad ideas.

How do I know this?  I own a calculator.

Thinking rationally is not as exciting as thinking emotionally.    But it is a far better way to invest.

Gold costs about $450 an ounce to mine and process.  Seems to me that a valuation of $1600 an ounce is sort of, well, overpriced.  But then again, that's me and my pesky calculator again.

Real Estate made a lot of sense in 1995, when you could buy it at foreclosure and rent it at a profit.  In 2005, when the rents would barely cover the property taxes and insurance, it was a bad move.  But again, I could add up a column of numbers with my calculator and see this.   Others chose a more emotional approach, based on the idea that prices just go up, up, up! - even though these same people lived through a burst housing bubble only 15 years prior.

And so on and so on.   You look at an investment and do the math on it.   Apple is making record profits, and its P/E ratio is not too bad - for a tech company.   But in the long-term, can it sustain this model - when its products are priced at least two to five times more than competitors?   Where will it be heading if it has less than 1/4 of the market, while Droid has 2/3 and is growing?   How much longer will people pay $700 for an iPad when you can buy an Android iPad for $199?  Or more precisely, how much more market share can they obtain, once the Apple faithful have already bought in?  Are $2500 notebooks practical when you can buy a PC laptop for $500?  These are things you have to think about, rationally.   The media loves Apple, here in America.  Our overseas cousins scratch their heads as to why we are infatuated with it.

Bidding wars bear special mention.  Enron got into trouble this way - trying to outbid everyone, spectacularly, in buying utility companies in Latin America and Europe.  They thought that bidding up the price was a smart move.  But it wasn't.  The same happened in Real Estate - people thinking that "winning" a home in a bidding war, was in fact, winning.  It wasn't.  Warren Buffet recently walked away from a bid on Avon.  He put down his take-it-or-leave-it price, and when Avon didn't bother to reply, he picked up his chips and walked away.   Smart man.  Avon may be a good deal - at the right price.  But overpriced?  Just a sure-fire recipe to lose money, even if you "won" the bid.   And yet, many people think that when you "win" an auction, you actually have won something.  People are idiots.

Facebook, Groupon, ZipCar, Zynga - all seemed like bad deals to me, if only because their profits didn't justify the share prices, either today, or even in the long-term.   Buying a company IPO stock on the basis that it will grow two, three, four, or five times in value, is sort of a leap of faith not a rational decision.  And from what we've seen with Groupon, ZipCar, and Zynga, the rational players in the marketplace eventually win out over the irrational ones.   The "real" stock price quickly centers on its P/E ratio and earnings per share - not the hoopla, hype, and leaps of faith.  Companies that lose money perpetually, never increase in value over time - and certainly will never pay a dividend!

On Friday, they are going to sell Facebook stock at an IPO.   I could have bought this on E*TRADE, but chose not to.   Sure, I could have possibly made some money in the short-term, as the stock price soars the first day or so, and then sold out, before it crashed.   But that is fake investing, not real investing.   And if you don't time it right, well, you end up losing your shirt. (UPDATE:  While commentators claim the IPO was "botched" what really happened was that people didn't see value in Facebook.  People who bought at the opening day price lost their shirts.  The stock has ticked upward since then.  However it is still wildly over-valued.   If you buy Facebook stock today, you are betting that its income will increase by a factor of 3 to 5 in the next few years).

I am more interesting in "boring" stocks that you never hear about in the news - stocks that crank out regular profits, regular dividends, and have stable stock prices that slowly increase over time.  These are companies that have real products that are profitable - but whose share price is rational, in view of the profits involved.  Over time, these are solid investments, and while they may go up and down in value (and some may tank) they will return decent profits to the shareholder.

Because, historically speaking, the great mass of humanity can't be wrong about everything, so much of the time, right? 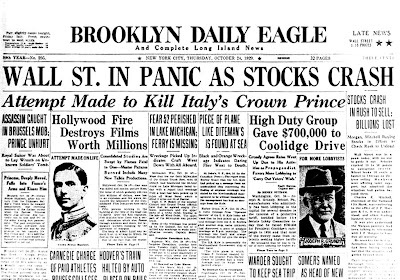