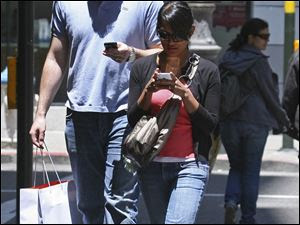 Folks often think that bad things happen to them for no reason.  Sometimes this is true.   Other times, it is a predictable outcome.

A lot of folks today want to posit themselves as victims of circumstance.   And some are.   You get hit by a car, it isn't your fault.   Well, that's assuming you weren't on the cell phone while you were crossing the road, and you looked both ways before you crossed.

But a lot of people don't.   They just march out into traffic and then act shocked when brakes squeal, horns honk, and then the sudden thud and impact of a 4,000 lb. car against a 180 pound pedestrian.

Yet, if you walk out into busy traffic, getting hit by a car is a pretty predictable outcome, isn't it?

And yet in our financial lives, we tend to walk out into traffic, without paying attention - thinking to ourselves, "What could possibly go wrong?"

And in a way, it is a failure on the part of the consumer - a failure to engage in the third and most difficult kind of learning - projected learning.   Projecting how outcomes will occur, based on prior experiences and observations.

I am not talking about trying to predict the market or see into the future.   Nothing as complicated, and frankly impossible as that.  In fact, trying to predict the market is really a bad idea, and if you sat down and thought about it, you'd realize, through projected learning that you likely would fail at it.   But the folks who walk out into busy traffic are often the same ones who buy day-trading stock schemes.

No, what I am talking about is just getting out a calculator and realizing the long-term effects of decisions you make today.   This is a lot easier to do, but it still eludes a lot of people.

Take credit card debt.  Like being overweight, it sneaks up on people.  No one blossoms into a 350-lb fatty overnight.  No, they do it one plate of nachos at a time.   And similarly, debt accumulates a little bit at a time, and we fail to see it.

For example, Joe Consumer has a credit card problem.  But he doesn't perceive it to be so.  He spends $100 more a month than he is making, and his credit card balance goes up by $1200 a year.  He is making more than the minimum monthly payment, but he never seems to be able to "pay off" the balance on the card.  Well, he does, once or twice a year, but then ends up so cash-starved that he spends more on the credit card the next month.

And he doesn't see the 15% interest rate as a problem.  After all, he is getting cash-back bonuses and frequent flyer miles!  Right?

Wrong, and a simple compound-interest calculator can show you that over time, bankruptcy is a predictable outcome.

$100 a month comes to $1200 a year, which over a decade morphs into $12,000 of intractable credit card debt.   But worse yet, at 15% compounded "revolving" interest, the amount blossoms into $28,019.13 over a decade.   And unless a person severely cuts back on their spending, there is no hope of every paying this off.   In order to pay back that twenty-eight grand, you need to cut back on your spending by far more than the $100 a month you were going over.

If you tried to pay that back at $561 a month, it would take over 44 years to pay it back, and you would pay over $44,000 in interest charges.  This little calculator from the Federal Reserve is a horrifying slap of reality!

The solution is, of course, not to get into that kind of debt.  Cutting back on $100 of spending today is very, very easy to do, compared to paying back $28,000 over 44 years.  But few people see that - lulled into complacency by the idea that "$100 is not a lot of money, in the greater scheme of things".

Intractable Credit Card Debt is a predictable outcome, and yet when you go on various "debt" sites, people talk about their credit card debt as if it was a bolt of lightning that fell out of the sky.

These funny mortgages work the same way.   People claim to have been blind-sided by the current housing crises.   But when housing prices go up by double-digits for several years, doesn't it seem rational that they might go down again?   Isn't this in fact, a predictable outcome?  And signing an odious loan document isn't the "answer" to overpriced housing, is it?   If you get out a calculator before signing the papers, you could predict, with certainty, how it would blow up in your face, over time.

Leasing cars is another example.   People sign up for leases, and then act shocked, three years later when they are walking to work.   What happened to the car?  Where did all my money go?   Well, they spelled it all out in the lease agreement - down to the penny.  All you had to do was read it.   But for some reason, people don't bother to think things through.   For example, the average American drives 15,000 miles a year.  Most leases have mileage limits of 12,000 or even 10,000 miles (!!).  People lease a car, knowing how much they drive, and then act shocked at the end of the lease when they realize they are over the limit.

And so on down the line.  People claim to be innocent "victims" of one thing or another, but in reality, in most cases, they should have seen it coming - if they bothered to stop and think about what they were doing.

Life is going to hand you its share of shit sandwiches, that's for sure.  But for the most part, most people end up making their own, and then claiming they had no idea how it happened.