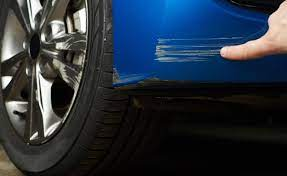 Minor dents and dings and scratches in a car can be annoying to look at, decrease the resale value, and be a source of rust.  How can these be fixed cheaply?


Your own psychology is important in your efforts to save money.   You should know how your brain works and be prepared to thwart it.   And in this regard, one reason many folks prematurely trade-in or sell cars has more to do with how they look than how they actually run.   If you can keep your car good-looking, you will be inclined to keep it longer.  And when you do sell it, it will garner more in resale value.

The easiest way to do this, of course, is through prevention.   Garage your car, and the paint will last forever.  Wax it once in a while, and keep it clean and washed.   Don't ding it by banging it with the car door from your other car (yes, I've seen it done).   Be careful if you wear jewelry - it scratches paint around door handles.   Don't set things on the car hood, roof, or trunk,  like grocery bags or boxes or whatever.  And teach your kids to treat a car with respect - feet are not for opening doors!

And it goes without saying, don't park in tight spaces and open your car door into a concrete pillar or someone else's car.  It chips the paint on the edge of the door.

How you drive is important as well.  Don't tailgate - that alone causes more rock chips, which are the hardest thing to fix.  Don't drive on narrow bush-lined lanes with shrubs screetching against the sides.

But, even doing all that, after a decade, the car will have a door ding or two, and maybe a scratch or small dent.  What to do?  A bodyshop is costly, right?  Well, there are a number of options.

First, when you get a "scratch", see if it really is a scratch or just someone else's paint rubbed off onto your car.  A friend of mine rubs the fender of her new Honda against the cement pillar in the parking garage at work.  Hubby will be furious!

But I look at it and realize it is not so much a "scratch" as it is the white paint from the garage rubbed onto the fender.   A little car wax and some buffing, and most of it comes right off.  The wide white smear is gone, leaving a few small scratches.

What about the scratches?   Sometimes these can be buffed out as well.    Buffing compounds actually "melt" paint slightly so that it can run in and fill a gap.   It is tricky to do, and you should be careful, as this is bodyman work.  The stuff they used to sell in the tins at the autoparts store (the red compound and the white polish) was fine for old single-stage enamel paints of the 1960's.

Today, we used two-stage clearcoat paints on most cars, and something like 3M Scratch remover or 3M clearcoat polishing compound may be a better choice.  Some auto parts stores have the former, and auto body paint supply places also have the the latter.   To really make the polishing compound work, however, you need a buffer.  And a real buffer isn't cheap.    Those cheap "hatbox" buffers they sell in auto parts stores are very bad.  I had one once and it broke as I was buffing the car.  The disc snapped off from the shaft as I was buffing, and it shot across the room and the shaft gouged into the paint, making the small scratch I was buffing out, into a large gouge.  Avoid the hatbox buffer!

3M scratch remover is available at auto parts stores and will work for small scratches.

A more professional buffer, like a Dewalt 90 degree angle buffer, is a better choice.  But again, you can buff the paint right off a car, if you are not careful.  So I would not suggest this, unless you are very handy. 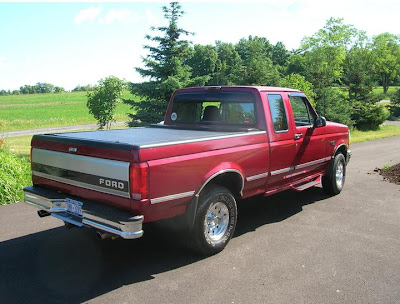 My 1995 Ford F150 after a light buffing with 3M Clearcoat Polishing compound.   Still looks great, but after 15 years, the clearcoat on the hood was just starting to fail.

For amateurs, I would suggest trying 3M scratch remover and hand buffing.  Then apply car wax (I use the stuff in the orange bottle, the "once a year car wax" and it works well).

If that still doesn't get out the scratch, then you might try touch-up paint.  Today, these are available in those little bottles with brushes, but also as paint pens which are pretty cool.

A Paint Pen in action.  How well this works depends on how patient you are.  It may not look as "good as new" but from five to ten feet away, it makes a scratch disappear.


These work pretty well, although it is a talent thing to apply them.   For the most part, they "color" the scratch so it is less noticeable, at least from a distance - the classic "10 foot" or "20 foot" paint job.  Of course, make sure you get the right color!

You can get fancy and wet-sand these, then polish, then wax, but that is probably more than the average car owner wants to get involved with.   For most folks, making the car look presentable is the goal, not perfect.  After all, it is a used car at this point.

Touch-up cans of spray paint are problematic, and I would not recommend these.  Why?  Because even the best graffiti artist would have trouble getting a good spray pattern from these cans, getting the paint to blend, and not generating a ton of over-spray.   The net effect might "color up" the area, but more than likely, it will call attention to the scratch more than ever, as the small scratch is now a foot-wide spray mark.   Wet sanding, buffing, and the like, might fix this, but now you are on your way to becoming an amateur body repair man.  For most amateurs (including myself) I would say, "No" to foo-foo cans.   It is like the Physician's motto:  "First, do no harm!"

Note that scratches can lead to rust.  A neighbor of mine in Virginia had a big scratch on her car, where she tried to clear snow off the hood with a snow shovel (she was not a "car person").   I told her to wax the snot out of it to keep it from rusting, and as in so many other things, she ignored me.   Within a year, the scratches turned to rusty gashes.   Within a few years, the hood rusted through.  She traded in the car and lost a pile of dough in the process.  If you are not going to cosmetically fix the problem, at least take a few minutes to slather some car wax on the scratches.  It will prevent rust from starting.   Car wax is not just a cosmetic thing!

Small dents occur when someone hits your car with their car door, or as occurred to us, a shopping cart hits the car.  Modern car paint is remarkably elastic, and often won't chip off, as the enamels of the past would.  I took the car to Dent Doctor, Paintless Dent Repair, and for less than $100, they removed a 7" gash from the rear fender, to the point where it was nearly invisible, unless you looked for it (if you looked along the edge of the car, you might see a slight effect in the paint, under bright florescent lights).   This was far cheaper than sanding and pounding and repainting.  (the image at the top of the page is from one such company).

How do they do it?  They use long metal "spoons" as they are called in the business, and reach through body crevices, even the gap between your window frame and door, and slowly "tink, tink, tink" the dent out.  It is like magic, and a real skill.   A good paintless dent repair guy can do this in less than an hour.
UPDATE:  Dents to polyurethane "bumpers" can often be pushed out by hand, with the help of a hairdryer to soften the plastic a bit.  A friend came over one day, all upset her husband had backed into a tree.  While she stood in the driveway haranguing her husband for denting the car, I pushed out the dent with my hand, which sort of ruined her day, as she had nothing to bitch about, now.

For the most part, these techniques can keep a car looking pretty good for a decade or more.   But what happens after that?  Should you get the car repainted, or just live with it?

Well, again, once the car gets to be a decade old, it ain't worth much in terms of resale.   And a new paint job can cost thousands of dollars.    A cheap paint job, of course, can be had for less, but often such paint jobs make the car look worse not better.  And sometimes the real joy of owning a car on the "back end" is to just not worry so much about scratches and small dents.   You can just drive it and enjoy it, and when some jackass opens his car door into your car, you can just smile and say, "good day!"

But if you really are obsessed with making it look new, you could get it repainted.   But likely you will not be happy with the results, either financially or in terms of quality.

The cheap shops, like Earl Scheib, would tape around all the trim, and then shoot the car in a one-stage non-original color.  They pull the tape off and "Wa-La!" - you've got a crappy paint job with tons of overspray, dirt in the paint, and tape marks all over the car.   You'd be better off just leaving the money in your wallet.

[I've painted a few cars myself, in the distant past (when real solvent-based enamel paints were still sold) an the results were better than Earl Scheib, if only because I took the trim off, first.  But even then, without a huge garage and spray booth, painting your own car is going to have predictable results.]

A complete professional paint job can cost thousands, if the painter takes off all the trim, the headlights and taillights (unless there are body seams than allow for taping), preps the entire body (taking out all those dings and dents) and then primes and sprays the whole thing, with a two-step clearcoat.

And a good body man will be sure to paint the bumpers with the proper elastomers in the paint, so the paint does not crack when the urethane bumper flexes.  You may have seen this on a car going down the road - the bumper looks like a jigsaw puzzle.

For a car worth maybe $10,000, spending $2000 on a paint job might not make much sense.  Figure out your book value first, before you throw money at a car.

If the scratch or dent is localized, some shops can paint just that panel or area.   This is tricky, as getting the paint to match exactly is difficult.  Colors fade over time, and you may notice a color shift in the area.   But some bodymen can do this, and do it well, for a nominal fee.  It never hurts to get an estimate - from a good, reliable shop.

Most cars today probably will go to the junkyard with their original paint jobs.  Two-stage clearcoat paints look good a lot longer than the old enamel paints of years ago.  And by the time the clearcoat fades (or starts tearing off in sheets) chances are the car isn't worth painting.  At that point, drive the wheels off it, and move on with life.

Although, for a junker like that, you always have the option of just painting it with a roller as I did with my old Jeep.   It might look better than burned-off clearcoat, anyway.....