Should You Buy a Wrecked Car? 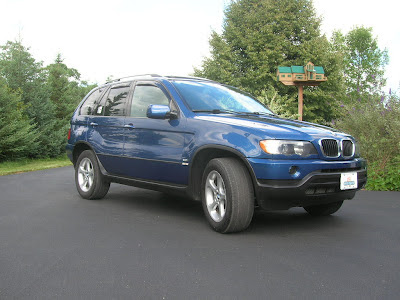 Should you buy a car that has been in a wreck?  The answer is more complicated than you think.


Thanks to CarFax and other services, you can now tell, in some instances, whether a car has been in a major accident.  To some people, a car that has been in a wreck should be avoided at all costs.   However, taking such a hard-and-fast rule may rule out some good values in the market.

While an accident may reduce the value of a car, it does not mean the car is valueless, or will have "problems" down the road.   The key is the nature and extent of the accident, and the nature and skill level of the repairs done.

The problem for most consumers, is not that an accident car is bad, but that sleazy sellers will try to conceal that a car has been in an accident, which affects the sale price.   If you pay full "book value" price for a car that has been wrecked, you may still have bought a serviceable car, however, you just paid too much for it.

This is why I say to avoid car dealers in general, and used car dealers in particular.  What happens to a car after it has been in an accident is an interesting thing - it often travels all over the place, and a CarFax can illustrate this, even if accident data is not reported.

30 months into the lease, the car changes hands and is auctioned off.    What happened?  Well, as you might suspect, it was in an accident, but not one sufficiently large enough to be reported to CarFax.

It goes to one dealer, then another, and then is auctioned on eBay to a Dentist in Fort Lauderdale.  He owns the car for a year and then sells it to me, with three days left on the original warranty.  I buy the car, knowing it was in a wreck, as the price is adjusted accordingly.

How do I know it was in a wreck?  Well the paint on the front end was new (and unfortunately, the Dentist drove it across Alligator Alley during "love bug" season, and the front got etched) and the hood and fenders are new.   The radiator is new (2005 tag on it) and there is telltale signs of BMW's unique blue coolant leaving stains in the engine compartment.   So clearly, the car was in a front-end collision.  Not a major one, perhaps only 15-20 mph.  But these SUVs don't have serious bumpers on them, and they pretty much fold up in even a small wreck.

Front-end collisions are not as hard to repair, as most of the parts (hood, fenders, bumper, etc.) are bolted into place, not welded.  And the repair job was of reasonable quality.  So I bought the car.

Have I had any problems with it?  Not really.  Not any more-so that the ordinary BMW problems.  But on the other hand, if another car was parked next to it without the collision history, I would have paid more for that car.

But then again, I am a risk-taker and know a little bit about cars.  If you are risk-averse and don't know how to turn on your own fog lights, then maybe you should avoid cars like this.

There are some folks who buy two wrecked cars and literally weld them together.  They buy car A which was smashed in the front, and car B which was smashed in the rear, and then cut each in half and weld them together (not literally, they cut along existing body seams).   Sometimes this can work well, other times, it can be a nightmare, especially if done in a hurry.

I wrecked a car once, and, not having collision insurance, I drove it home.  The side doors were caved in.  I found the same model car for sale in the paper for $500 that was several years older and bought it.  It had been rear-ended.  I also drove that car home, after putting the bumper jack into the fender well to jack the fender out of the tire.  The previous owner said, "Gee, if I knew you could do that, I would have kept the car!"

I told him, "too late!"  Frankly, it was not a bad car.  It could have been driven like that for a long time.

I took both cars to a body shop locally and negotiated with them to weld the roof, center pillar, and part of the floor from the $500 car into my wrecked car.  They did this for about $1000 (including alignment on a Behr laser alignment machine) and I painted the car myself.  It was a good car for another five years (my pizza delivery car).  I sold about $500 in parts from the donor car, making that part of the deal, free.

My Brother used to drive cars like this as well.  His brother-in-law would buy wrecked Volkswagen Golfs and weld them together, front to rear.  Again, they worked well, but you would not pay much for such a car.

So yea, you can find some bargains this way, if you really want to fish that far downstream.   But it is risky, and I would not advise most people to get involved in it.  You have to be a risk-taker, know a bit about cars, and not whine when there is a rattle in the back.  You have to think about how much you saved on the purchase price.

However, the problem is, unscrupulous people assemble cars like this and try to pawn them off as non-wrecked cars.  And in the past, there were "title-washing" States like Tennessee that would take a car with a salvage title and then re-title it with a fresh clean new passenger car title.  And in the past (and I am sure today as well) there were hoards of shops there that would weld together bits of cars to make them whole.

Today, with CarFax, this is less a problem, as you can detect title-washing most of the time (but not always).   It illustrates why I say that the best bargains are from an individual seller, not a used car dealer, and that you should have a used car inspected by a trusted independent mechanic before buying.   Usually, once you put the car on the lift, you can see the weld marks if the car has been wrecked.   Mechanics will also have a keener eye for over-spray and other repair work.

Bear in mind that over time, almost every car will require some body work of one sort or or another.  It is a rare car that never creases a fender or has a scratch that needs to be painted.  And the older the car, the more likely this is.   So if you see body repair, don't just run away flailing your arms in terror.  Just investigate the nature of the damage, the quality of the repair, and then make a qualified judgement as to how this would affect the resale value of the car.

UPDATE:  Note that in some States, if a car has a salvage title, the title remains "salvage-rebuilt" for the life of the car.  And some States require that any salvage title car be inspected before it can be deemed roadworthy - which can be an expensive hassle. Not worth paying full price for - in fact a significant discount is warranted.

On the other hand, if you plan on driving the car into the ground and pay nothing for it... A neighbor just bought a "wrecked" 911 Carrera Cabrio for $7000.  Three grand later (new bumpers, wheels, some suspension work) he has a car that looks perfect and drives perfectly.   Yes, the resale value is affected.  Then again, he didn't pay much for it.  Drive it, enjoy it, and don't worry about where you park it.   There is a logic to this.
Newer Post Older Post Home