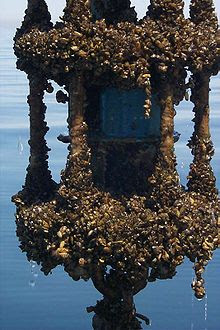 Nature doesn't know the meaning of "invasive species" - this is a man-made concept.


In recent years, we have been hearing a lot about "invasive species" - plants, animals, and even insects that have migrated from one part of the world to another.  And we are told, by the experts, that we need to spend millions, if not billions of dollars to kill off these species, even if it means spreading toxic poisons in otherwise pristine areas.

For example, in the Everglades, they poison a type of tree, because it is "non-native".  In Key West, they cut down cedars that made a nice shady beach, because they were deemed "imported".

And in some places, they killing off one kind of "non-native" fish because it is encroaching on the habitat of another type of non-native sport fish that the government spends millions every year stocking in local lakes and ponds.  Snakeheads are invasive, Large Mouth Bass are not, even when they have been artificially introduced for the purpose of fishing.

It all makes no sense.

Recently, a piece of floating dock made it to the coast of the US from Japan.  The "experts" are worried that marine life attached to the dock may contaminate our local eco-system!

Slow down there, Park Ranger!  Here's the deal:  If a dock can float all the way from Japan, so can a lot of other "natural" crap.   And logs and other debris "naturally" floats from one place to another.   In fact, that is how a lot of plants and animals propagated to different parts of the world.  It is a natural, organic process.  Why are we freaking out because a man-made object is floating instead?

Nature doesn't recognize these man-made distinctions between "natural" and "invasive" species.  In nature, it is the survival of the fittest - and the species that propagates, lives.  The idea that the vector of transport somehow determines the naturalness of the critter is nonsense.

Plants produce berries that birds eat.  The birds poop out the seeds, which fall miles away, propagating the plant.  Does that mean the plant is "invasive"?  After all, a third party carried the plant there.  Unnatural!  Or is it?  Does it make a difference if it is a man eating the berries and pooping out seeds?  Or a man planting berry plants on purpose?  This Natural/Manmade distinction is utterly false.

Yes, people dump snakeheads in rivers.  People are part of nature, too.   Trying to poison our rivers to kill off the fish is just stupid - and "unnatural".

Water hyacinth clogs canals.  It is a plant "introduced by man" - but it grows like topsy.   The fact that it may have been introduced by another animal (man) carrying it to the site is irrelevant.  It is natural.  And importing fish to eat it, is not really any more or less natural as well.   Trying to kill it with herbicides, on the other hand, is unnatural as you can get.

And so on down the line.  You can fight Zebra Mussels all you want to, the Zebra Mussels will win.  And for most of us, the idea of a nice clean lake with clear water seems like a pretty good trade-off.  So what if the power plant has to hire a diver twice a year to clear their intakes?

And you know something, nature abhors a vacuum.  Yea,  nothing eats the Zebra Mussels - Yet.   But some fish or crab or whatever will figure out a way to pry them open and eat the insides.  Or a virus or bacteria will strike them.   No species populates indefinitely, without some other agent putting it in check - a lesson our species should think about.

I thought about this as I was reading about this dock that floated from Japan, and the comments on the article were paranoid "invasive species" comments.  "Ya better check that dock for foreign flora and fauna, doncha know!  Next thing you know, we'll have a crises on our hands!"

But funny things about invasive species.  First, attempts to eradicate them usually always fail.  There will be Pythons in Florida now, Snakeheads in the Potomac River, and Lamprey Eels (yuk!) in the Great Lakes.   There is really not much we can do to stop this from happening.   Throwing money at it may tamp down populations temporarily, but never entirely eradicate them.

(And oftentimes, the gripe against a species is mostly cosmetic.  Lampreys and Snakeheads are "ugly" and threatening looking.   Water Hyacinth clogging a canal is unattractive.  Are we using our human prejudices to determine what is "invasive" and what isn't?  I believe this is the case).

Yea, someday there will be snakes in Ireland and rabies in England.   Life spreads - life finds a way.  Just look at how our species has infested the planet - talk about invasive!

What does this have to do with personal finances?  Not much.  But I think before you jump on this "invasive species" bandwagon, think hard about it.   Plants and animals migrate naturally, and once introduced into an ecosystem, they are hard to eradicate.  Whether the vector is "natural" or human really makes no difference - the net effect is the same.   Eradicating Zebra Mussels from the great lakes would be as futile as trying to eradicate jellyfish from the Chesapeake bay.

And the cost of such futile eradication efforts would be staggering - yet many governments are trying to budget for this.  It is a waste of our taxpayer's money, I believe, to try to tamper with nature like this.   And the irony of it all is that the very people who decry polluting our waters and streams, have no qualms about dumping toxic chemicals into them to eliminate an "invasive species".

And besides, sometimes these "invasive species" end up having positive attributes, or the horror stories told by environmentalists fail to materialize, over time:

However, zebra mussels and other non-native species are credited with the increased population and size of smallmouth bass in Lake Erie and yellow perch in Lake St. Clair.They cleanse the waters of inland lakes, resulting in increased sunlight penetration and growth of native algae at greater depths. This cleansing also increases water visibility and filters out pollutants. Each quagga and zebra mussel filters about 1 US quart (0.95 l) of water a day when confined to small tanks. In lakes, their filtering effects are usually spatially restricted (near the lake bottom) due to non-homogeneous water column mixing.

Maybe before we declare war on Nature, we should see how nature works these things out.