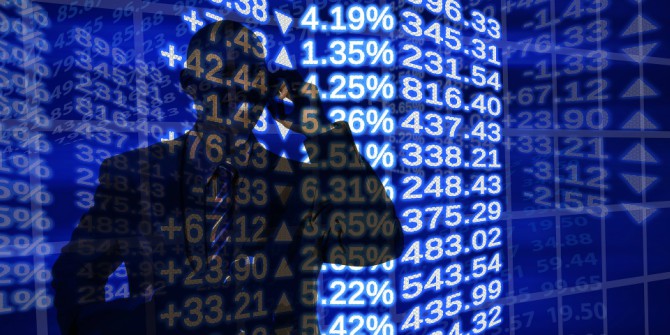 If you go online or watch the financial media, you will hear all these recommendations from Stock Analysts.  Are they worthwhile?   I think not.


I have noted time and time again that stock-picking is generally a bad idea for the small investor.   We don't have the time, energy, or expertise to figure out if XYZ Corporation is a sound investment or not.  Worse yet, most of us want to "strike it rich!" by buying a "hot stock" touted on television.

And many of us try to correct for our deficiencies in stock-picking ability, by relying on the advice of Analysts and advisers, whether they are the "retail" type like Motley Fool, or some obscure analyst you have never heard of.

Facebook continues to slide, although it did briefly go back up to nearly $30 yesterday.   What was interesting to me was a comment on one website that quoted an obscure analyst as being bullish on the stock (as opposed to bullshit on the stock) and saying his "target price" for Facebook was $40 a share.

Huh?  Target price?    Yea, that is the gambit most of these "Analysts" use in giving their BUY, SELL, and HOLD advice, is to also offer a "Target Price" for each stock.

The problem is, when you press them for some mathematical or logical explanation for their "Target Price" they hem and haw and get very evasive.  You'd get better advice from guys pedaling horse tips or football bets.   At least they look at the players, the injuries that may have sidelined them, and their relative track record of wins and losses.   There is at least some logic there.   With the Stock Analysts, the logic is, well, utterly lacking - in most instances.

And as a result, the "advice" from these folks is often all over the board.   On E*TRADE, you have access to data from these folks, and it amalgamates their BUY/SELL/HOLD recommendations into a nice chart - which is often utterly useless, as as many Analysts are saying BUY as are saying SELL.

Again, like word-of-mouth, you have to know who is giving the advice and know about that person, before you can take that advice.  And many Stock Analysts are in fact paid by companies to "analyze" their stocks and promote them to the public.  But we often don't know this.

It is like the local restaurant that promotes itself in billboards as being "#1 on Trip Advisor!" and then quoting postings by anonymous people ("Awesome Food!") as "evidence" of the quality of the restaurant.  But of course, anyone can go on trip advisor and post reviews.  And for all we know, the restaurant in question is just advertising reviews they themselves posted (and put themselves in the #1 spot by giving negative reviews to their competitors).

(If you use these social media kind of sites to plan your trips, shame on you.   They are just mostly SPAM.  And even when they do work, you are merely getting the opinion of people who think a Big Mac and a Lite Beer are "awesome food!" - so take it with a grain of salt).

And the list goes on and on.   Every year, they hold a contest for "America's Favorite State Park" and every year, a group of people on our island log in and vote several hundred times each to have our island rated the best.   I believe we made it to fourth place last year.   We are being encouraged to vote even more this year, so we can move up a notch.   These are the same people, by the way, who are convinced that "voter fraud" is rampant in our Presidential Elections.  Ahhhhh, the Irony Meter is pegged, once again!

And then there are "analysts" who are actually trying to sell you something.  Motley Fool started out selling advice.   Apparently they have morphed into something else, as each of their increasingly alarming e-mails they send me (with lots of exclamation points!!!) has some new pitch for the "Next Big Thing!!" including something called "Fool One" which I declined to invest in.

So how do you get advice on which stocks to buy?   The best bet is to not try to stock-pick - avoid the market altogether.   Odds are, if you try to outsmart your mutual fund by purchasing individual stocks, you may end up broke, particularly if you buy all the hyped stocks that the media talks about.

I think you have to take advice from these "analysts" with a huge grain of salt.   Why is this guy saying $40 a share is a good "target price" for Facebook?  He bases his prediction on some numbers - but purely speculative numbers at that.  His “analysis” of the stock includes a lot of ill-defined buzzwords, such as “addressable” and “monetization potential” and “optionality”.  These buzzwords are designed to impress you, while at the same time making you feel like a chump for asking what they mean (they mean nothing).

And while he claims that their profits may increase to $23 Billion by 2016 (about 30 times current profits) his own chart shows profits doubling.  Online payments, we are told, are Facebook's big potential.  But payments for what?  Cows on Farmville?  Or will Facebook start selling things like Amazon or processing payments like PayPal?   And if so, why would people buy on Facebook over those other sites?  This is not explained, these wild increases in profits are just assumed to happen.

It is, in my mind, pure speculation.   But a funny thing - after he gave this "advice" the stock price jumped up 5% to nearly $30.   It seems that some people believe whatever they want to hear.