Teenagers Having Babies and Economic Consequences 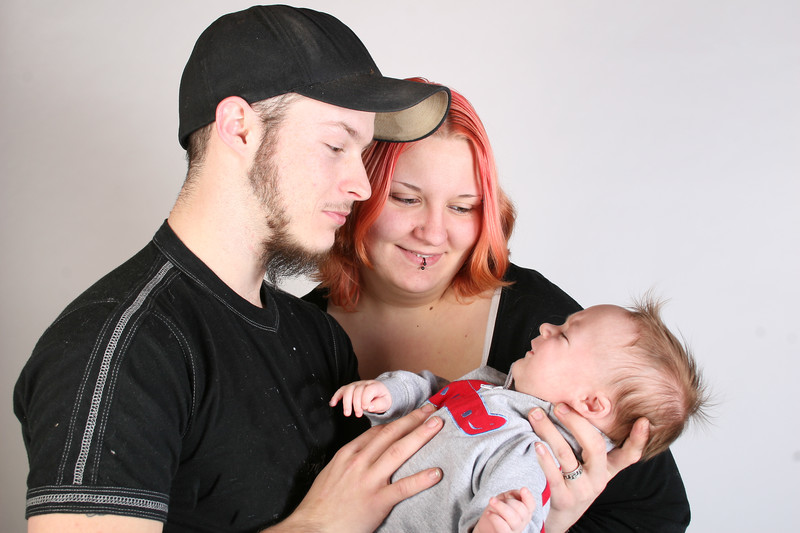 Having a child, while still a child, can have devastating economic consequences.


As I noted before, children take forever to grow up in this country.  Kids remain kids, it seems, until age 30 or so.  And this is not healthy, emotionally.

But on the other side of the coin, these same kids are having children, often in high school.  And early teenage pregnancies can be a costly mistake.

Why is this?   Well, raising children is expensive, to be sure.  But having unplanned children at a very early age, often throws a wrench into your life plans.  And this is an expensive mistake that can take the rest of your life to recover from.

Plans for school or career may be put off, or abandoned, in favor of making money now and settling down to raise a family.   People who may have just been sexual partners, now find themselves getting married - and later regretting it, resulting in a messy divorce later on.

And since the need for money now is incessant, the young parents (or, in many cases, parent) end up saving no money for retirement, losing the wonderful effect of compound interest.

And of course, worst of all, the child suffers, being raised by unprepared and emotionally immature parents, who have no idea what they are doing.

Years later, the couple is likely divorced.  Divorced Dad is bitter about his ex-wife and how she is nagging him all the time for Child Support.   Single Mom struggles to get by and says nasty things about Dad, right in front of the kids.  And on the economic scale, both Mom and Dad are living at or near the poverty line.  Yea, there are exceptions to the rule, but that is rarely the case and you know it, because you have friends who got pregnant in high school and you've seen, first hand how their lives worked out.

And in many cases, one child leads to two, maybe three or more.    Like the pet hoarder, some folks just don't know when to stop.  Barely able to afford one child, they have three or more - all paid for by the government, of course.

And this is where statistics about wealthier people coming from wealthier families does actually link causation with correlation.   Wealthier families are more likely to instill better values on their kids.  And by this, I don't mean so-called "moral values" either.   Fundamentalist Christian teens (who generally come from lower socioeconomic backgrounds) have the highest pregnancy rates of all!

No, what I mean is, more educated and affluent people are more likely to say to their kids, "For God's sake, don't get some cheerleader pregnant in the 11th grade, it will ruin your life!" - or at least that was the message I got (and my peers got) at that age.  As a result, we took "precautions" back then.  And more affluent people are more likely to instruct their kids in how to take such precautions.

And to people in the upper classes, having a child who has children is seen as having a social stigma.  I know, for example, a friend of mine who was hoping her daughter would go to college, get a degree and find a good job and career for herself.  But after less than a semester, she dropped out, pregnant, and moved back in with Mom.

Mom had hoped her daughter would work her way up the economic ladder, perhaps a rung or two further than she herself had progressed.   All generations want this for their kids, or say they do.  But by getting pregnant unexpectedly, with a boy she had no real intention of marrying, not only did the daughter not ascend another rung of the economic ladder, she basically went down the water-slide of economic decline.  It was a fast, one-way trip to the bottom.  Whee!
It wasn't that Mom didn't love her daughter and the grandchild, it was only that she knew what a hardship it would be for all of them.  And yes, it would be embarrassing to report to friends that her daughter was breeding like an animal.

Lower class people have less trouble with this.  Havin' babies is as easy and natural as dropping the "g" at the end of a word.  So perhaps, this is one example where normative cues - the shame associated with teen pregnancy - may have some positive social value.  Up to a point of course.  Beyond that point, it has a negative value.

Every year, there is a heart-wrenching story about some teenage girl who has a baby in the bathroom at the prom, and then stuffs it in a garbage can.   Her parents, it turns out, are Christians who don't believe in "sex before marriage" and just told her daughter "No" instead of some more practical suggestions on how to avoid getting pregnant.

So, teen girls live in fear of getting pregnant, and they do weird things if they do.   And this just leads to low-self esteem.  And back in the days when abortion was illegal, it lead to young women dying from botched illegal abortions.

But again, like with Student Loans, we are expecting young people (increasingly younger and younger) to make life-changing decisions at a very early age, while providing them with only vague, incomplete, and contradictory advice.  "Go to college!" we say, "and don't get pregnant!"  But practical advice on how to do either, is often not provided.  And either event can result in the squandering of tens, if not hundreds of thousands of dollars, although the latter case is far more important, as there is a new human life involved - who has no choices in the matter.