Is the Blackberry Dead? Maybe not yet... 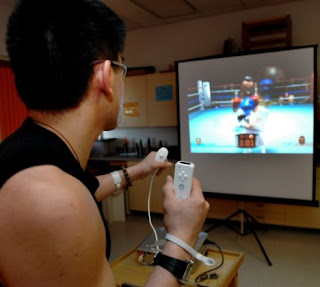 Just a few years ago, tech pundits were ready to write the obituary on the Nintendo Wii.  Its processor wasn't as sophisticated or as fast as the the Playstation or Xbox, and the graphics were not as good.   But it turned out that a cheaper device with a better user interface was the secret to better gaming, not more processing power.   Could the same be true for Blackberry?

Research In Motion is laying off 10% of its workforce in the face of competition from Apple and Google with their iPhones and Androids.

The one thing with tech companies is that you should never write them off just because some pundit said so.   All the pundits say Facebook is the next big thing, but it has yet to make a profit.  UPDATE:  It finally has - and a rational P/E ratio, sort of.

All the Pundits said Nintendo was going to go out of business, as the Playstation and the Xbox had better graphics and more powerful processors.  Microsoft loses money on every Xbox sold.

Then the Wii came out a couple of years ago for Christmas, and a funny thing happened.   It turned out the gaming experience wasn't all about processor speed, high-resolution graphics (that the eye can't see anyway) but all about the INTERFACE.  The Wii interface was easier to use and more realistic than the "gaming controllers" of the competitors.

So with an "inferior" product (technologically), Nintendo outsold the competitors, based in functionality and usefulness, not on raw processing power or technical specifications.

Android and Apple are racing to develop more and more tech-y features which are nice and all, but other than to tech pundits and a few early adopters, are not all that useful.  And most of these Beta products are clunky and have problems.   "Hold it this way, not that way" - right, Steve?

Sales of "dumb" readers are soaring, as most of us want a simple device to read books - one that it intuitive and easy to use and has a battery life of weeks, not days or hours.  A few of us want iPads to show off how sophisticated we are and to run clunky "apps" that never seem to work just quite right.   But the bulk of us want something simpler.

And yes, a lot of people have smart phones - but not everyone.   In fact, I suspect that "dumb phone" usage still exceeds smart phone usage by 2:1.  No, I can't scan a 2-D bar code on an advertisement with my dumb phone and download a web page.   But here's the deal:  I don't want to, either.  A chance to get marketed to MORE in my life?  Sorry, no thanks.  And I have a GPS in my car, I don't need to pay extra to have one in my phone.  And a $50 used nano works just as well as storing music on my phone.

So there is an opportunity for Blackberry, I think.  If they keep trying to play "catch up" with the high-tech (but largely useless) features of the other smart phone makers, they will get creamed.  But if they offer a simple pad device with a BETTER INTERFACE (and yes, Apple's much-vaunted interface really sucks at times) and can do this at a more attractive price point, they might be onto something.  They could pull off a Nintendo.

But if they try to go head-to-head with Apple and Google, they will get creamed.  The secret to competing with heavyweights like Wal-Mart is not to try to out-Wal-Mart Wal-Mart, but to find a niche that is unfilled and then fill it.