Are Virtual Cows Worth $10 Billion? 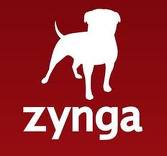 Zynga makes a lot of money selling people the idea of a Cow.
Is this a sustainable business model?

And that right there is the profit center for Zynga - a small percentage of users actually pony up cash money to enhance their farms on Farmville, so as to impress other people - it is status-seeking, reduced to a virtual level.  Why slog though all that manure in a real gentleman's country farm, when you can own one online?  And I can tell you personally, that owning a real tractor is a lot more work than owning a virtual one.

According to a recent New York Times article, the folks at Facebook got a little jealous that Zynga was making money - off of Facebook, and asked for, and got, 30% of the profits, off the top, with little negotiation.  Imagine if they negotiated!

And the Zynga IPO admits that it is entirely dependent and beholden to Facebook for its business model.  Facebook goes under, Zynga goes with it.  But worse, if Facebook decides to cut out the middleman and start writing games of its own, it could push Zynga aside.   And I suspect such turf wars could kill the goose that laid the golden egg - pissing off users and driving away customers.

Zynga, unlike Facebook, Groupon, and a whole host of Internet Superstars, is at least profitable.  But is it worth $10 Billion?  According to the Huffington Post, Zynga made a lot of money last year, but less so this year:

But taking last year's numbers - $90.6 million profit, that gives us a P/E ratio of 111, if I did my numbers right (dividing total market cap by the total profit in 2010).  This is a pretty staggering P/E ratio, even by dot com standards.

However, if we project earnings for 2011 based on the first quarter reports ($48 million) we get an even worse P/E ratio of 208.   In other words, if you bought this stock at the IPO price (good luck with that, it will likely be bid through the ceiling) then it would take 208 years of profits to pay back your investment.

Either you have to hope these new life-extending techniques start to work, or that the profit in selling virtual cows starts to expand, rapidly - like by a factor of ten or more.

But therein lies the problem.   While these "-ville" games may be fun and all, they can fall off the face of the earth in a heartbeat.  A few years back, there was a similar "virtual world" called Second Life, which you may scratch your head and recall.  And in Second Life, you could "buy" a house, land, clothes, and accessories - and some fools paid real money for virtual property.  And it was the talk of the Television and the Internet, with companies and TeeVee hosts going online to explore this Brave New Virtual World.

And then.... nothing.  It still exists, of course, but no one talks about it anymore.  It turns out that a lot of us don't want to spend 10 hours a day on a computer, unless we get paid for it - not vice-versa.  So Second Life turned out to be a fad, and a lot of people just lost interest over time.

Now, of course, this could never happen to Farmville, as it has endless opportunities for fun and excitement and it is not like Facebook - a piano with only four keys - that allows you only a limited number of combinations to play.  No, no, never that.

And it is not like the "pocket pets" fad that took kids by storm a few years back - where you had to feed your "virtual pet" or it would die.  That too, fed to a compulsive-addictive behavior mode, and as a result became wildly popular in a short period of time and then..... disappeared off the face of the earth forever.

So these games have a fad factor, to be sure.  And they will have to expand their game offerings and expand their market base if they hope to justify a $10 Billion market capitalization.  By my numbers, Zynga is presently overpriced, for the IPO, by a factor of 10 at least.

Worse yet, the public stock represents only about 10% of the company value, which means the bulk of the value of the company rests in the hands of venture capitalists and the founders.  This means that as a shareholder, you have no control over anything, and in fact, you own a special class of stock different from the founders.

But as a 10% stakeowner of a special class of stock?  I'm just guessing here, but I suspect it is not as good a class as the founders have, right?  They can run, buy, and sell this company without ever, ever giving any of these "Class A" shareholders a plug nickel.

So why do you want to buy this again?  Oh, because everyone is talking about it and it is the "next big thing!"

And apparently you don't remember that Condo you bought in Vegas in 2006, and how it was supposed to double in value.  And how's that Gold you bought last year for $1450 a share doing? (not much).  And you still have that Pets.com stock certificate framed on your wall, right?

I am not saying that Zynga is worthless, only that people are just letting this euphoria for the dot.com world get out of hand - and so soon after the last economic meltdown, too!  Once again, people are buying things based on popularity and yakkity-yak on talk shows, and no one is doing the math on these companies to see if they are making any money - and if they are, whether the money being made (and could be made) justifies the share price.

Second Life, MySpace, Friendster, Pets.com - the list goes on and on - companies that either went bust, or turned out to be minor fads - that in retrospect were hyped by the media for a few short years and then overblown in perceived value (google MySpace sometime, and see how many hits are from 2005 and how few are from today).  If all you watch is TeeVee, you might think these things are important - but that illustrates why I say that getting rid of TeeVee is essential to getting your head in the right place.  Bashing yourself in the head with poor normative social cues over and over again will eventually alter your mode of thinking.

But once the wow factor touted on TeeVee dies down, what does that leave you with?