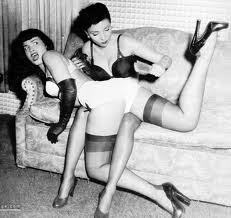 Spank me!  Hit Me!  Sell me stock in your IPO!  Churn my account!  Squander my life savings!  Oh, it feels so goooooood!


It seems we have entered an S&M Stock Market.  Investors seem eager to be punished, and whole legion of dungeon masters - in the form of investment advisers in black leather masks and crafty entrepreneurs with their IPO Cat 'o Nine Tails are more than willing to abuse them for their own personal pleasure and profit.

The Zynga IPO Prospectus is a case in point.   As reported recently in the Wall Street Journal and on CNN, the prospectus for Znyega admits, up-front, that their entire business model depends on the goodwill of Facebook, which last year decided, on a whim, to help itself to 30% if Zynega's profits.  Why not 50%?  Why not, indeed.  Wait for it.

And they admit, in the prospectus, that their entire business model is predicated on people being willing to pay hard cash for virtual cows, and that their average customer plays Farmville for only a dozen months or so - before sobering up and getting a life and moving on.

And they admit, in the prospectus, that the shares you are buying are crappy "Class A" shares that have limited voting rights.  The Class B and C shares that the founders and venture capitalists own will have greater voting rights (to be disclosed later) and that since they own 90% of the company, they don't need your permission to do anything, even if you had equal voting rights.

In other words, you are buying a small minority share in a company wholly controlled by others, who could leave you out in the cold with nothing and there would be nothing you can do about it.  Oh, and the business model is predicated on people being idiots and a large internet media company being nice to them.

Only a masochist would buy such stock.  Seriously!   You'd have to enjoy the sharp tender pain of the whip or the crack of the leather strap to think that owning a piece of Zynga is fun.

And the same is true down the line - with Facebook, Groupon, LinkedIn, ZipCar, or any of the other over-hyped "dot com" stocks being offered up today as the "next big thing".

In most cases, the shares sold the public is a tiny slice of the company, often with impaired voting rights - or such a small minority of stock as to have no voice whatsoever if the true owners of the company decide to just commit larceny, steal most of the money in the form of stock options and high pay, and then drive the derelict remains of the company off a cliff with you in the back seat, soaked in gasoline.

And in most cases, none of these companies have made money or have any realistic plans to do so.   Even after snatching 30% of Zynega's profits, Facebook is still hemorrhaging cash.  This might be expected of a small Internet startup that has yet to catch on - but Facebook has nearly a Billion users - and does not look poised to gain many more, as it has saturated the market and if anything is already on the decline before offering the first share of stock for sale.  Facebook is already there with its business model, and it still loses money.  How can they possibly "grow out of " their cash-flow problems?

But yet, investors are lining up, saying, "Beat me!  Whip me!  Make it hurt so good!"

Apparently the Real Estate investment market of 2007 just whet their appetites for more abuse - hooked them on degradation and depravity.  Today, not only do they not mind being abused, they really, really like it.

Hey, I'm not one to throw stones.  If pain and humiliation is your bag, baby, go for it!  But don't come crying to me when your new "master" forgets your "safe word" and churns your retirement account all the way down to zero.  Never let someone tie you up until you are sure you can trust them - lest you be found moldering in someone's crawl space a year from now.

And no, I am not "into" that sort of thing.   So please leave the investments in my 401(k) out of these crappy "new" Internet companies.  Because frankly, I've had enough abuse in life as it is!
Newer Post Older Post Home