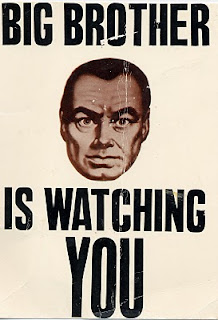 It turns out that you don't need to create a repressive totalitarian regime to enslave millions.  The secret is to put a little bling on the hand-cuffs - and people will line up to wear them!


When I was a young man, like most young men, I wanted to be wealthy.  Not super-rich, but just to have the toys that it seemed everyone else had, and to have money and control over my own life.  When you are a kid, you have bubkis in the way of cash, and that sucks.  Money, it seemed, was something that other people had, not me.  And earning money never seemed to allow me to get ahead.

As I noted in My First Job, I had a paper route when I was 13.  It was very hard work and not a lot of pay.   But then again, in retrospect, my personal overhead was zero - all of my needs, in terms of food, clothing, housing, utilities, and education, were paid-for by my parents.  Even if I made only a paltry $10-25 a week, I could easily have saved up $500 a year or more, and this in an era where a good used car could be had for that price.

But for some reason, I was unable to save any money.  Like with most consumers in America, I ended up living "paycheck to paycheck" even at age 13, with the money coming in on Friday and being long gone by Monday.   Where did it all go?

Well, back then, the drinking age was 18, and by age 15, I was being admitted to bars.  And my Brother, who had no money, was willing to take me along with his friends, if I would buy the pitchers of beer (which were a dollar apiece during happy hour).  And of course gas was 50 cents a gallon, and we needed that.  And pot of course, which was $20 an ounce.  A $25 paycheck from the paper route went away rather quickly.

But of course, even without recreational drugs and the like, there were other things I spend money on - record albums, toys, snack foods, and the like.   The money just....went away.  I was never able to save up for a nice stereo, or  a nice car, or whatever.  And yet I had the money.  What happened?

What happened was a foreshadowing of the next 20 years of my life - and what is day-to-day living for most Americans.  We enslave ourselves to the powers-that-be in exchange for crap.  And when we can't afford to pay cash for crap, we finance it on time, making it that much more expensive to own.  Before long, we are surrounded by manufactured goods, subscribed to a dozen monthly subscription services and expenses, and sit there wondering "where did all the money go?"

And at each stage in my life, I thought that "this time for sure" I would end up making a lot of money and be rich.   When I left the job as paperboy and went to work at the 1890's Olde Tyme Gaslight Restaurant (more on that in another posting), I thought for sure that $4 an hour was going to be the bomb, in terms of a payday.  Now I would be making hundreds of dollars!  But it never worked out quite that way.

And so on down the line.   When I went to GM, I thought that now was the "big time" and same at Carrier - after all, I was making the staggering sum of $15,000 a year!  But as each raise came along, so did an increase in spending.  It was hard to toe the line and keep spending down to a minimum.  There is something in human nature, I'm afraid, that makes it very hard to say "let's do without and save instead!"

And, unfortunately, this lack of willpower is prevalent among most of us.  We are tempted by the new-car showroom and E-Z monthly finance terms.   We want shiny new things and electronic gadgets.   We seek status, whether it is in our clothes, cars, cell phones, or even tattoos and body piercings.

Somewhere along the way I woke up and realized that my life was slipping away, one $5 designer coffee drink at a time.  Each new expense and new toy seemed affordable and a trivial amount by itself.  But cumulatively, it was all starting to add up.   I was making, by then, the fabled six-figure salary, and still wondering why I wasn't getting ahead in life.

At this point, many folks throw up their hands and blame the government or the "Wall-Street Fat Cats" for their woes, depending on their extreme political leanings - Left or Right.  But for middle-class people, their problems are often parked in their driveway, or dead center in the living-room.   Onerous new car loan or lease payments and countless hours programming your brain by watching TeeVee are to blame - not anyone else.

So the answer, to me, became clear.  Stop listening to the Big Lie.   Stop being a "consumer" and instead start being an Investor - in every aspect of your life.  Think carefully about the real economics of each transaction in your life - not coupons or rebates or other distractions.    And certainly this means not thinking in terms of "monthly payment".

And many of these folks say (and still  say) that I am "crazy" for not obsessing about the "Tot Mom" trial or who is voted off "Dancing on the Stars Lost Island Survivor Idol" whatever.  After all, "everyone" watches this crap, right?

I attended a nice breakfast meeting with Raymond James people.  Thanks for the breakfast, but I am not sure I will be investing anytime soon, however, with them.  But one chart they showed was interesting.  It showed rates of returns for mutual funds, institutional investors, and individual stock-pickers.  Guess which was the lowest?  Yea, chumps like you and me who try to "beat the market" by buying high and selling low.  We churn our own investments, out of fear and greed, and end up getting 1-2% return on our money, over time, if we are lucky.

And why is this?  Because most people get their investment advice from the shouting guy on the TeeVee, who says "BUY" and "SELL" as if the act of buying and selling stocks makes money in and of itself.  It plays to the Casino mentality of the market - which is all the financial channels and pages tout and sell - because when you play at the Casino, people make money - people other than yourself.

It is all part of the Big Lie - and it is a Lie that we all want to believe, as it involved lazy, weak thinking.  The idea that we can get something-for-nothing or win big at the lottery.  But it never quite pans out.

So, how do you avoid the Big Lie?  This is where it gets very, very difficult.  A lot of people read this blog, looking for Hints from Heloise - how to recycle pocket lint and make a nice sweater.  Most of that sort of thing is just faux financial acumen.  Although it is true that vinegar is a great glass cleaner and cheap to boot.  But that sort of thing only scratches the surface.   Saving a dollar here and a dollar there is good - if you apply this to your whole life.

But if you rope-off certain areas of your life as "untouchable" financially (much as our government has done), then nothing will come of your efforts.   And for many people, this list of "untouchables" is very long - the cable bill, the cell phone bill, the car payment or lease payment, etc., etc., etc.    They have a laundry list of "must have" items which cannot be touched.  But most of them are not only NOT "must have" items but are things are you better off without.

Not watching TeeVee is essential - not optional.   And most people can't put their arms around this.  How can I live without "Dancing on the Stars?" they whine.  And yet, the moment you stop beating yourself over the head with this sort of nonsense, you can start to slow down and think for a change.

Obsessive cell-phoning and texting is another.   "I can't give this up, it is how I communicate!"  But often LESS communication is better than more, particularly when the signal-to-noise ratio in a phone call or text message is high.   Again, this obsessive behavior is just a means of drowning out the silence in your brain and pretending you are doing something "important" when in fact, you are doing nothing at all.   It is Computer Solitaire for the brain.

In short, you can't claim to be against Big Brother and still go to the rallies and engage in the two-minute hates.  It is a package deal - all or nothing.

And this is why I say that financial acumen is not to be found in clipping coupons and watching yet MORE TELEVISION looking for normative cues.  You have to unplug entirely from that.    Once you get your head in the right place, the rest will follow, as day follows night.

But until you do that, you are just spinning your wheels, I'm afraid.  The ability to get ahead in life is available to anyone.  But it requires that you reject 99% of the thinking of your culture, society and friends.  And most people can't do that, which is why they don't get ahead.
Newer Post Older Post Home