Perfection is the Enemy of the Adequate 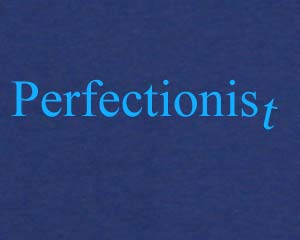