Is Social Security a Wealth Transfer Scheme? No. 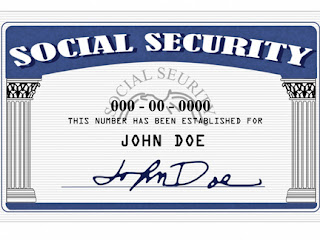 A reader writes, concerning my posting on Social Security:


All well and good except ss isn't funded like a pension or 401k. Ss just takes money from workers and transfers it to retirees, while ignoring the economic impossibility of sustaining the scheme for future retirees. Not to mention the immorality of all wealth transfer schemes, including ss.

You are correct that there is no "trust fund" as many people believe.  Ironically, many right-wing "teabaggers" are the first to believe this!

One conservative congressman recently elected recounted how, at one town hall meeting, a right-wing voter told him that he believed his Social Security number was the number on a bank account set up in his own name, and that there was money invested in this account that belonged to him.   "Cut government waste!" the voter said, "but don't touch my Social Security!"

"That is the mentality I have to deal with" the Congressman said.

The reality is, as I have noted before, that the moment your SS money goes into the "trust fund" it stays there for less than a nanosecond before being replaced by an IOU from Uncle Sam.   This money then joins the general funds which pay all the bills, including that of people presently collecting Social Security.

A better way to look a the Social Security "withholding" is as a TAX plain and simple.  The money doesn't pay you, so much as it pays current retirees.  And when you and I retire, younger people will pay us.

WHOOPS!  That old age pyramid problem again.  And the problem is, it ain't a pyramid anymore, but looks more like a minaret.  My generation (1960) is the widest part of the pyramid, and succeeding generations are smaller.  Gee, if we only let more immigrants in, that might help.  But no, we have to chose this point in time to be xenophobic, right?

Our population continues to increase, only because people are living longer, not because succeeding generations are larger.

And therein is the problem.  The age pyramid will continue to get top-heavy with older people - looking more like an age cylinder than pyramid.  Before long, like GM of two years ago, there will be 2 retirees for every 1 working person.  And all that Social Security money that the Government "borrowed" and replaced with IOU's will have to be paid back - with interest.

But what is the alternative?  Let old people starve?  What?  We've made a promise to people over the last 50 years that they will be paid X dollars at age 63 (and we now print this out every year!).  We are going to go back on this promise?  A lot of people, myself included, made our retirement plans based on those stupid annual reports from the Treasury Department.

The point of my calculation is that the money paid in by a person is about equal to the money paid out, plus a modest amount of interest - in fact, a very advantageous interest rate for the government.

If we put a "needs test" on Social Security then it REALLY devolves into a wealth transfer scheme - giving money away not based on contribution, but based on other criteria.

From what I can see of my calculations, the often-touted statistic that most retirees get far more out than they put in, is suspect.  They get out what they put in, plus the interest rate on a passbook savings account.

Perhaps that is an argument for privatization of Social Security, perhaps not.  If we were to do that, however, the "safety net" would have to be a very, very safe investment.  Like, for example, Government Bonds.

Whoops!  Back where we started.

You see, your SS money is basically being "loaned" to the government at government bond rates.  You do get it back, plus interest.  So in one aspect, it is not a "wealth transfer scheme" but a time transfer scheme - with your money being paid back to you, over time, on other order of crappy-interest-rate government bonds - presuming you live so long, of course.

Social Security is sustainable, provided more money is put in than taken out.   And right now, if you make more than $108,000 a year, you pay no tax on the amount higher than that.  It is a REGRESSIVE tax (a tax on the poor more than the rich)  Every time there is a "crises" on Social Security, the simple way to "fix" it is to raise that cutoff rate.

So, I disagree that it is "immoral" as if you pay INTO it, you always get money OUT of it, provided you live long enough to retire.  That is no more immoral than an annuity, which pays out nothing if you die young.

Of course, some people who get "disability" (legitimately or not) do get far more out than they pay in, and in their case, it is a wealth-transfer system.  We need to tighten up qualifications on this, as I know people who are collecting who should not be - the carpal-tunnel sufferer (this is a full disability) who just returned from a canoe trip, for example.

And eventually, even the baby boomers die off and stop collecting...

And if we can grow the bottom of that pyramid again, there will be enough people to support the top.   And the good news is, our generation (the baby boomers) will all kick off due to obesity or drug-related illnesses.  They likely won't live as long as the "Greatest (and most modest) Generation Ever".

And if that doesn't work out, there is always Soylent Green... 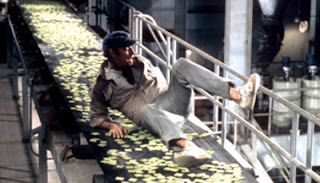