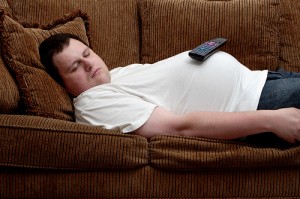 Some folks just drift through life without thinking much about it at all.  I just can't do that, I guess.  I like to think about things and what they mean.
If you've read this blog (brave reader!) you may come away with the impression that I am, as one friend called me, a "pompous know-it-all".
Guilty, as charged!
It is not that I know-it-all, but rather realize how little I know.  And I realize this because I think a lot. And I like to think about things, how they work, interact, and what makes them tick - whether they be machines, systems, electronics, computers, financial concepts, people, or even (and especially) myself.
And what I am learning is that a lot of things that we take for granted (or at least I took for granted) as simple, transparent, systems, are, in fact, very complex and non-intuitive.  And without devolving into dark conspiracy theories, you can see that a lot of things presented to you in daily life are not as they first appear to be.
And most importantly, making your way in the world is a simple matter of cutting through the noise and clutter and seeing clearly through  to reality. And reality does exist, despite what existentialists (obscurists if there every was one) may say.  In fact, people who try to argue that reality is perception-based, are in fact, bullshitting you. You can't make a lease deal into a good financial decision just by perceiving it to be so.  And you can't fly by jumping off a tall building just by believing you can.  Well, you can, for about 30 seconds, until mean old reality plays its nasty hand.
Some people never think much about things, I guess.  They just drift though life, wondering what new consumer purchase they will make to distract themselves, occasionally watching the news to be outraged, and deciding which new trend to latch onto in clothing, music, or hairstyle.  They follow the herd and listen to the TeeVee and then parrot, word-for-word, what the TeeVee says.
And so, people sign on to the idea that having the latest electrical gadget is a "norm" and that not watching Cable TeeVee for hours a day makes you "weird."  And they sign on to the idea that having perpetual debt is a normal condition in life, and that only a crackpot would ever pay off their mortgage or not have an endless string of car payments.
They buy into a norm that says money is cash-flow - you get a monthly income and you spend it in monthly chunks, and your "wealth" is measured by the size of your income, not by the balance in your bank account.
These are the norms, the normative cues that people who live passive lives buy into.  And one problem with these norms, is that they eventually crash head-on into reality, just as the person who thought they could fly crashes into the sidewalk.
There are many people today trying to sound the alarm about our deficit spending - so called tea partiers who hold up signs of Obama as the Joker - or Hitler - and chanting slogans.  They believe that their future is in peril due to the actions of Wall Street Fat Cats or because of Government spending.  And while they are not totally wrong, of course, they are missing the larger picture.
The real alarm that should be sounded is the one about how we all are living our lives as debtors - the conspiracy of 330 million people.  Our government is a debtor government, yes, but we as individuals are debtors as well.  So it should come as no surprise our government is in debt.
In fact, our government encourages debt, along with the debt industry.  Tax incentives are used to encourage people to take out mortgages for the most amount they can - and never pay them off.  And the money they could use to pay off their home goes into a tax-deferred investment account, which again, is directed there by government policy.  We encourage people to save and go into debt at the same time, with the net effect that they don't end up owning anything at all.
And yea, I think about these things and think to myself, "Am I the only one who sees this?  Am I the only one who sees what is on TeeVee as an endless stream of bad normative cues to spend and consume and behave in a manner which is against my own self-interest?"
And I realize that I am not, when I see a "Kill Your Television" bumper sticker or meet a kindred spirit who has found their way out of the debt morass.
But for the most part, it seems, most folks are happy to go drifting through life, following whatever everyone else is doing, parroting what was said on the TeeVee this morning, and never really thinking hard about what their life ultimately means.
Newer Post Older Post Home