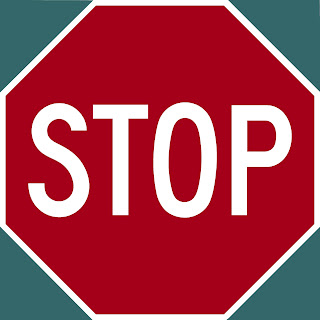 Rolling a stop sign is not just lazy, it produces a real risk of collision.


In my previous post, I mentioned casually that people who roll stop signs are bad drivers.  And yet many people do this and fail to understand why it is a recipe for a certain collision and not just a sloppy driving habit.  So this bears some explanation.

The answer is in the A-pillar.  In your car, there are a number of "pillars" attaching the roof to the body of the car, and these pillars block vision to some extent.

In the auto business, the front two pillars are called the "A-pillar" and the middle ones (unless your car is "pillar-less") the "B-pillar" and the rear ones the "C-pillars".  If you have a station wagon, it may even have "D-pillars".

Obviously, it would be nice if your view was unobstructed, but that is not physically possible with modern car materials.  You need a metal frame around the windows and doors to keep the car together.

The problem with the A-pillar, particularly the one on the passenger's side, is that it blocks your view from about 1 o'clock to 2 o'clock, as they would say in old-fighter plane parlance. 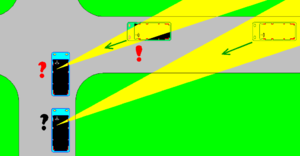 This image is from a Wikipedia page which explains the concept well.


The problem is, if you don't STOP at a stop sign, and there is a car coming the other way, the other car, as it travels, will remain in this A-pillar blind spot - if you are rolling or running the stop sign - until it finally "emerges from nowhere" when it gets close enough that it is no longer obscured by your A-pillar, at which point a collision is inevitable.

And if the "other car" is a bicycle, well, too bad for him!

I know this, because as a youth, I ran a stop sign, and a "car came from nowhere" and hit me.  But of course, if I had come to a complete stop, my A-pillar would have stopped, and the "car from nowhere" would have materialized very quickly.  It is the relative movement of the two cars that keeps the one car obscured by the A-pillar.  And geometrically, this is not an oddball occurrence, but a predictable, repeatable event.

And yet, I see this effect happen all the time.  The other day, I was riding my bicycle and a fellow decided to "cut the corner" making a left turn.  His A-pillar neatly blocked the view around the corner, and unfortunately, I was at the stop sign on my bicycle when he nearly hit me head on.  Only when he made the turn did a bicycle "suddenly appear" in front of him.  The A-pillar is also a good reason to "square your turns" rather than being lazy and cutting corners (quite literally) because you don't want to turn the steering wheel more than a half turn.

As I noted in my Speeding posting, speeding really is a loser's game.  You get tickets, and they ratchet up your insurance rates.  But running or rolling stop signs is even worse in many cases, as it creates a real risk of collision - and most collisions happen at intersections because of this sort of behavior.

Full and Complete Stop - that's the law.  Look Left.  Look Right.  Look Left, Look Right again.  Then turn or proceed carefully, squaring your turn.  Your head is on a swivel - use it.  And it never hurts to "look around" the A-pillar by craning your neck.

People who drive in a static mode - never moving their body, turning their head, etc., end up getting into accidents more often, as they do not "see" traffic around them - because they don't try to see.  And if they like to roll stop signs, an eventual collision is inevitable.

Sloppy driving habits are more than annoying or a source of tickets, they are dangerous as well.

Of course, it pays to drive defensively.  If you are approaching an intersection, look for cars rolling the stop sign and honk your horn and prepare to take evasive action accordingly, if you think you are in their "  blind zone" .

We live on an island of 600 homes with our own State Police substation.  They issue over 200 tickets and warnings a month for speeding, failure to stop, and failure to wear seatbelts - and at least one or two DUIs.  We are well-policed here, and I make sure to obey every traffic law.  Our speed limit has a maximum of 35 mph.  And yet, every month, there are a few traffic accidents.

And most all of them are easily preventable by coming to a full and complete stop.

If you can 100% foolproof avoid a a typical accident scenario simply by doing one thing, why not do it?  Stop rolling stops!