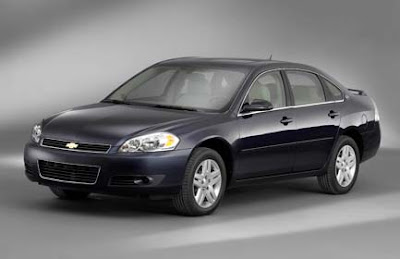 Hard to believe they went bankrupt making fine cars like this?  Oh, wait...

This article from Bloomberg Businessweek is pretty interesting.  Written way back in 2005, it basically predicted the future - what would happen to GM if things didn't change radically and soon.

How did they manage to gaze in the crystal ball and call the shots correctly?  By crunching the numbers.  They realized, back in 2005, that GM was losing money - taking in less than it was spending.   And they realized back then, that the retiree "legacy" costs and restrictive union contract meant that they could not even close unprofitable plants - a sure recipe for disaster.

So why did it take another four years for GM to finally collapse?  Because GM was a Zombie at that point - the living dead.  Like so many Zombies out there today, they were losing money, but had enough cash on hand to keep going for another four years.

Once the cash ran out, the inevitable was a foregone conclusion - and a conclusion spelled out in detail in that 2005 article.

Of course, at the same time, there were, no doubt, many other articles by other authors, pooh-poohing the conclusions of this Bloomberg piece.  And with hindsight as our filtering criterion, we selectively see  this article and go "gee whiz, he saw it all coming!"

But like with the Real Estate meltdown, there are always those who "saw it coming" and often have good, sound logic as to why things will happen they way they will.

Many of us, however, prefer to listen to happy-talk, rather than hard logic.
Newer Post Older Post Home