The Problem with Risk Assessment 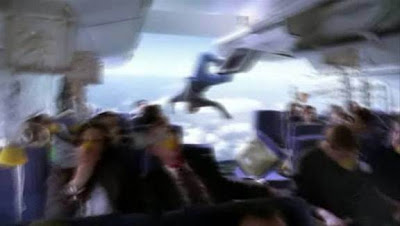 People worry about far-fetched outcomes, like a plane crash, which will likely never happen to you in your lifetime.  But they ignore real risks, like a car crash - which you will inevitably be involved in, within your lifetime.


Risk assessment is a difficult thing for most people.  Most of us assess personal risk based on Fear, and not statistics or the laws of probability.  Thus, for example, many people are afraid of flying, as they believe there is a real risk of a plane crash.  While statistically, they are at greater risk for getting killed in a car crash on the way to the airport.

Our assessment of risk, based on emotional response, is skewed.  We drive cars every day and rarely get involved in a crash (but most people will be in one or more in their lifetimes, I've been in three so far).  And yet airline crashes are very, very rare and given the huge number of flights and miles flown, the odds of you being in a plane crash are pretty infinitesimal.

Familiarization is one aspect of this skewed risk-assessment.  Cars are part of our every day life, and they appear harmless, so we discount the risk.  And control is, I think, a second factor.  People believe (wrongly, to some extent) that they have more control over their car, and thus can take actions to avoid an accident.  In a plane, someone else is driving.

But the control theory is wrong, of course.  Oftentimes the people who are "afraid of flying" are the worst drivers in the world - rolling stop signs, speeding, drinking a latte and texting while on the Interstate.  Yes, they have control, but it would be better if they didn't.

Again, these are emotionally-based assessments of risk, not mathematical ones.  And yet most of us use emotions in risk assessment, but rarely use mathematics.  To be sure, this is partially due to the lack of education in this country regarding mathematics and in particular, probability.  And to some extent, it is due to the widespread belief in superstition, which often trumps even religion in this country.  Ask the ordinary citizen, and they will tell you they believe in things like "luck" and "premonitions".

But basic mathematics?  Only wizards in pointy hats believe in that!

The emotional basis of risk assessment is to blame, in large part, for the recent economic downturn.  People did not "do the math" on these crazy mortgages and crazy home prices, but instead were willing to believe that others would pay them even more for homes later on.

Meanwhile, folks who thought rationally came to the conclusion that when no one could afford to buy a home, people would stop buying them - and bad things would pile up in a hurry.  And they did.  It is not like many of us did not see this coming - although we all hoped it would be a "soft" crash and not the hard one it turned out to be.

And this irrational assessment of risk continues on today.  People are buying Gold on the premise that the Government will fall apart and we will be in chaos within a few years - a very unlikely outcome, given the history of this country, which has survived far worse downturns.  And yet the very, very likely outcome that the gold bubble will burst (as it did in 1982) is discounted as far-fetched. Emotional assessment of risk is, well, risky.

Things like gambling also play into people's emotional assessment of risk and probability.  I've had gamblers tell me that they have "winning streaks" and that you just have to wait until your "luck" comes around.  Slot machine players will tell you then can figure out when a machine is going to "pay off" simply by watching to see whether a machine hasn't paid off in a while and is "due" to pay off.  What these folks don't understand is that probability doesn't work that way, and unrelated probabilistic events cannot be chained together.

Consider the simplest probabilistic event - a coin toss.  I would not have a hard time convincing you that, for a normal coin, the odds of it landing heads up or tails up would be 50%.  If you toss a coin, there is a 50-50 chance it will be heads.

Now, if you toss a coin 100 times, chances are, 50 times it will be heads and 50 times it will be tails.  And most people go along with that.  But within that 100 tosses, there may be a string of heads or tails in a row.  This is to be expected, and is not some "streak" of headness or tailness that can predict anything.  If you flip 10 "heads" in a row, it does not mean you are "due" a tails anytime soon, or that the liklihood of "tailness" has gone up.  Each flip is still a 50/50 proposition, and even if you flip 100 heads in a row, the next flip still has a 50/50 chance of heads or tails.

It is a probablistic distribution.  Suppose you have a classroom of 100 students and have them each flip a coin 100 times.  Most will flip about 50 heads and 50 tails.  But a few will be skewed toward a 70/30 mix (or 30/70) and if you plotted out the distribution, it would follow a Bell Curve.


So you might have one student who flips mostly heads and another who flips mostly tails.  But that does not mean either is "lucky" or has some inherient "headness" or "tailness" in their flipping.  And it does not mean that they are "due" for another heads or tails or the opposite.  Each successive flip is.....50/50 chance of either outcome.

So gamblers who think they are on a "winning streak" or having a "lucky run" are just lying to themselves.  The cards, the roulette wheel, or the slot machine, are all randomized events with no relation to previous deals, spins, or pulls.  And yet, it is tempting, even for educated people, to believe otherwise.

And that is the point of this posting.  Not to stay that some people are stupid idiots who blithly ignore the laws of probability in daily decision-making, but that most of us do this on a regular basis.  We all secretly believe in "luck" or predestination or whatever.  And even the most astute mathematician might buy a lottery ticket now and again.

As I noted time and time again in this blog, to make money in America, you don't need to be a financial genius, but merely act rationally in an irrational world.  If you can be the person who sees through the fog and snags a good bargain, while others are fearfully shying away, you can make out like a badit.

People who bought real estate in 1995, when it was unpopular, made a lot of money.  People who bought it in 2005, lost their shirts.  The same is true for gold, stocks, or whatever else.  The folks who rationally look at investments and say "Gee, after doing the math, this seems like an underpriced bargain" do well.  The folks who say, "Hey, everyone is making money in Gold, I should buy some too!" get fleeced.

UPDATE:  Of course, statistics do not predict particular outcomes.  The guy driving like a maniac to make his flight on a 737 Max from Ethiopia, might be engaging in risky behavior behind the wheel, statistically, but the outcome is not predicted by statistics.  There are anomolies!
Newer Post Older Post Home