The story of the Monk and the rice bowl.... 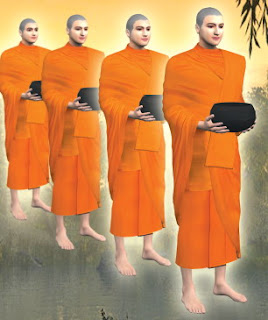 Materialism is not an end in and of itself...

My massage therapist told me this story.....

There once was a Buddist Monk whose only possession in the world, other than his robe, was his rice bowl.

We would spend all day praying, holding out his bowl for alms that people would put in the bowl.  At the end of the day, he would use the bowl to make and eat his rice.  When he wanted a drink, he filled the bowl with water.  The bowl was the only possession he had.

One day, when he got up in the morning, he knocked the bowl off a table, and it hit the floor and shattered into a million pieces.

The Monk looked at the shattered pieces of the bowl for a moment, and then said,