Playing the Float - a Dangerous Game. 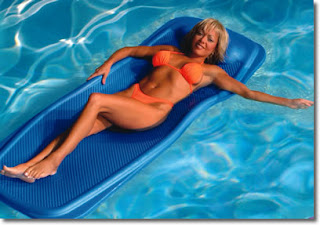 Playing the float can be a dangerous game!


One game that can backfire on you in a big way is to play the "float".  Simply stated, this is using the 30-day grace periods that most creditors allow, to pay a bill without interest.  It can work out, but you have to watch this sort of thing like a hawk, because if you miss one due date, bad things happen. Quickly.

As I noted before, the simplest and best transactions are where you hand someone money and they hand you goods.  You go down to the camel dealer, hand them a few shekels, and they give you a camel.  A simple deal, and a consummated deal - it is "done", finished, completed.

The deal gets more complicated when you say "put it on my tab, I'll pay you in 30 days" or the camel dealer offers a rebate, financing, mud guards, or a free toaster.  The more complicated you can make any financial transaction, the easier it is to fleece the customer.  Side deals distract you from the terms of the underlying deal.

Historically, most businesses have "played the float"  - and my customers do it to me all the time.  In the past, it was not uncommon for merchants to "extend credit" to good customers, who could then buy goods, put it "on account" and then pay at the end of the month when the bill is presented.  Actually, this ends up being quite a "float" as the bill might not be generated until the end of the month (30 days) and then is not due for another 30 days, and of course, the customer can always pay it late, up to a point, before his credit is cut off.

Merchants can encourage clients to pay early, using features such as "2% 10 net 30" which simply means the customer can take a 2% discount if they pay within 10 days, with the full amount being due if paid within 30 days.  Other terms, of course, can be offered, including 1% 10 net 30, net 15, net 30, net 60, or "due on receipt".  And of course, you can make up whatever terms you want to, as a merchant, within the norms of the industry.  Whether or not you get paid on those terms is often another story.

Why do merchants do this sort of billing?  To begin with, it encourages consumption.  If you are not pulling cash out of your wallet at the time of sale, well, you tend not to think about pricing so much, so you consume more.  And for many customers, the cash on hand is not enough to pay for materials and supplies, but cash down the road will.

So, for example, you are a contractor, and are doing a job for a customer, such as remodeling a kitchen.  The customer gives you an advance, but that is not enough to pay your carpenters and plumber and also buy all the materials, cabinets, appliances, and the like.  The local lumber supply place, however, will extend you credit on 30 days.  You order the lumber, finish the kitchen, get paid, and then pay back the lumber supply store.

In theory, it is a great system.  In practice, there are pitfalls.  To begin with, suppliers often end up not getting paid, which means the cost of goods is padded to cover the losses from "deadbeats".  The other problem is, for the consumer end, is that you may end up "borrowing" more than you can pay back, this way, and end up with judgments against you, your lines of credit canceled, and out of business.

For the consumer, the pitfall is, of course, Credit Cards.  People like to charge up things on their credit card, perhaps to get "free airline miles" (which are pretty worthless) and then pay the bill before the due date, and thus not incur any interest expenses.  They "play the float" with their personal expenses, charging everything from groceries to gasoline, and hope to get a free airfare to Duluth as a result.  Of course, you'd have to do this for many years to earn even one ticket, and your miles expire over time, so you may end up chasing that fabled trip to Duluth forever, and never getting it.  Unless you already fly a lot, chances are, you'll never collect on these deals.

Again, in theory, this might work, IF you know your statement date, your payment due date, and have financial discipline to make sure payments are made on time (and don't rely on the postal service to make sure your payment gets there).

One missed payment and it all goes horribly wrong.  Interest is assessed from the date of purchase (some cards used to go back two months on interest, but new laws forbid that).  And if you miss a payment entirely, your rate may be "jacked" to 25% or even 30% "default rate".   Once that occurs, it can be very hard to pay off the balance, as you have, in effect, a payday loan rate.

And of course, playing the float can be dangerous if you over-charge or your income is interrupted for any reason.  For example, suppose you normally charge $2000 a month of expenses on your credit card.  This is not hard to do, as even some utility companies take credit cards these days.  It all works out fine, until one month, you lose your financial discipline and run up $4000 in charges.  Your income isn't sufficient to pay all of that off at once (or another sudden expense makes it hard to pay off) and suddenly, you are "carrying a balance" on that card.  Since you need the card for next month's expenses, and since exorbitant interest is charged, your credit card balance starts to creep up, until, a year later, you have an intractable $10,000 credit card debt - or more.

Or suppose you lose your job, are laid off, or your company goes belly-up.  Suddenly, you have no income to play the float, but last month's credit card bill is still due.  You pay the minimum, but interest accrues, and once again, you end up with a huge debt over time.  If you were on a cash basis, you wouldn't have that debt and interest expense.

The allure of the "float" is that it may appear to provide more income, initially.  Since you are perpetually "floating" say, $2000 a month, you appear to be borrowing, perpetually, $2000 and never paying it back.  But perpetually never quite works out - as when something upsets the apple cart, that loan becomes due.

As I noted before, my clients try to play the float with me, and some Attorneys end up floating away as a result.  A friend of mine represents an Asian law firm, and they owe him a million dollars in legal fees.  They don't pay on 30 days, but rather closer to SIX MONTHS.  And over time, the amount of back due invoices keeps climbing.  They do pay him, of course, but that backlog of billing is huge.  Over time, he has basically a perpetual loan to them of a million bucks.  And once they have him over a barrel like this, he can't walk away from the deal, without losing that money.

So, the float can be dangerous for both creditor and borrower.

Again, simplifying your finances as much as possible is the easiest way to avoid financial trouble.  The more complicated you make your finances, the easier it is to end up suckered into a bad deal - or end up in real trouble.  When you stop chasing the dollars and start chasing airline miles, coupons, gas rebates, and other secondary indicia, you lose focus on the main event, and start making bad decisions - decisions against your best interests.

I have one credit card now, a Capital One card,  with no gimmicks, no fees, and an interest rate of 7.75%, which is very competitive.

What is great about this card, which I use rarely and try to keep at a zero balance every month, is that if I should end up carrying a balance, the interest fees won't bankrupt me.  I actually have a realistic chance of paying the balance back in a short period of time.

And it goes without saying that I set up the card to pay the minimum payment every month from my bank account, so that I won't be "slammed" to a higher rate for missing a payment.  This automatic payment kicks in if I should "forget" to pay the balance due.  And of course, when I make a manual payment, I make the payment online, so I can insure it arrives exactly on the due date.

But frankly, I try to avoid using the credit card at all, if I can help it.  A debit card is a much better bet, as you are only spending money that you have, not money you are borrowing.   Borrowing money, even for a 30-day "float" can go horribly wrong in short order, often due to reasons beyond your control.