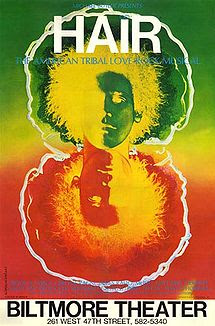 People spend an inordinate amount of money on hair, don't they?
Hair is expensive.  No, seriously.  It is far cheaper to go bald and wear a hat than to have hair.
Women have it the worst, having to have these elaborate hair helmets styled and coiffed and spending tens of dollars a pop - sometimes hundreds in the tony shops - to have their hair done.
And men are only slightly better off.  While the traditional "men's barbershop" gave cheap haircuts back in the day, men had to get a trim fairly regularly to make the short hairstyles from back then look good, which in turn would negate any cost savings.  $5 a week can add up.
And of course, with the advent of the disco era and disco hair, men started going to the same shops as the women, and paying just as much, if not more, for their hair.
And it seems, like so many other things I have noted in this blog, that the poorer you are, the more you pay to have your hair done.  Don't believe me?  Ask Cris Rock.  Hair styles among the poor and minority groups are often the most expensive you can get - extensions, weaves, straightening, styling - it can cost thousands of dollars - and for what?
As I noted in an earlier posting, nearly two years ago, we bought a Braun re-chargable hair clipper for $20 at Bed, Bath and Beyond.  And later supplemented this with a $29 Wahl.  And since then, we've been giving ourselves prison haircuts.  Actually, Mark is so good at this, that some neighbors and friends have asked him to cut there hair as well.  Price?   Two cigarettes, just like in prison.
OK, I already know what you are going to say.  Some stupid suggestion to recycle pocket lint - the exact sort of thing I said I wouldn't be talking about in this blog.  But the funny thing is, not only is this a big money-saver, but a big time-saver as well.  And if you are the type of person who has a haircut that is very simple (set it to #2 and mow) well, it is not too hard to do.
How much money are we talking about?  Well, before, we went to the barber at least once a month.  And it cost us about $20 each, with tip, for a haircut.  So we are talking $480 a year, if not more.  And if you want your hair to look good, getting it trimmed and cut more frequently is the key.
So, in two years, we've saved, well, close to a thousand dollars in haircutting expenses - and that's just after two years.  If you make $100,000 a year, this amounts to 1% of your gross income, perhaps 2% of your net take-home, and perhaps 10% of your disposable income.
And not having to drive to town, sit listening to Rush Limbaugh in the shop, wait an hour for your "turn" and then another half-hour for a cut, well, it is a real time-saver to boot.
And moving forward, the savings will continue to pile up.  The cutting devices themselves cost about as much as one haircut.  So they are cheap enough.  Even if they get dull over time, we can replace them and still save a staggering amount.
And you know what?  It is kind of fun, having someone who really cares about you, cutting your hair.
Of course, this cost-cutting suggestion isn't for everyone.  But it works for me.  $480 a year is a lot of money in my book.  Money I'd rather have in the bank.  That represents time I don't have to work, and time I could be spending on the beach.
Buying stuff = more work = less beach.  Simple equation, really.
Newer Post Older Post Home