The Problem With Photo Hosting Sites 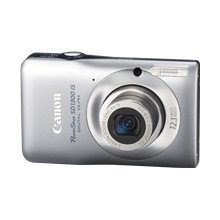 Digital Cameras are great.  But what to do with all the photos you take?