Is Being Stingy a Bad Thing? Only to Spendthifts! 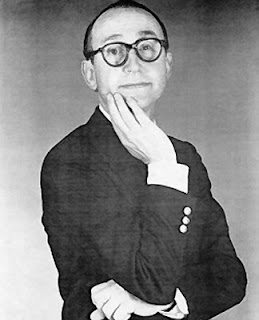 Being miserly is not a bad thing, but a smart thing.  People who squander money are never happy - and they never understand money.  But you'd be surprised how many folks out there think that "stingy people"  are bad.

I can see what Google and other search engine queries hits find this blog.  And some of the queries are quite fascinating.

A number are along the lines of "how can I get my boyfriend to be less stingy?" or "How come my parents/friends/husband/etc. are so stingy?"

The queries are interesting in that they come from folks who think that more money should be GIVEN to them for no apparent reason whatsoever.

In their world view, life is one big old party, but for those mean-spirited parents or spouse, who keep harping about how the mortgage should be paid and who is going to pay the light bill?

Gee, hard to figure that one out, ain't it?

It reminds me of a friend I had, whose husband, in the middle of Law School, decided to become a crack addict.  It is an odd thing, but odder things can happen.  The Law School was in a bad part of town and there were drug dealers everywhere.  He was already smoking pot (which of course is not a "gateway drug" - right?) so crack seemed like a swell idea.  In Law School.

His wife finally left him when he proposed spending the mortgage money on crack.  "But then how will we pay the mortgage?" she asked.  "Beats me, but it will buy a whole lot of crack!" he replied.

She wisely divorced him.  He went on to become a meth head.  Sad story.

You see, you can spend like that, but there are consequences.  Your monthly mortgage payment would indeed buy "a whole lot of crack!" but that still leaves the mortgage to be paid.  And that "mean old bank" (they are SO unreasonable, aren't they?) will come after you and foreclose on your house, tossing your ass out on the street.

Yea, I know, it is SO unfair and all.  All you wanted was a boatload of crack, and here they go tossing your ass on the street.  I'll bet they have all the crack they want.  Greedy bankers!

A lot of people just don't understand money at all.  And it is sad.  It is like the comment I saw on a leasing debate (typed in all lower case, apparently from a cell phone) from a fellow who defended leasing on the grounds that "a good businessman keeps his cash flowin', bro!"

In addition to sounding totally dorky, that comment makes no sense whatsoever.  Wealth is not spending money, but accumulating it, period.  You cannot "keep your cash flowin" to a leasing company and become wealthy.  You are just squandering money and then self-justifying the bad decision with moronic sloganeering.

But I suspect, like with my spend-the-mortgage-money-on-crack friend, a lot of the folks who "complain" that Mom and Dad are "too cheap" (while living in Mom and Dad's basement) may have some drug issues as well.

When your brain has been fogged with Pot, perhaps the idea of how money comes and goes is a mystery.  And when people don't just hand over cash to you when you ask them, they may seem mean-spirited.

But if you are not stoned all the time, it really is no big mystery:

To accumulate wealth, you have to spend less than you make.