Tax Rates and the Middle Class 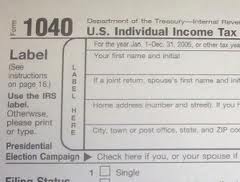 It is all very well and fine to talk about tax rates for someone making $300,000 a year.  But what about the vast majority of Americans?


Tax rates are an odd thing, and most of us have little or no idea what they are paying.  You can probably tell me how many miles-per-gallon you are getting, how many airline miles you have, or what Yogi Berra's all-time batting average was.  But chances are, you have no idea what tax bracket you are in, even if you are pretty astute with finances or math - or like to think you are (and we all do, right?).

The problem is, the brackets and rates change regularly.  And most news programs, fearful of "turning away" viewers, talk about taxes in only the broadest terms - without mentioning nasty things like "numbers" which make viewers change the channel.  So instead, they have guests shout slogans at each other and expect you to feel enlightened in the matter.

But as I noted in my Progressive Tax posting, and as illustrated in this tax rate site, there are a number of important break points in the tax rates that are smack dab in the middle-class income range.

For the sake of illustration, let's use the "Married, filing jointly" rates.  You could use other rates, and there are some minor effects, but the net result is the same.  Note that these numbers are effective as of the date this article was written and updated for 2013.   Go to the IRS website for current rates and break-points.

As of January 1, 2013, the tax brackets have been updated. In 2013, congress allowed the tax cut that was enacted during the Bush administration to expire for taxpayers making over $400K (single filers)/$450K (joint filers) in taxable income. Tax brackets for 2013 are as follows:


The first break point is at $17,850.  If your income is at or below this level, you are taxed at 10% for Federal Income tax.  Money made above that level is taxed at higher rates, 15% or above.  In reality, however, if your are making less than $17,850 a year, chances are you are not paying much in Federal Income taxes, with the earned income tax credit, deductions, and all,.

The first MAJOR break point is at $72,500.  If your income is at or below this level, you are taxed at 15% for Federal Income tax.  Money made above that level is taxed at higher rates, 25% or above.   The jump between 15% and 25% is the largest single jump in the tax rates, and it is right in the middle of what is middle-class income.  So you can see, that if you make $72,500 a year, your taxes will nominally be $10,200 (there are lots of deductions, exemptions, etc, but for the sake of illustration, we will talk the gross calculation here).

If your income goes above this, the difference is taxed at 25%.  So, for example, if you make $85,000 a year, instead of paying 15% on all of it ($12,750) you pay more - $14,000 to be exact.  So there is a disincentive, to some extent, toward working more - accepting that overtime pay - if it means you will be bumped into the next bracket.  Time-and-a-half may be fine and all, but with the increased taxes, it may end up being closer to your regular hourly rate.

Now also note that for people making $72,500 and under (or thereabouts) the benefit of deductions is less.  Since you only get 15% back for each deduction, it is not as lucrative an incentive as to someone in the 25% or 35% brackets.

But note I said "or thereabouts".  You see, if you make $80,000 and are in the 25% bracket, but pay $10,000 in mortgage interest and/or 401(k) contributions, this reduces your income to $70,0000, effectively lowering you back into the 15% bracket.  So even though you are in the 15% bracket, it was that deduction that put you back there, effectively saving you 25% of the deduction amount, if you did not have those deductions.

So you see, the calculations already are complicated.

The second break point is at $113,700, and this is a good break point.  When your income rises above this, your no longer pay Social Security tax, so you end up having an effective lower rate.

Now if you do the math, the first person making $100,000 a year is paying about 23.95% in combined taxes, whereas the second person is paying about 24.84% in combined taxes - even though, with marginal rates, the second guy should be paying a lot more.  The cutoff in Social Security tax ends up saving him 6.2% on his marginal income above $108,600.

Now again, it is hard to make these calculations exactly, as adjusted income and gross income are different things, and some taxes are calculated on gross, and others on net, so it all depends on your deductions and other dodges.  And this is one reason why figuring out taxes in an easy manner is so hard to do.  You end up having to crank all these numbers and the results can be odd or unexpected.

So it is indeed odd that an average "Joe Paycheck" making, say, $75,000 a year gross, who is clearly going to be in the 15% bracket, would argue that the "Bush Era Tax cuts" cut his taxes at all, or that repealing them would "increase his taxes" by any amount.

But like I said, can you name ONE NEWS SHOW that has cranked these numbers at all or displayed them on a screen?  TeeVee watchers don't like numbers - they scare viewers, who are basically math illiterate, and cause people to change the channel.  They'd rather hear happy talk than think about their finances in real term or confront their own financial misdeeds (like spending more than they make, an epidemic in America during the last decade, when our savings rate actually went negative).

But as you can see, it really isn't all that hard to figure out - the numbers are there, available for anyone to see, if you bother to look for them...

Despite the expiration of the "Bush Era Tax Cuts For The Very Wealthy" the major tax bracket cutoffs still occur smack dab in the middle of middle-class income - the jump from 15% to 25%.   If you make a "median" wage in this country, your tax rate will be 15%.   If you are slightly above this, you knock into the 25% bracket and your taxes increase substantially.  It is an interesting system, to be sure, and it encourages the median income earner to keep his income median.

Note also that our tax system is structured so that when you retire, you are encouraged to keep your IRA withdrawals low as well.    So long as you stay in that middle class range, you may end up paying no taxes at all.