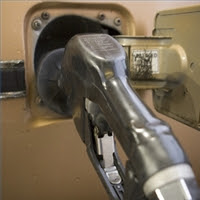 People, particularly poor people, obsess about the price of gasoline, while ignoring other, larger expenses in their lives.  Gas rebate cards play upon the fears of "high gas prices"  by inducing you to spend a lot of money to save a little.  They throw pennies at us, hoping we spend dollars.


Another example of fake financial acumen is the gas rebate card.  As with the airline miles credit cards, the gas cards reward you with a discount on gasoline, or free gasoline, after you have made so many purchases.

The interesting thing about both types - airline miles and gasoline cards, is that they proffer the carrot of something that poor people think is valuable.  "Golly Gee Whiz, Lurleen, we're gonna fly on an aero-plane!"  Or perhaps it is "Gee, gas is so expensive, here is a way I can git it for cheap!"

As I noted before, to stop being poor, you have to stop thinking and acting poor.  And thinking that flying on an airplane is a big deal, or that gasoline is "expensive" is one sure way to remain poor.  Free airline flights and discounted gas are not some big "treat" or giveaway.  In fact, as we shall see, what they are giving you is a pittance compared to what they take in.

The gas rewards cards take a number of forms.  Some are credit cards, some are loyalty cards.  Oddly enough, most of the loyalty cards are from grocery stores, not gas stations.

We recently had an experience with one of these at the local Winn-Dixie. They were offering a staggering 50 cents off a gallon of gas at Shell, if you bought over $100 in groceries in one purchase.  But what they didn't say was that your existing "rewards" card wouldn't work, and you'd have to get a new magnetically-encoded card to participate.  So our purchase of $100 of goods didn't count.  And of course, the 50 cents off deal was "for a limited time only".

And of course, it was limited to 10 gallons.  So you get $5 off nearly $40 of gas, after buying $100 of groceries.  Neither Winn-Dixie or Shell was giving away the bank here.

The REAL deal was that depending on how much you bought in groceries, you could get 5, 10, or 20 cents off each gallon of gas.  So after one shopping trip, newly minted magnetic card in hand, we set off for the Shell station (not our first choice) to "cash in" on this great deal.

Now, the price of gas, at the time of this posting, is $3.35 a gallon - at the Flash Foods here on our island.  The Shell Station wanted $3.55 a gallon, exactly 20 cents more.  So we jumped through all these hoops and ended up. . . . paying the same amount for fuel that we would have at the gas station nearest our home.

In other words, the savings were zilch.  Zero.  Nothing.  Bubkis.  Nada.

And everyone these days is jumping on these "rewards" bandwagons and it is really starting to get on my nerves.  I can't buy pet food, office supplies, groceries, gasoline, heck, just about ANYTHING without being asked first if I have a rewards card or would like to get one.  Suddenly, nearly every single financial transaction in my life requires I swipe some sort of "loyalty" card - and I have a wallet full of at least 20 of these - plus a separate key chain with corresponding bar-coded or magnetically coded "key fobs" for the same stores.

I hate it.  They want to harvest your demographic information and the bait they use is to offer you crappy prices on food - if you want to retain your anonymity.  Or they offer the bait of a few pennies off a gallon of gas, which as we have seen, isn't really a lot of money - if any savings at all!

There are also gas rebate cards tied to credit cards.  These are even worse than the loyalty cards, as like with airline miles, they are tied to the most odious forms of credit cards available - cards with staggering annual fees of $100 to $150 or more, plus interest rates that only a loan shark could love.

I am only hoping that some day these rewards schemes will backfire, and like green stamps, fade into obscurity.  Perhaps, perhaps not.  People seem to like these programs, and the discounts offered for using the "rewards cards" in many grocery stores are significant - to the point where you have to use them.  Fortunately, most clerks have a "generic" card at the register they will scan for you, so you can still get the lower price, while not having to tell a computer what you like to buy.

But with the "free" or discounted gas thing, I fail to see the savings.  Unlike grocery stores, gas stations still compete on price, and for every high-priced gas station offering "rewards" to bring the price back down to reality, there are other stations that just offer low prices without gimmicks.  So instead of chasing gas rewards, it is easier to just go to the lower priced gas station.

Like anything else, there are, of course, exceptions.  For example, if the corner grocery store is offering this deal, and the gas savings are for a gas station you frequent anyway, maybe it makes some sense.  But don't kid yourself that you are being "financially astute" by doing this.  All you are doing is following the herd, right down the chute they designed, and into the slaughterhouse.

And guess what?  The gas station here on the island, which has low gas prices, is offering a gas discount card as well.  5 cents a gallon, for a "Go Blue" card that debits your checking account for the gas you buy, using ACH debit.  Is this worth it?    For super unleaded at nearly $4 a gallon, this works to a 1.25% discount - hardly a major sacrifice on their part.  And for the average driver, driving a 20 mpg small SUV 15,000 miles a year, the savings, on 750 gallons of gas, comes to a whopping $37.50 a year.  And I drive maybe 5,000 miles a year.

UPDATE:  Most credit cards with dollar rewards (not airline miles, thanks!) offer 3% off on gas purchases, so this beats the "GoBlue" card.  What "Go Blue" is trying to do is avoid paying VISA and M/C fees and debiting your checking account instead.  But from a customer perspective, the credit card is a better deal - provided you pay off your balance every single damn month, of course!

What's the upshot for the gas station?  Probably lower charges, compared to credit card and debit card fees.  By using ACH debit, they save the 2-3% fee that the credit card companies charge on each transaction.  So they have incentive to offer us 1.25% instead.

Will I do it?  Perhaps.  Perhaps not.   They want not only my bank account information, but my PIN number, driver's license number, and a lot of other personal information that basically gives them complete access to my bank account.  For five cents a gallon?  I don't think so.    But even if I did, I won't be kidding myself that by doing so, I am being financially astute or clever.  It is just a gimmick they are throwing at us - a marketing ploy.  And when you bite on the bait set out by marketers, generally bad, bad things happen.

Why can't people just sell things the old-fashioned way anymore?  You know, here's a dollar, you give me goods.  Every transaction is so complicated today that it makes one want to stop consuming....
Newer Post Older Post Home