Should You Invest While In Debt? 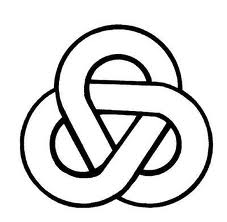 Investing while in debt is a bit like circular reasoning.  You end up loaning money to yourself.


One of the most popular hits on my blog is a result of the query "Use 401(k) to pay off mortgage".  As I noted in my 401(k) to Pay off Mortgage posting, this is tricky, if not impossible to do - without incurring a staggering tax bill.

My previous posting was about "Gov't Gold" coins, which I don't think are a swell investment.  But many folks are buying minerals, based on hype from TeeVee.  I ran into one fellow, who told me he was cashing in his 401(k) to pay his business loan - but at the same time was buying Gold and Silver.  Does it make sense to be "investing" when you are so desperate for money you are tapping into your 401(k)?  No, it does not.

(Buying gold while cashing in your 401(k) is just insane.  My friend who is doing this fails to see that he is paying taxes on that 401(k) investment.  If he really wants to buy gold, he should at least hold it in his 401(k) by rolling that money over into a gold fund or something.)

In a way, investing money while you are in debt is a little like loaning money to yourself.  You are borrowing money (the debt) and at the same time investing money (paying yourself).   You may feel you are getting "ahead" but in reality, you are paying interest on that borrowed money, so you really are not getting as far ahead as you could be if you were debt-free.

And if interest rates on your loans go up - and returns on investments go down - you can lose it all in a real hurry.

And compounding this (or the cause of all this) is the tax incentives thrown at us by the Government.  As I noted in an earlier posting,   the whole 401(k) concept is a bit of a con-job - you "invest" money in it, to get a tax deduction, while at the same time borrowing money to buy a home - to get a tax deduction - and the money invested goes into mortgage-backed securities, which in turn, finance your mortgage.  You often are literally loaning money to yourself, with bankers picking up fees on each end of the deal.

In fact, if you think about it, the tax code must have been written by bankers - it encourages us all to send money their way and pay their fees, whether it is loan origination fees or management fees for our mutual funds.

And people who buy into this "monthly payment juggling" lifestyle pay a lot in fees, in terms of interest, loan fees, points, management fees, etc. to bankers for every aspect of their lifestyle - every purchase has a little 5% ding that goes to their finance company overlords, whether it be the credit card people (even if you don't carry a balance, the merchant has to pay the bankers a fee!) the mortgage people, or those nice folks at the mutual fund place.

To some extent, you can't escape it.  But you can at least minimize its effects by being as debt-free as possible, having a plan to become totally debt-free, and by minimizing load fees on your investments.

So, should you invest while in debt?  There is no black and white answer to this, I think.  But I have some personal guidelines I would use today.

1.  If you have high-interest rate debt such as credit cards or consumer loans or auto loans, paying these down should be a priority.  There is little point in putting money into investments that earn maybe 7% rate of return on a good day, if you are paying interest charges of 8% to 25% on consumer loans, credit cards, or the like.  You are not running in place, but falling behind.

2. If you have tax deductible, low-interest debt, such as mortgage debt or student loan debt, it may "make sense" to invest in your 401(k), as the rate of return on that investment may exceed the interest rate on your debts.  And with the tax deductions on either end, the delta may be effectively higher.  but never confuse a deduction with making money - deductions only ameliorate losses, not relieve them entirely.

3.  If your net worth is decreasing (e.g. your debt load is increasing) while you are investing, then you are merely borrowing money to invest.  Borrowing money to invest is very tricky and difficult and should be left to professionals.  If your investments go sour, you still have to pay back that money!  So while you may not see a direct connection between your VISA bill and your 401(k), there is one.  If your VISA balance is increasing every month, while at the same time you are investing, it simply means that you are living beyond your means - and that investment money is, in effect, being borrowed on your credit card, which is idiotic.

So what does this mean?  Some folks, of course, would take this the entirely wrong way, and use what I have said here as an excuse to not invest at all, and instead spend more on their credit card.  But that is not what I am saying.

What I am saying is that getting out of debt is the best and safest investment you can make.  You have to pay back your debts eventually.  The sooner you pay them back, the more money you save on interest payments - a guaranteed "return on your money" if ever there was one.  And if you can stay out of debt for the long haul, the savings in not paying interest will snowball considerably.

Not to mention all those principle payments you won't have to be making...

The best approach, I think, is to not take on debt, except in very serious situations, and even then, take on the least amount possible.  Instead of a showplace mini-mansion that busts your budget, buy a house that suits your needs, not your ego.  And if you have to take out student loans, take out the least amount possible to pay for school, and get a part-time job to pay for your living expenses (it can be done, I did it!).

American is a debtor nation, and we've been raised to believe that debt is a fine and wonderful thing.  But in reality, debt is like a cancer on your soul - it wears on you and makes you terribly unhappy.

Investing while heavily in debt really makes little sense, and can be very risky.  Unless your investments always pay back more in interest than the interest paid on your debts, you could end up in serious trouble.  And back in 2009, that is exactly what happened to a lot of middle-class Americans, as the value of both their 401(k) accounts and their homes plummeted, while the interest on their ARMS went up.
Newer Post Older Post Home