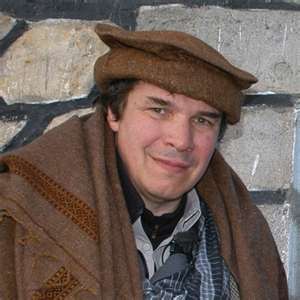 Is this man a saint or a crook?  60 Minutes says the latter.


I received a letter in the mail from the "Central Asia Institute" which is an interesting anagram for CIA, if you think about it, signed by a Greg Mortensen.  He was whining about how 60 minutes did an expose on him, and how it is all lies.

I never heard of the CIA, er, I mean the CAI and this Mortensen fellow.  But apparently, people are rightiously pissed off at him, as he did the usual thing, wrote a book, raked in royalties, set up a tax-free "Non Profit" Corporation, and, well, did pretty well for himself, apparently.

Ostensibly, the charity was set up to build schools for girls in Afghanistan and Pakistan.  But there is some question now as to whether those schools were built or ever ran or are still running.

As I noted in "The Profit in Non-Profits", you can make a lot of money working for, or essentially owning, a Non-Profit organization.

And according to the 60 Minutes report, the way he did it was by pocketing the money from his two books as well as his $30,000 speaking fees, while having his charity pick up the tab for private jets and travel expenses.  Not a bad gig.

I am not sure why he wrote a letter to ME about it, other than I am on some charity mailing list.  As far as I know, I never donated to his cause or inquired or contacted the CAI at any time.

But his experience illustrates how donating to charity and following causistas can be difficult.  It can be hard to tell the real-deal from people who are lining their own pockets - and the latter can do real damage to the whole concept of charities.  As I noted in the Profit in Non-Profits, you can make a lot of money running a "non-profit" organization.

And unfortunately, this sort of thing happens with regularity.  Organizations take on a life of their own, and once they become established, well, self-preservation becomes their primary focus.

So it does not surprise me that these sort of allegations are being leveled against Mr. Mortensen. This sort of thing happens all the time.

Before you send off your life's savings to "do good deeds", make sure the money will go to do good deeds and not pay for someone's private jet.

Checking out the organization Charity Watch is one good step.  But the problem with such organizations is that they sound the warning only after the barn has burned down - in this case, only after board members and the treasurer have resigned over accounting issues and the organization has been exposed on "60 Minutes".

Charity Watch does have an interesting feature - it lists the salaries and compensation for various charities.  Here is a list of the top charity earners.  There is a lot of money to be made in Charity!  I wonder how much these guys donate, of their own salaries, to their charity?  Or why not just take less money?  A million bucks a year?  That does seem a bit excessive - for a charity.

Oh, well, charity begins at home.  My personal opinion is that I don't need to give money to a charity that is paying people hundreds of thousands of dollars a year in salaries.  Let them donate first!

UPDATE: June 2011:  This article in TIME Magazine takes a look at the numerous Cancer Charities out there.  Many of them spend far more on fundraising than they do on actual research.  Some spend none or close to it!  Still think you are "better than me" for donating to one of these Charities?  If you don't check it out, first, you are just tossing money to marketers and con-artists - but that is redundant.
Newer Post Older Post Home