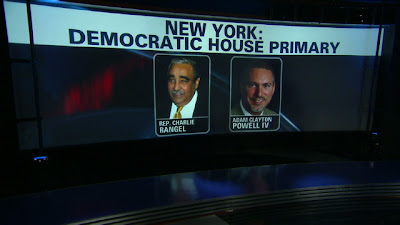 One reason that our choices of political representatives is so odious is that we have a primary system.  And in many States, these primaries are "closed" - meaning that only people registered for a certain party may vote in that party's primary.

And since an overwhelming majority of Americans are "middle of the road" it means that we often end up with two extreme choices in our candidates, and it also means that we end up with extreme politicians, and thus gridlock in government.

The Independent Voting organization is presently appealing a decision in a lawsuit brought by the Republican Party to make primaries in Idaho and California "closed".  If this suit succeeds, then many more States may follow suit, making their primaries "closed" and in which case, you can expect to see more extreme candidates, on both the Right and Left, being nominated.

And this is a shame for America, as most of our best politicians (an oxymoron, I know) are from the center, not from the extremes.  Most politicians today owe their offices not to the "party faithful" but to the independent voters and moderates from both parties.  Strip this away, and we will end up with nothing but extremists.
Newer Post Older Post Home