What is the Allure of Owning Things? 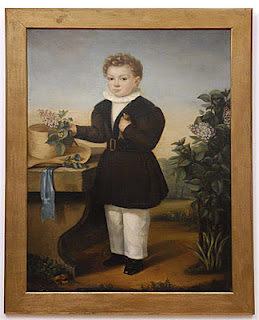 When I was a child, owning things seemed like the end-all to humanity.  No doubt due to heavy training from the television set, I learned early on, to want things - to want to own things.  A shiny Schwinn Sting Ray, a train set, a G.I. Joe.  If you could only own these things, your life would be complete - so said the television.


But a funny thing, owning things turned out to be less fun than expected.  And sometimes it was positively evil.  I remember visiting a friend's house at that age (maybe 8 years old) and he had some new, desirable toy that he had received for his birthday.  He was very possessive about it and would not let anyone else play with it, which of course lead to bad feelings and disputes with the other kids.  He wanted to lord over the rest of us about how he had a desirable object, and we did not.  And it was not pleasant.  Greed, envy, jealousy, and a lot of other negative emotions are tied up in that.


We expect that from kids, of course.  But it mirrors the behavior of adults as well.  You'd think I would have learned from that, but at age 8, the only thing I learned was I wanted to have the withheld item even more, perhaps just to "show him" that I was as important.  Consumerism is learned early on.  And the message about consumerism then, as now, was that owning things was status.  You have a shiny consumer good, and you think you are better than other people because of it.


But it is a shallow way of thinking, of course.  Not only that, it is a way of thinking that never works for very long.  When I was 7, I got a shiny blue Schwinn Stingray bicycle for Christmas.  I thought it was pretty cool, and the other kids ooohed and aaaahed over it.  I was king of the world, I thought, at least for a few months.  Then the neighbor kid got a Schwinn Stingray "Cherry Bomb" for his birthday, in candy-apple red, with a real slick tire on the back and a springer front end.  Suddenly, my blue Schwinn was yesterday's news.


So even if you are shallow enough to want to chase after status by buying "things" you will continually have to buy them, as the bar is continually raised.  You have an iPhone?  Cool!  Oh wait, not the lame "last year's model" is it?  Too bad!


The other misconception about owning "things" is that we often feel that once we buy something, we will be "set for life" so to speak.  When I was a teenager, I wanted to have a cool stereo.  I thought, "Gee, if I only had that, I'd be set for life!"  But of course, back then, having a wall of electronics was a status symbol for the 20-something set, and an amazing number of people would go into debt to buy such things.

But more importantly, while a cool stereo seemed like something I'd have for life, after about a decade, it was pretty obsolete.  Things break, speakers dry-rot out.  Formats change.  The "ultimate turntable" turns out to be pretty worthless in the age of CD players, which in turn are obsolete in the age of iPods.


And for many people, it can be hard to "let go" of such things, as they "paid a lot of money for them" and also thought they'd have them forever.  I've seen people hang onto items from their youth this way, or old electronics, or whatever.


But the material is fleeting, and owning something is not an end in and of itself.  At best, you may be stewards for material things for a short time.  You will eventually die and you really, really can't take it with you (the Pharaohs tried, it didn't work).

And there is another aspect to ownership, one often touted in those gadget commercials - the idea that your life will be changed forever.  That once you get Ronco rotisserie oven, you life will be viewed as having two phases - the dark, primitive period before you bought the oven, when your life was frustrating and difficult, and the rosy sunlit new dawn that occurred after you received the oven, when everything was happiness and light.  They sell you on the idea that a possession is going to "change your life" but they rarely do, and if they do, it is often not for the better.


But there is yet another misconception about owning things that can be damaging to your finances.  The idea that once you buy something that it is yours and costs you nothing, is often erroneous.  As I noted in my "should you rent a boat?" posting, the cost of owning a boat - including storage, insurance, and especially depreciation - can be staggering, if you do not use it very often.  For the occasional boater, renting makes a lot more sense.  $5000 a year depreciation on a boat can rent a small yacht for two or three weeks.  Which is better?


Similarly, the "dream of home ownership" has turned to a nightmare for many, and the joy of owning a condo is far less than the joy of renting one.  And as I have learned, renting a vacation home for a few weeks a year can be more fun and less work than owning one - and less costly as well.

Owning something has a cost, if it is depreciating.  Thus, having an object is only worthwhile so long as you are using it.  Otherwise, you are better off selling it, liquidating the capital, and investing it.  And this is true whether it is a $20,000 car or a $20 toothbrush holder.  Hanging on to things has a definite cost (as does acquiring them in the first place).


Suddenly, it occurs to me that the idea of "ownership" is somewhat specious.  Like a car lease, we never really own anything, but merely hold onto it for a period of our lives.  Eventually, we sell or give away all of our possessions and move on.


So why the obsession with ownership in our society?  Well, it is good for business, to be sure.  If you can convince people, like myself when I was 8, that having the latest and greatest toy will make your life complete, well, it sells a lot of toys.  And the same idea is true for adults as well - and adults even call their possessions "toys" as well.


And perhaps it is part of our human nature to cherish possessions and "things" - after all, we are a tool-making species, and if we discarded our sharp rocks without so much as a thought, we would not have them when we need them.


But perhaps in this modern world, our urge to accumulate and hang on has short-circuited somehow.  Collecting nuts and berries, good hide-scraping rocks, or taking down a Mastodon did not require monthly payments for cavemen.  And even cavemen threw away their sharp rocks when they split in half.


Materialism is more than merely a shallow form of living or thought.  It is also financially crippling as well.  And yet most people in America are heavily in debt for material things, hoping that a fancy car or a new gadget will make them happy and impress their friends and provide them with status in the pack.


Less is more.  I'd rather do things than own things!